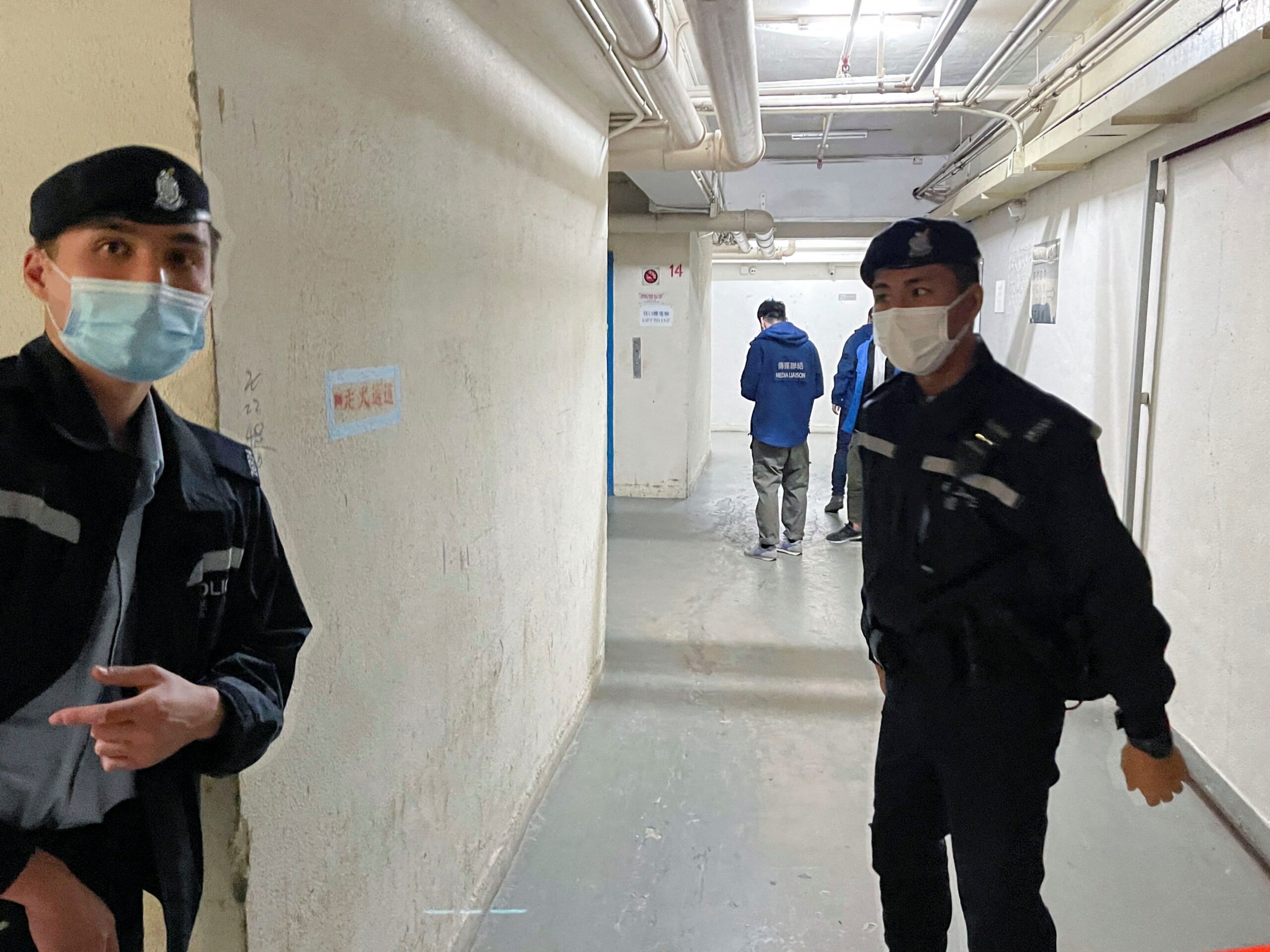 ARRESTS. Police stand guard outside the Stand News office after seven people were arrested 'for conspiracy to publish seditious publication' according to Hong Kong's Police National Security Department, in Hong Kong on December 29, 2021.

Stand News, set up in 2014 as a non-profit, was the most prominent remaining pro-democracy publication in Hong Kong after a national security investigation this year led to the closure of jailed tycoon Jimmy Lai’s Apple Daily tabloid.

The raid raises more concerns about press freedom in the former British colony, which returned to Chinese rule in 1997 with the promise that a wide range of individual rights would be protected, media advocacy groups said.

“Stand News is now stopping operations,” the publication said on Facebook, adding all employees had been dismissed.

Li said police seized assets worth HK$61 million ($7.82 million) as well as computers, phones and journalistic materials, and that he did not rule out further arrests.

“We are not targeting reporters. We are targeting national security offences,” Li said.

Reuters could not reach those arrested or their legal representatives.

Ronson Chan, Stand News deputy assignment editor and the head of the Hong Kong Journalists Association (HKJA), was not among those arrested but said police confiscated his computer, mobile, tablet, press pass and bank records during a search of his home.

“Anybody who attempts to make use of media work as a tool to pursue their political purpose or other interests countering the law, particularly offences that endanger national security, they are the evil element that damage press freedom,” Lee said.

Earlier on Wednesday, scores of police were seen loading about three dozen boxes of documents and other seized material onto a truck.

Sedition is not among the offenses listed under a sweeping national security law imposed by Beijing in June 2020 that punishes terrorism, collusion with foreign forces, subversion and secession with possible life imprisonment.

But recent court judgments have enabled authorities to use powers conferred by the new legislation to deploy rarely used colonial-era laws covering sedition.

Authorities say the security law has restored order after often-violent pro-democracy unrest in 2019. Critics say the legislation has set the financial hub on an authoritarian path by quashing dissent.

In June, hundreds of police raided the Apple Daily, arresting executives for alleged “collusion with a foreign country.” The newspaper shut down shortly after.

The Stand News charter stated independence and a commitment to safeguarding “democracy, human rights, rule of law and justice.”

After the Apple Daily raid, Stand News said it would stop accepting donations from readers and had taken down commentaries from its platform to protect supporters, authors and editorial staff, adding that “speech crimes” had come to Hong Kong.

The Global Times newspaper, published by the Communist Party’s People’s Daily, in November quoted the vice-president of the Chinese Association of Hong Kong and Macau Studies, a semi-official think tank, saying “Stand News will come to an end” as “the survival room” for anti-government outlets was shrinking.

This year, the government has also embarked on a major overhaul of public broadcaster RTHK while authorities have said they are considering “fake news” legislation.

The HKJA said it was “deeply concerned that the police have repeatedly arrested senior members of the media” and searched newsrooms. – Rappler.com