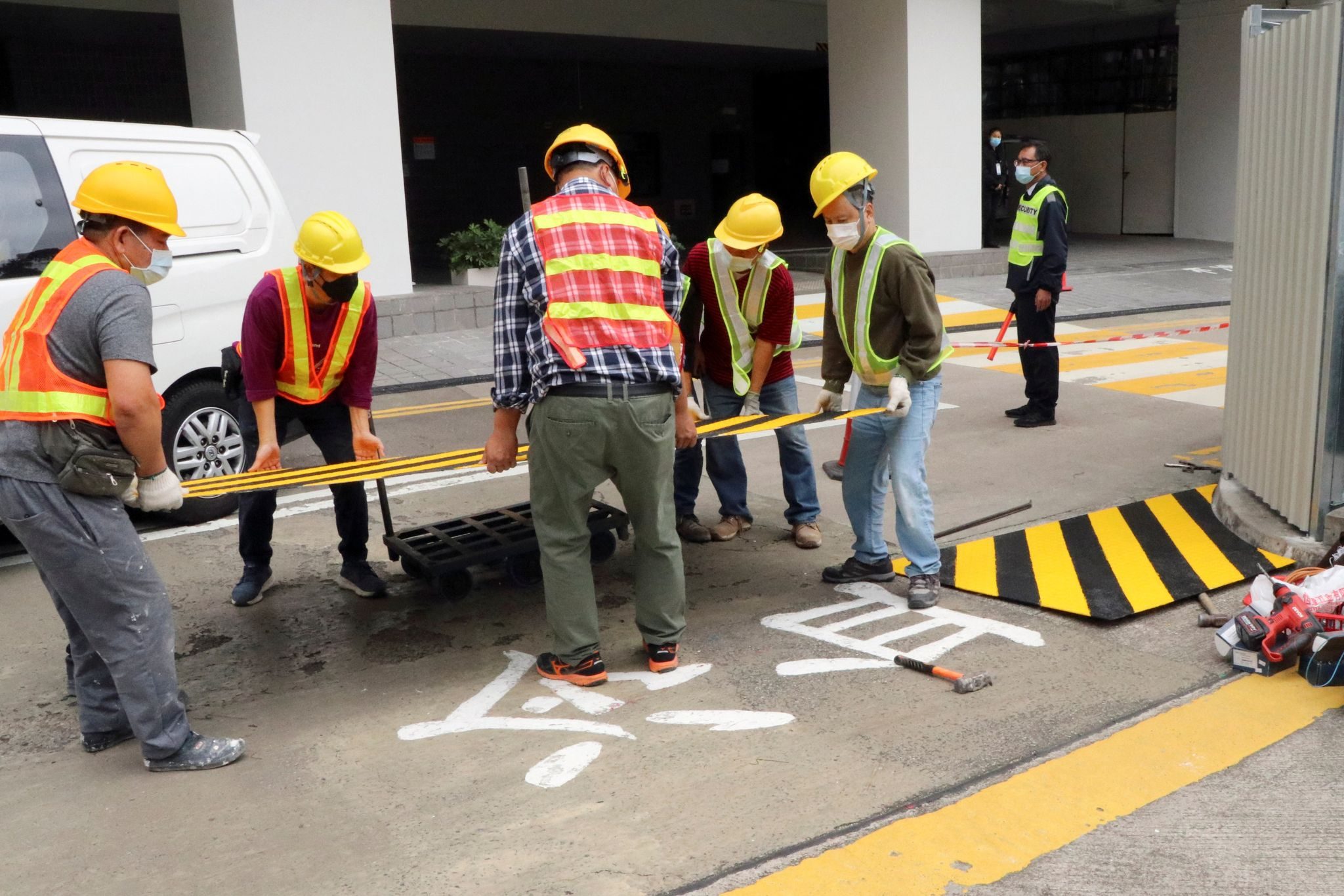 REMOVED. Construction workers cover with a metal plate parts of a painted slogan commemorating the 1989 Tiananmen Square crackdown, along the Swire Bridge at the University of Hong Kong (HKU) in Hong Kong, China January 29, 2022. The Chinese characters read: "cold-blooded".

The slogan, painted in Chinese characters on the pavement, read: “The souls of the martyrs shall forever linger despite the cold-blooded massacre. The spark of democracy shall forever glow for the demise of evil.”

Asked why the university, which took down a “Pillar of Shame” Tiananmen statue in December, covered the 20-character slogan, an HKU spokesperson said by email: “The University of Hong Kong regularly conducts maintenance works at various locations and facilities, with the above site being one such project.”

For over three decades, it has been a tradition for students at HKU to repaint the slogan on the bridge before the anniversary of 1989 crackdown. The fencing-off of the 20-meter (65-foot) long slogan is the latest step in Hong Kong involving memorials, people, or organizations affiliated with the sensitive date and events to mark it.

Rights groups and witnesses say thousands may have been killed in the Beijing crackdown on students and democracy activists. Chinese officials have given a death toll of about 300.

The former British colony had long been the only place on Chinese soil where June 4 could be publicly remembered, unlike mainland China where it is a taboo topic and censored. For the past two years, however, authorities have barred an annual candlelight vigil, citing COVID-19.

In December, three local universities took down sculptures commemorating the 1989 Tiananmen Square crackdown in Beijing in which hundreds, perhaps thousands of people were killed after Chinese troops fired upon civilians.

Authorities have been clamping down in Hong Kong under a national security law imposed by Beijing in 2020 that some foreign governments, including the United States, say is being used to suppress civil society, jail democracy campaigners, and silence dissent.

Authorities say the law has restored order and stability after massive street protests in 2019.

Several workers and security guards at the bridge site declined to comment on the work. Parts of the slogan that could not be surrounded by the nearly two-meter (six and a half foot) high hoarding were overlaid with metal plates on the road. – Rappler.com