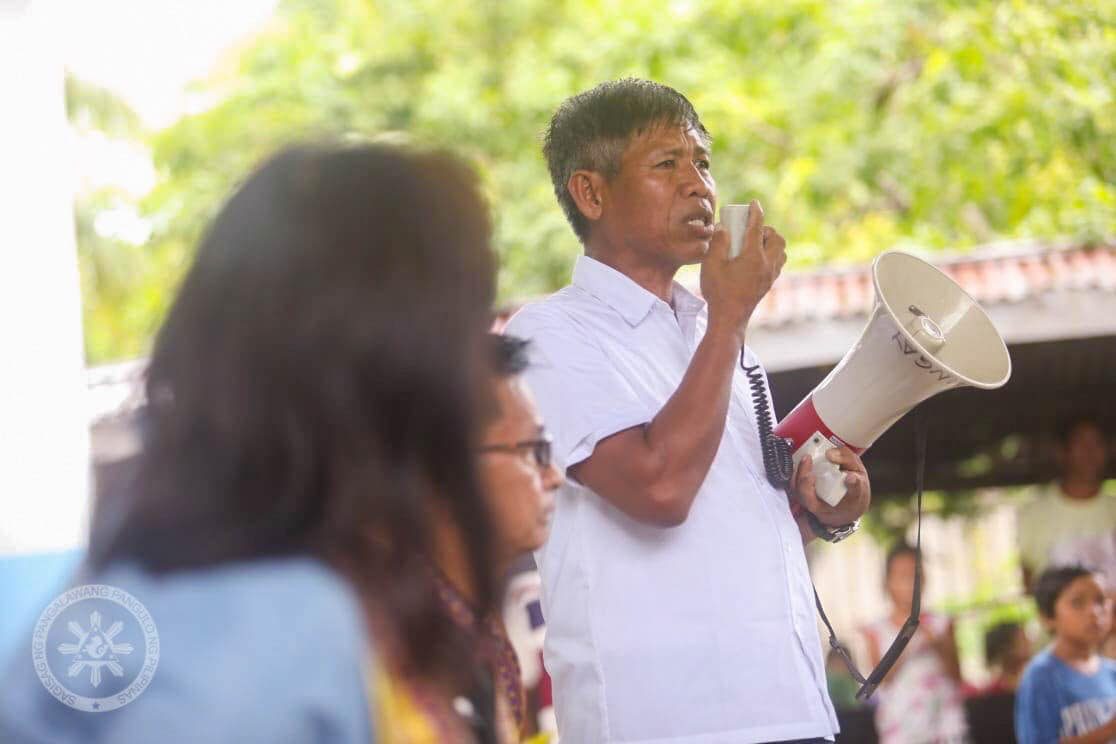 INSPIRATION. This file photo shows Roberto 'Ka Dodoy' Ballon during one of his visits in Camarines Norte in 2019.

Facebook Twitter Copy URL
Copied
Ka Dodoy's dedication to his family and community has earned him the 2021 Ramon Magsaysay Award, considered the most prestigious award in Asia

For decades, the vast sea has been witness to Roberto Ballon’s transformation from a young fisherman to a leader who’s helped buoy the fishing industry in his town.

Ballon, or Ka Dodoy to many, is among the recipient of the 2021 Ramon Magsaysay Award, which is considered the most prestigious award in Asia. It is given to exemplary individuals who have made a big difference in people’s lives.

The fisherman from Mindanao, who has relied on the sea all his life, combined his passion for fishing and dedication to help others as he started a “green movement” in Zamboanga Sibugay. In 1994, he led the planting of mangroves in Kabasalan to save the aquaculture in their humble town.

With at least three generations of fishers in his family, Ballon’s life has been tied to the sea since he was 13 years old.

One of the worst storms he’s had to face is the shrinking of catch in Kabasalan that started in the 1990s, no thanks to illegal fishing practices such as dynamite fishing.

(Back then, whenever we went out to sea, we’d see our fishing areas vanishing and becoming fish ponds. Whenever we went farther out, we couldn’t catch any fish because of dynamite fishing or because the big ships were there.)

At the height of the crisis, Ballon looked to his family and realized that he had to do something. 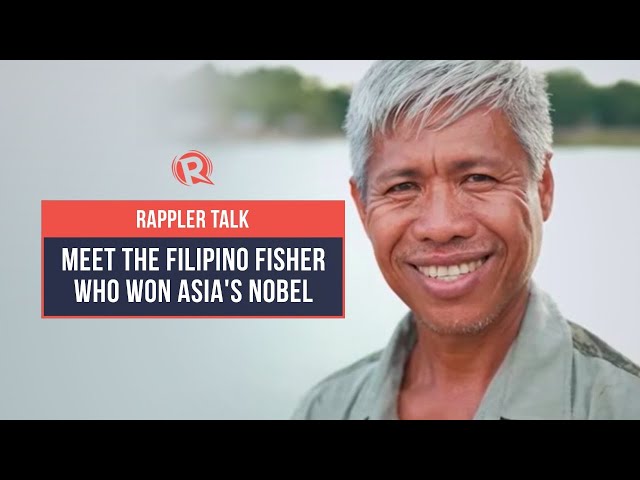 “May mga anak ako. May pamilya rin ako na umaasa rin [sa dagat] araw-araw,” Ballon said in a Rappler Talk interview. (I have children. I have a family who also rely on the sea every day.)

Members of the Kapunungan sa Gagmay ng Mangingisda sa Concepcion, of which Ballon is the leader, also looked to him for help.

“Can’t we do something? Who would help us?” Ballon said, recalling the questions he got from his fellow fisherfolk back then.

(They relied on me as their chairman to do something. And those are my values: as the life of Jesus Christ and the teachings of the church taught me, you need to bring your sheep to greener pasture.)

One day, while roaming around their ponds, Ballon noticed that crabs and other water resources were living in some of the mangroves in their area. This gave him the idea of encouraging his fellow fisherfolk to plant more mangroves.

According to the IUCN, marine species are attracted to mangrove habitats because of the high food availability, cooler water, and higher oxygen content in the area. The United Nations Environment Programme, meanwhile, said that mangroves provide valuable nursery habitat for fish and crustaceans.

Ballon and his colleagues started planting mangroves every day from 1994 to 1997. In just three years, they were able to plant 50 hectares of mangrove in their town – an initiative that saved their livelihood and became their safety net.

What was just a simple idea ended up saving the community’s drowning livelihood.

Ballon considers fishing as the main source of his happiness. The fisherman said he’s ecstatic whenever his colleagues would have a bountiful catch.

How helping fellow fishermen got Roberto Ballon the Magsaysay award (I don’t think I’d be happy if I stopped participating in programs like this. It makes me happy to talk to these people every day and see my members catch good fish and harvest oysters. I’m ecstatic because of that.)

(It makes me really happy whenever I see that my members have money or [fish] products because those are our weapons to fight poverty. Here, no one can be oppressed anymore, I’m sure of that.) – Rappler.com