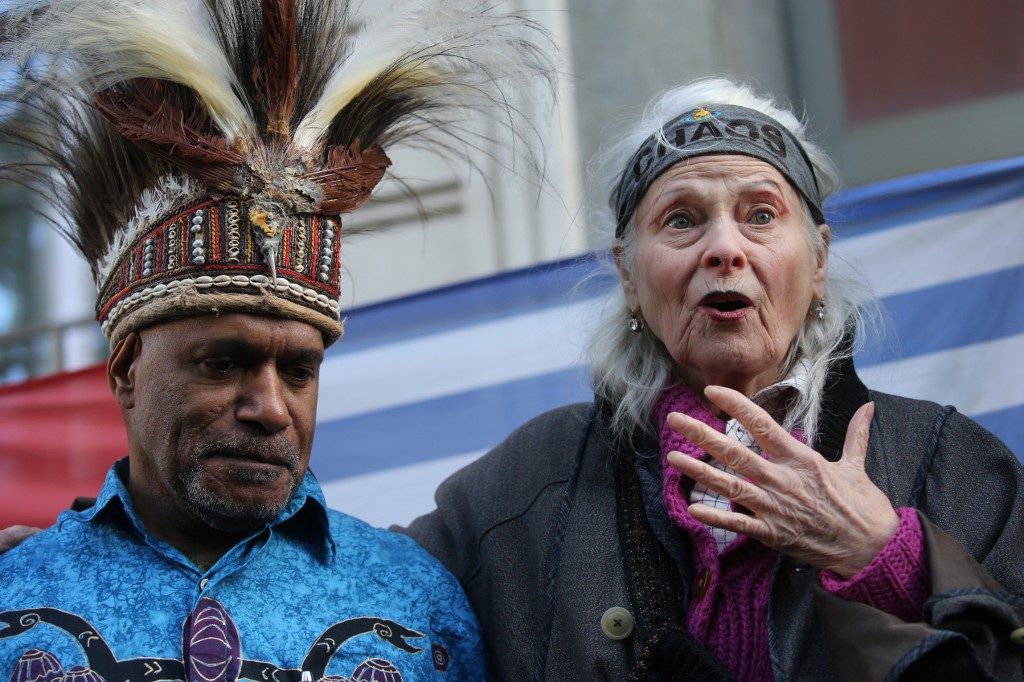 British designer Vivienne Westwood, (right), gestures with West Papua activist Benny Wenda in this file photo of a protest action to highlight the exploitation of the West Papua rainforest and the continued presence of BP in the area, outside the headquarters of BP in London, on October 18, 2019.

Facebook Twitter Copy URL
Copied
Benny Wenda, leader of a pro-independence group, declares himself the president of a new interim government in Papua, but an infuriated Jakarta dismisses his claim

Benny Wenda, leader of a pro-independence group, this week declared himself the president of a new interim government in Papua, but an infuriated Jakarta dismissed his claim.

“The British ambassador promised he would deliver Indonesia’s strong protest and he also reiterated the UK government stance on the sovereignty and unity of Indonesian regions,” he said in a statement on Saturday.

Indonesia took control of Papua, a former Dutch colony, in the 1960s after a vote – widely viewed as rigged – showed a majority favored staying under Jakarta’s rule.

Wenda, who has been living in Britain since the early 2000s, leads one of the groups campaigning for Papua’s independence, and Jakarta has declared that he is no longer an Indonesian citizen.

Indonesian security forces tasked with crushing the Papua rebellion have long been accused of committing atrocities against Papuan civilians.

The impoverished region has also seen communal and ethnic violence in recent years.

A spokeswoman for the UN Human Rights office said Monday the organization was “disturbed by escalating violence over the past weeks and months” in Papua. – Rappler.com