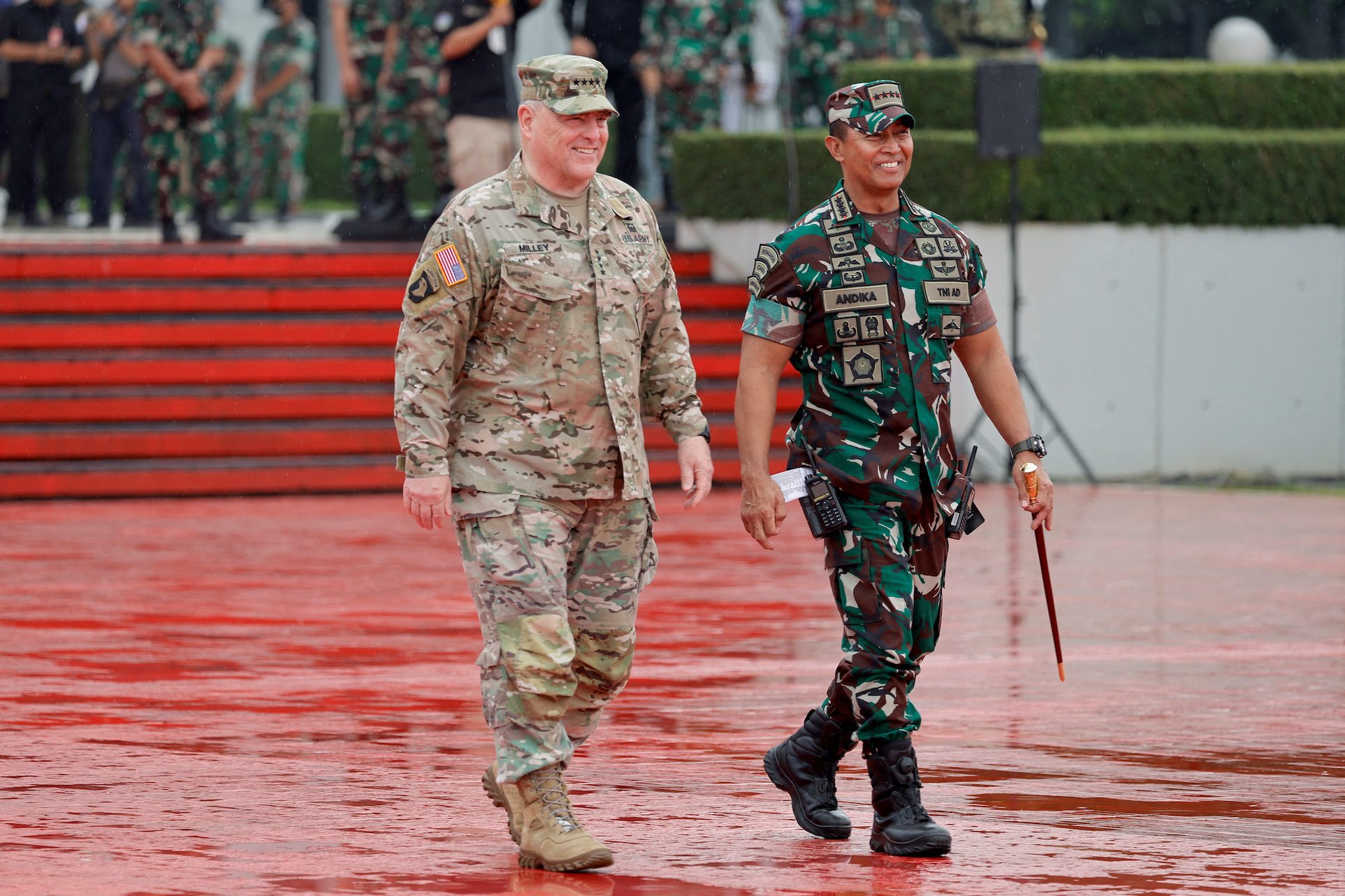 FILE PHOTO. US Chairman of the Joint Chiefs of Staff General Mark A. Milley and Indonesia's military chief General Andika Perkasa walk during a welcoming ceremony at the Indonesian Military Headquarters in Jakarta, Indonesia, July 24, 2022.

JAKARTA, Indonesia – Some 4,000 soldiers mostly from Indonesia and the United States will conduct a joint military exercise next week that underscores “the importance we place on a free and open Indo-Pacific region,” a senior US military official said on Friday, July 29.

The annual “Super Garuda Shield” exercise, which the United States called “significantly larger in scope and scale than previous exercises”, comes against a backdrop of heightened tensions with China over the latter’s growing assertiveness in the region.

But Major General Stephen G. Smith, who will be directing operations on the ground in the exercise, told reporters in Jakarta on Friday that the drill should not be seen as a response to any tensions. “This exercise is not a threat or should not be viewed as a threat to anybody, anywhere. This is a purely military-to-military exercise,” he said.

Tensions and rhetoric flared this week amid reports that US House Speaker Nancy Pelosi planned to visit Taiwan as soon as August. But US President Joe Biden and his Chinese counterpart Xi Jinping managed largely to steer clear of escalation in a call on Thursday, suggesting that neither side – preoccupied with economic woes at home – wants a fresh crisis across the Taiwan Strait.

The regional exercise is set to last from August 1 to 14 on the Indonesian islands of Sumatra and Kalimantan and will also involve troops from other countries including Singapore, Australia and Japan, which is joining the drill for the first time. – Rappler.com