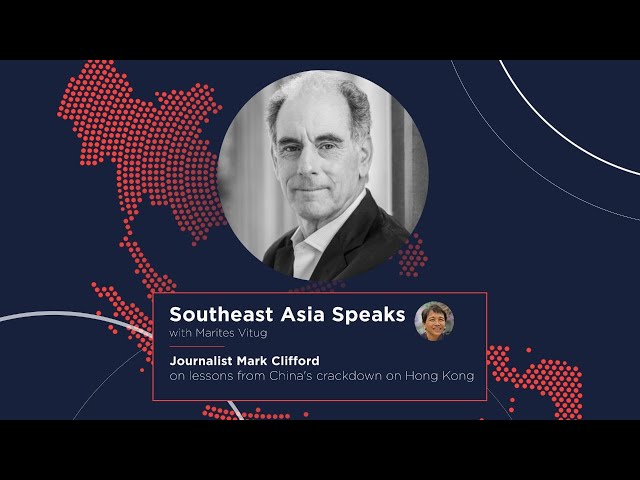 Facebook Twitter Copy URL
Copied
How can the incidents in Hong Kong serve as a blueprint for China's tactics against democratic societies? Catch the interview live on Thursday, March 10!

MANILA, Philippines – There is still no sign that China is stopping its massive crackdown on democracy in Hong Kong.

Authorities are wielding its China-imposed national security law to clamp down on activists and basic freedoms and rights. Recently, public monuments remembering the 1989 Tiananmen protests were dismantled.

On Thursday, March 10, Rappler editor-at-large Marites Vitug speaks to journalist and author Mark Clifford about what countries can learn from China’s moves in Hong Kong and how the incidents are serving as a blueprint for tactics against democratic societies.

Clifford is the president of the Committee for Freedom in Hong Kong and editorial chair of the Asian Review of Books. He is the former editor-in-chief of The Standard and the South China Morning Post, two English-language newspapers in Hong Kong.

Clifford is also the author of Today Hong Kong, Tomorrow The World: What China’s Crackdown Reveals About its Plans to End Freedom.

How can the Russian invasion of Ukraine affect China and its efforts to intervene in democracies? Catch the interview live on Thursday at 10 am! – Rappler.com