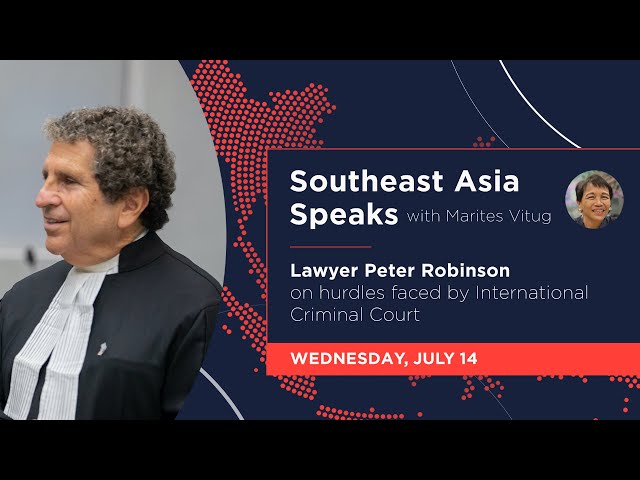 Bookmark this page to watch the live interview on Wednesday, July 14, at 9 am!

The Philippines waits with bated breath if the International Criminal Court (ICC)’s pre-trial chamber would authorize a formal investigation into the alleged crimes against humanity under President Rodrigo Duterte’s violent war on drugs.

But as many experts pointed out, the road to justice for the victims of the administration’s flagship campaign is expected to be long and unpredictable, especially as the ICC itself currently stands at a crossroad.

On Wednesday, July 14, Rappler editor-at-large Marites Vitug speaks to international criminal defense lawyer Peter Robinson about the challenges and hurdles faced by the ICC, and how it can make itself more effective.

Robinson, a longtime lawyer, has defended clients at several international courts and tribunals, including the ICC and the International Criminal Tribunal for the former Yugoslavia, among others.

What are international courts and tribunals looking for as they push for accountability over crimes? What evidence will stand in court?

Catch the interview live at 9 am on Wednesday. – Rappler.com

Southeast Asia Speaks: Law expert Simon Chesterman on the declining rule of law in the region