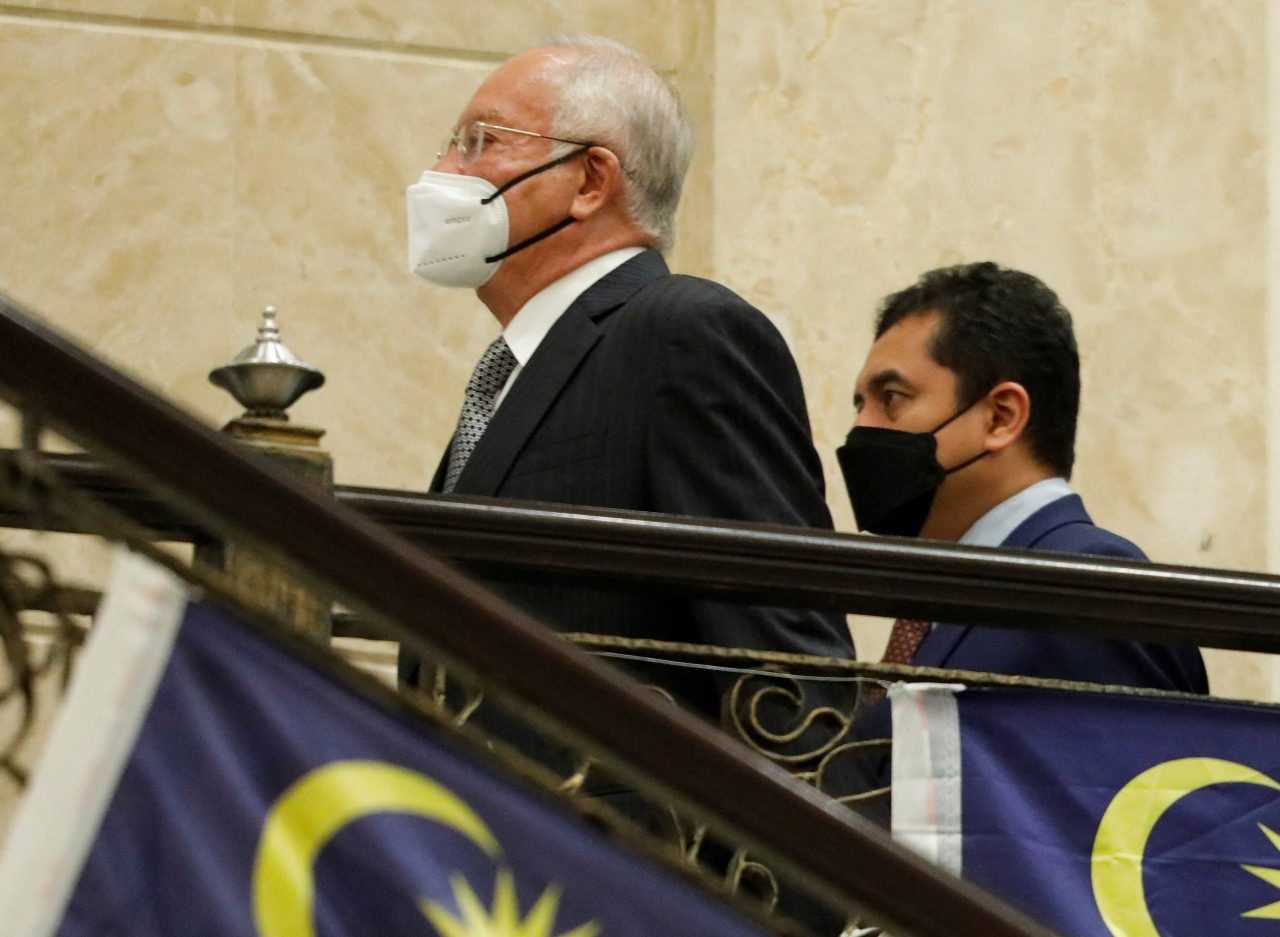 KUALA LUMPUR, Malaysia – The daughter of former Malaysian prime minister Najib Razak on Monday, September 12, called for “proper” medical care for her jailed father, three weeks into a 12-year sentence he is serving for corruption.

Malaysia’s top court on August 23 rejected Najib’s appeal to set aside his conviction on graft and money laundering charges in a case linked to a multibillion-dollar scandal at state fund 1Malaysia Development Berhad (1MDB).

Najib, 69, who has also been fined nearly $50 million, has consistently denied wrongdoing and has applied for a royal pardon. He remains on trial in four other cases, each carrying jail terms and heavy financial penalties.

On September 4, Najib was admitted to a Kuala Lumpur hospital for what an aide described as routine medical checks, but was able to attend a court hearing the next day.

His daughter, Nooryana Najwa, alleged in a social media post on Monday that doctors who saw Najib again on September 10 prescribed a change in medication and discharged him back to the prison complex.

Najib’s request to remain under observation in hospital was denied, she said. She did not specify whether his request was rejected by the Prison Department or the hospital.

The Prison Department did not immediately respond to a request for comment.

“On humanitarian grounds, our family pleads with the prison authority, the hospital and government to do the right thing and allow for dad to receive proper medical care and observation,” Nooryana said.

She added the ex-premier’s blood pressure is “dangerously high” and that he has developed new stomach ulcers, a medical issue that she said has been recurring for more than 15 years.

Health Ministry Director-General Noor Hisham Abdullah said Najib was admitted as an elective case to ensure his good health, where doctors held two meetings with him and his family to discuss the test results.

“They were also informed about the unanimous decision of the consulting experts that he be allowed to be discharged,” he said in a statement.

The medicine prescribed is of the same type and Najib was healthy before being discharged, Noor Hisham said.

Media reported that Najib was in court on Monday morning for another corruption trial and would be taken to hospital in the afternoon. – Rappler.com