Japan to end COVID-19 state of emergency on September 30 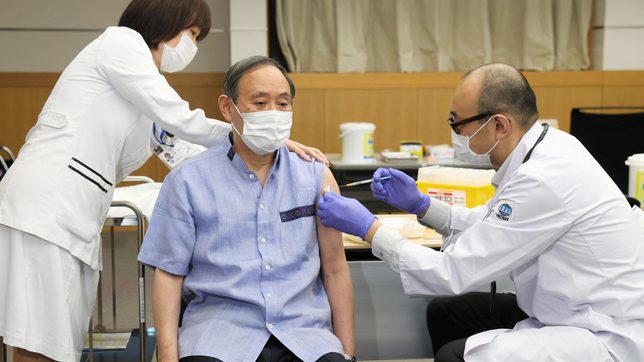 Facebook Twitter Copy URL
Copied
'Thanks to progress in vaccination and administration of neutralizing antibody drugs, we are entering a phase where medical services can be offered in a stable manner even if a certain degree of infections take place,' Prime Minister Yoshihide Suga says

Japan will lift a coronavirus state of emergency in all regions on Thursday, September 30, as the number of new cases falls and the strain on the medical system eases, Prime Minister Yoshihide Suga said.

The plan takes Japan as a whole out of an emergency state for the first time in nearly six months.

“The daily new cases came down from more than 25,000 in mid-August to 1,128 yesterday… the number of patients with serious conditions has been on a downtrend after peaking in early September,” Suga told a coronavirus task force meeting.

“Thanks to progress in vaccination and administration of neutralizing antibody drugs, we are entering a phase where medical services can be offered in a stable manner even if a certain degree of infections take place.”

Nearly 60% of the population is fully vaccinated and the government has said all those who want shots will have had them by November.

Suga will hold a news conference at 7 pm (1000 GMT; 6:00 pm Philippine time) to explain the decision to the public.

Earlier in the day, Economy Minister Yasutoshi Nishimura said some limitations on eateries and large-scale events would remain in place for about a month after the lifting of state of emergency to prevent a resurgence in cases

“We need to continue with the necessary measures to prevent a rebound,” he said, adding that if cases surged again, reinstatement of a more limited “quasi emergency” was possible.

Restaurants in areas under emergency curbs are now required to close by 8 pm and not serve alcohol.

Nishimura said the government would introduce a certification system whereby only approved restaurants could stay open until 9 pm, although the ban on alcohol would be lifted everywhere unless prefectural governors objected.

Like many other countries, Japan had struggled to contain the spread of the highly infectious Delta variant – including through the Summer Olympic Games – keeping much of the country under emergency restrictions. – Rappler.com