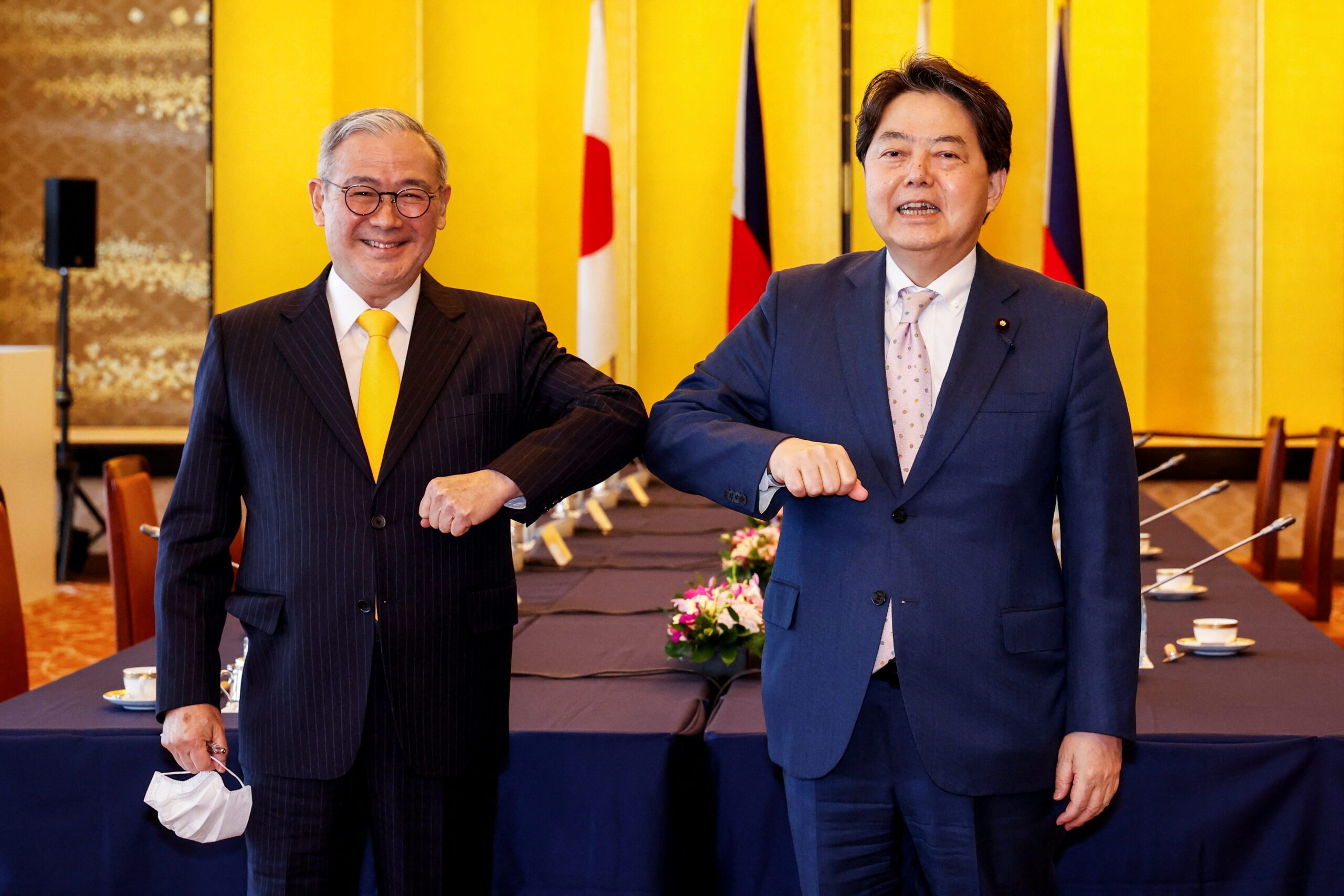 TOKYO, Japan – Japan and the Philippines agreed on Saturday, April 9, to consider further expanding defense cooperation against a backdrop of regional tensions and Russia’s invasion of Ukraine.

The meeting in Tokyo of the two Asian nations’ foreign and defense ministers was the first in the “2+2” format between the key United States allies.

Tokyo and Manila have been at odds with China over its conduct in the East and South China Seas, while Russia’s actions in Ukraine and North Korea’s missile tests also of mutual concern.

Japan and the Philippines signed an agreement to forge closer defense ties in January 2015 and have since conducted nearly 20 joint naval drills. In 2021, they also held joint air force exercises.

Japan has also transferred defense and technology equipment that could help the Philippines boost patrols in the South China Sea, where it has territorial disputes with China. The 2+2 framework with the Philippines is Japan’s ninth such grouping but only the second in Southeast Asia, after Indonesia. – Rappler.com