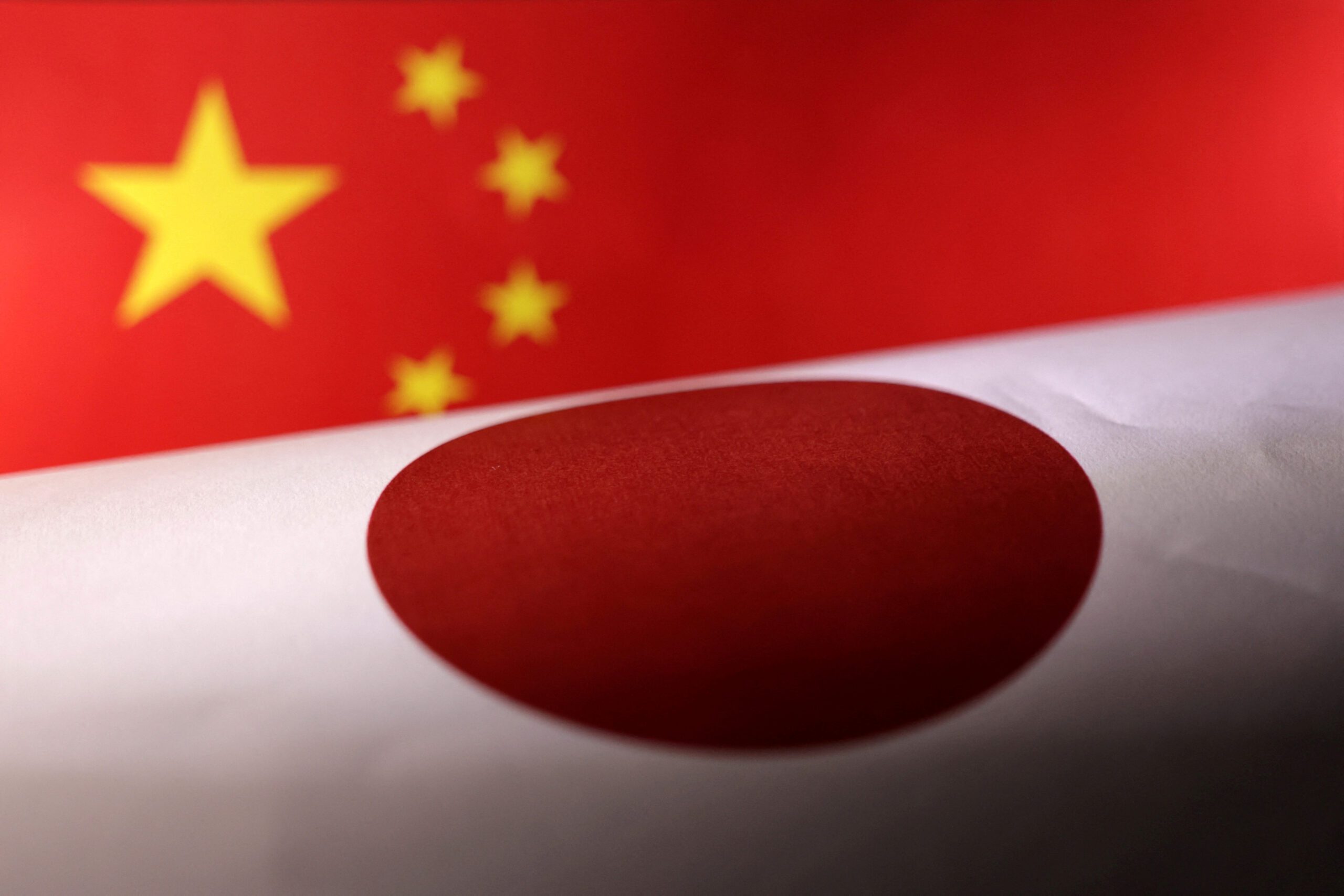 JAPAN AND CHINA. Printed Chinese and Japanese flags are seen in this illustration, July 21, 2022.

Facebook Twitter Copy URL
Copied
The missiles would be existing arms modified to extend their range from 100 to 1,000 kilometers, Yomiuiri Shimbun says in its report, citing government sources

TOKYO, Japan – Japan is considering the deployment of 1,000 long-range cruise missiles to boost its counterattack capability against China, the Yomiuri newspaper reported on Sunday, August 21.

The missiles would be existing arms modified to extend their range from 100 kilometers (62 miles) to 1,000 km, the daily said, citing government sources.

The arms, launched by ships or aircraft, would be stationed mainly around the southern Nansei islands and capable of reaching the coastal areas of North Korea and China, the Yomiuri said.

Representatives from Japan’s foreign ministry did not immediately respond to a request for comment on the report.

Japan, which interprets its war-renouncing postwar constitution to mean it may use its military only for self-defense, has stepped up its military spending and taken a more assertive strategy in recent years. But it has refrained from deploying long-range missiles, among its limits on weapons that can strike targets on foreign soil.

Regional tensions ratcheted up this month after a visit by Nancy Pelosi, speaker of the US House of Representatives, to Taiwan, which is self-ruled but claimed by China. Beijing launched missiles near Taiwan and into Japan’s exclusive economic zone. – Rappler.com