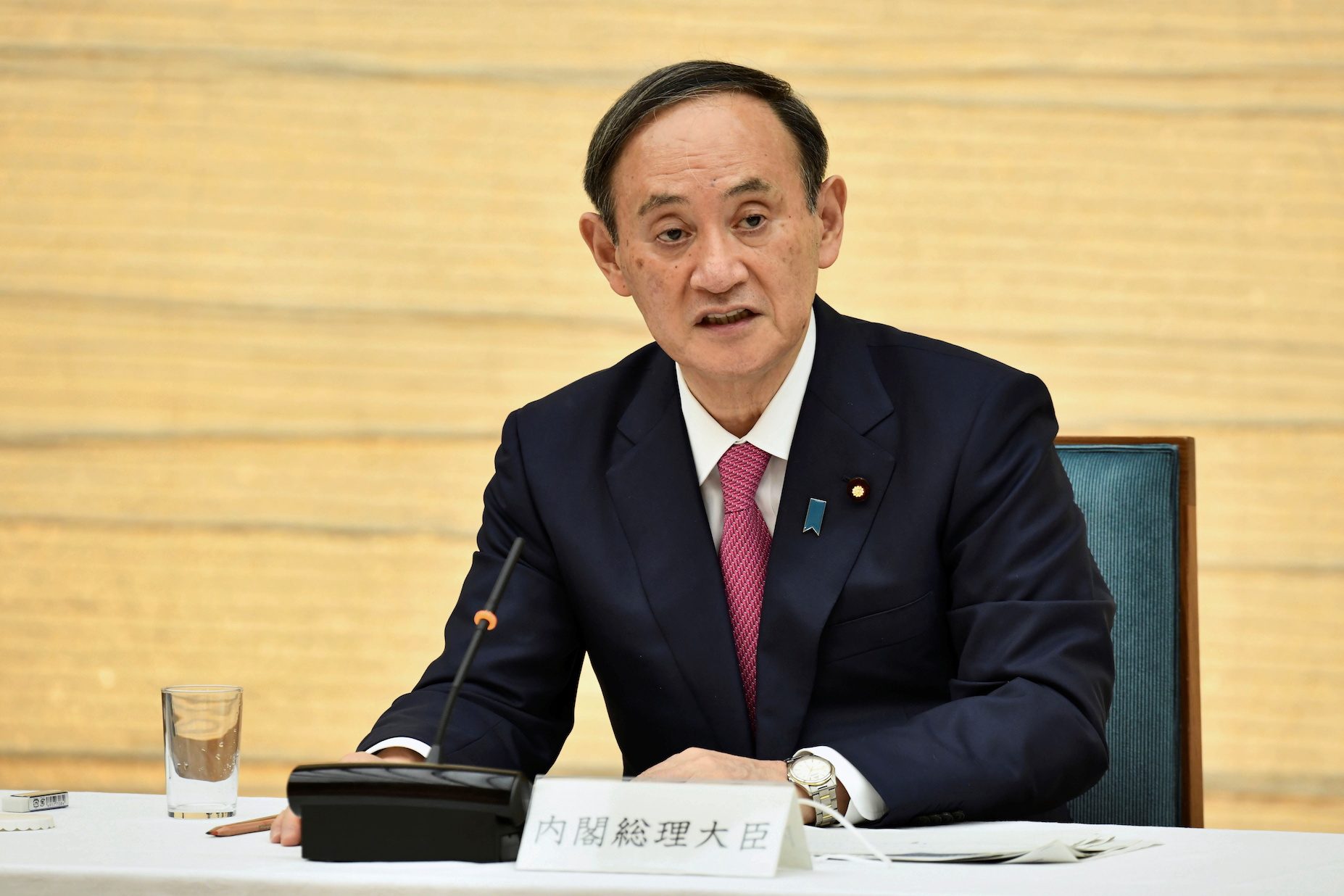 photo by Kazuhiro Nogi/Pool via REUTERS

Facebook Twitter Copy URL
Copied
'I'm terribly sorry that this happened when we are asking people not to eat out after 8 pm and to avoid non-essential, non-urgent outings,' Japan PM Yoshihide Suga tells parliament

Japanese Prime Minister Yoshihide Suga apologized on Wednesday, January 27, after lawmakers from his ruling coalition visited night clubs despite his government’s call for people to avoid unnecessary outings to curb the spread of COVID-19.

The news is another headache for Suga whose approval rating has tumbled due to dissatisfaction with his handling of the pandemic, which critics have called too slow and inconsistent.

“I’m terribly sorry that this happened when we are asking people not to eat out after 8 pm and to avoid non-essential, non-urgent outings,” Suga told parliament.

“Each lawmaker should behave to gain the public’s understanding.”

Japan this month issued a state of emergency in Tokyo and other areas to tame a sharp increase in COVID-19 cases. The measure includes a request for restaurants and bars to close by 8 pm although there are currently no penalties for non-compliance.

“My behavior was careless at a time when we are asking people to be patient,” Jun Matsumoto, a senior lawmaker from the ruling Liberal Democratic Party, told reporters.

Matsumoto was speaking following a Daily Shincho magazine report that he had visited two night clubs in Tokyo’s posh Ginza district after dining at an Italian restaurant last Monday, January 25.

“They are really stupid. Don’t they think about what they are doing and how the public sees them? If they don’t, they are unqualified to represent the public,” said another. – Rappler.com