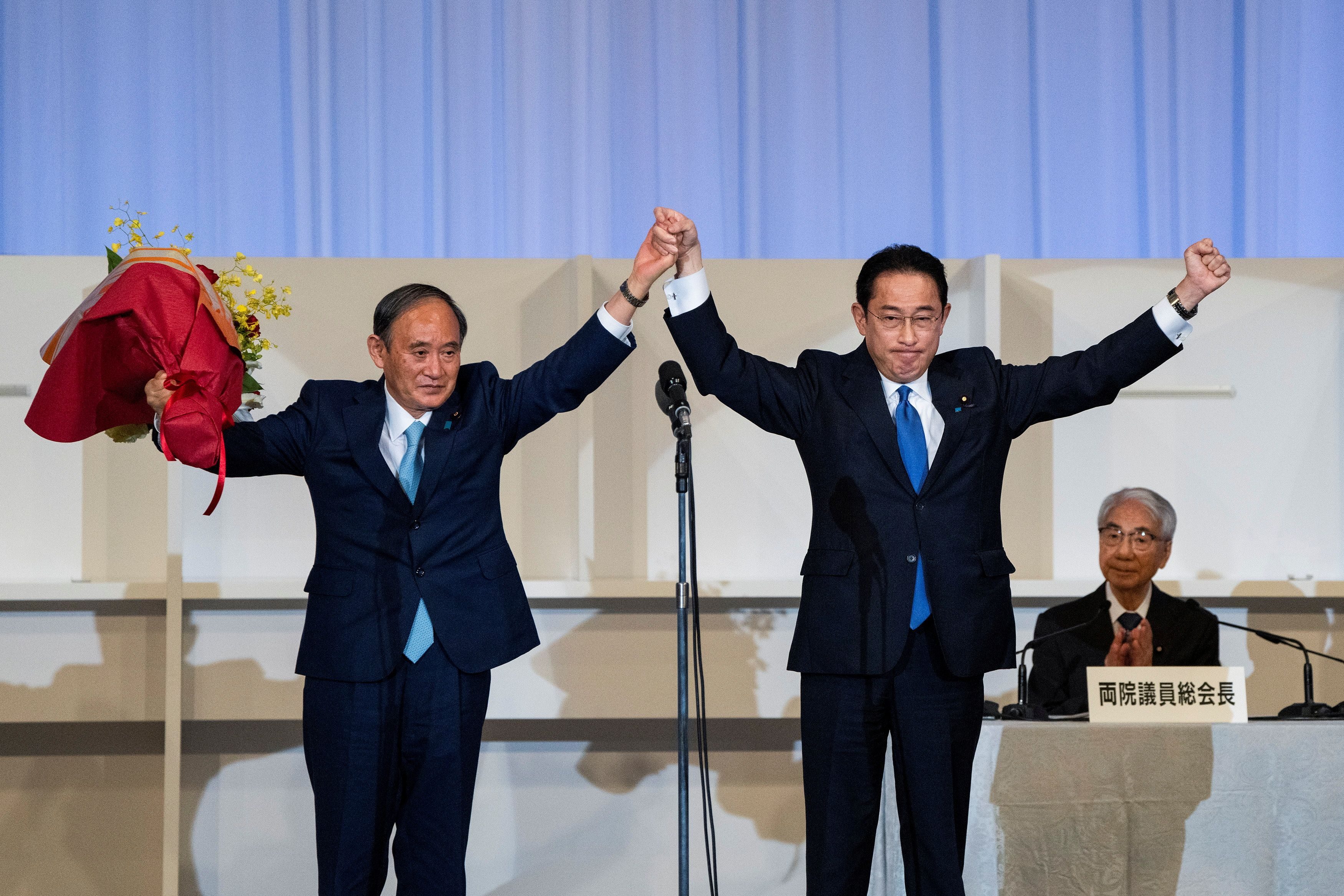 Prime Minister Suga, who saw his support tumble amid a spike in COVID-19 cases, announced this month he was stepping down. The winner of the LDP election is assured of becoming premier within days because of the party’s parliamentary majority.

Asked about his leadership style, Kishida, 64, said last month that bottom-up consensus building is just as important in politics as a top-down approach.

He now leads the LDP into a general election due by November.

Here are some of Kishida’s positions on key policies.

Kishida had said if he were to become leader, fiscal consolidation would be a major pillar of policy. He also voiced doubts over the Bank of Japan’s ultra-loose policy, saying in 2018 that stimulus cannot last forever.

With the economy suffering from the pandemic, Kishida reversed course to say the BOJ must maintain its massive stimulus.

He proposed a spending package of more than 30 trillion yen, adding that Japan likely would not raise a sales tax rate from 10% “for about a decade.”

“Fiscal reform is the direction we need to head for eventually, though we won’t try to fill Japan’s deficit with immediate tax hikes,” he said on Saturday, September 25.

He stressed the need to distribute more wealth to households, in contrast to the focus of former premier Shinzo Abe’s “Abenomics” policies on boosting corporate profits in the hope benefits would trickle down to wage-earners.

Kishida believes Japan, in cooperation with the United States and other like-minded countries, should stand firm against the growing assertiveness of authoritarian regimes like China.

“In order to protect such universal values as freedom, democracy, rule of law and human rights, we need to say firmly what needs to be said in the face of the expansion of authoritarian regimes like China, while cooperating with countries that share such values,” he said this month.

Kishida plans to bolster the capability of the coast guard, as Japan remains at loggerheads with China over the sovereignty of a group of small East China Sea islets.

Kishida supports passing a parliamentary resolution condemning China’s treatment of members of the Uyghur minority and wants to appoint a prime ministerial aide to monitor their human rights situation.

Kishida considers acquiring the capability to strike enemy bases a viable option, as North Korea presses ahead with its nuclear and missile programs.

He welcomes Taiwan’s bid to join a free trade pact called the Comprehensive and Progressive Agreement for Trans-Pacific Partnership, whose members include Australia, Canada, Japan and New Zealand.

The 2011 Fukushima nuclear disaster severely damaged public trust in nuclear energy, but Kishida believes it should remain an energy option to ensure stable and affordable electricity.

Japan is striving to meet its target of becoming carbon neutral by 2050 and a drastic reduction of fossil fuel-based power generation is inevitable.

Amid criticism that too many ministries are responsible for coronavirus measures, Kishida plans to give a new government agency a commanding role in the response.

He sees the development of drugs and wide-spread vaccination as key to a return to normal life.

“Efforts are being made to develop oral drugs and make them widely available by the end of the year and the government needs to throw its weight behind those efforts,” Kishida told reporters this month.

“I want us to move toward and achieve the target of bringing our socio-economic activity back to near normalcy at the start of next year.” – Rappler.com