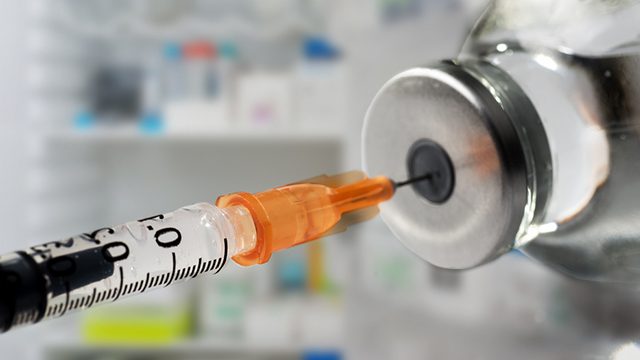 Facebook Twitter Copy URL
Copied
North Korean leader Kim Jong-un also says 'along with responsible vaccination, we should recommend that all residents wear masks to protect their health from November'

In a speech to the North Korean national assembly on Thursday, September 8, Kim cited World Health Organization warnings that the winter could see a resurgence in coronavirus infections.

“Therefore, along with responsible vaccination, we should recommend that all residents wear masks to protect their health from November,” he said, without elaborating.

North Korea has not confirmed administering any COVID-19 vaccinations, although customs records show that it has imported some unspecified vaccines from China this year.

Last month Kim declared victory over COVID-19 and ordered the lifting of maximum anti-epidemic measures imposed in May though adding that North Korea must maintain a “steel-strong anti-epidemic barrier.”

North Korea has never confirmed how many people caught COVID, apparently because it lacks the means to conduct widespread testing.

Instead, it has reported daily numbers of patients with fever, a tally that rose to some 4.77 million, out of an estimated population of about 25 million. But it has registered no new such cases since July 29, and says its death toll stands at 74.

Experts, including the WHO, have cast doubt on those numbers, citing an apparent lack of testing capacity in North Korea. – Rappler.com