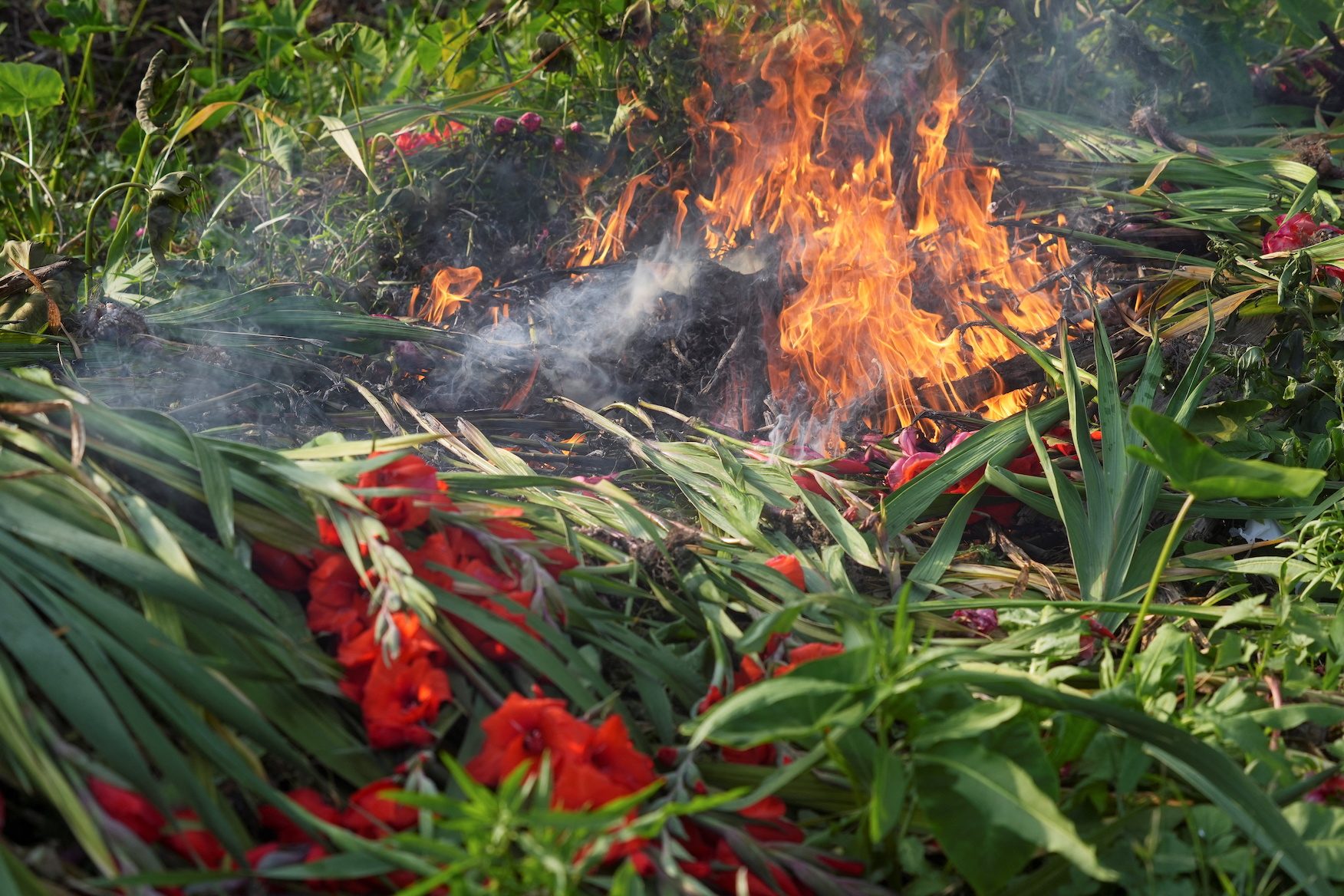 Leung, 70, runs a traditional farm in Hong Kong’s rural Yuen Long district growing sword lilies, water lilies and tulips. He had planted 200,000 flowers for Lunar New Year but was unable to offload about half of them due to the crash in demand.

“These beautiful flowers are completely healthy, and I would normally pick them and bring them to the market. Look how pretty they are,” Leung said, standing near a bed of shoulder-high red and pink blooms, soon to be thrown on the fire.

“But this year there is no flower market at all. After the blossom, I will get rid of them all by burning them,” he said, adding that some could be used as fertilizer.

Leung said he decided to burn the flowers so they would not collect rot and spread disease to his plantation.

Hong Kong’s government announced on January 14 that traditional Lunar New Year flower fairs in around 15 districts would be closed. Traffic restrictions on locations traditionally used by wholesalers were later put in place.

The territory’s zero-COVID policy, in line with China’s strategy, has caused it to close its borders, shut down schools, playgrounds, gyms and most other venues, and lock down thousands of people in tiny apartments. Experts have called the moves unsustainable and say a practical adjustment in the containment strategy is needed.

Police patrolled the area next to Hong Kong’s flower market in the bustling district of Mong Kok early on Friday, ordering farmers who had arrived with flowers to disperse.

Leung, a second-generation flower farmer, has been able to sell some of his stock directly to customers at his farm, which he runs with his wife and three employees.

Government figures show compensation has been offered to license-holders of Lunar New Year flower fairs, but Leung said he has received nothing as a farmer.

The only financial stimulus he has had from the government during the COVID-19 pandemic was the chance to draw an interest-free loan as part of an anti-epidemic fund.

“I rely on my own savings, and I am not sure if our business can make it through the year,” he said.

“It’s painful. I’m not able to tell you how painful it is. All I can hope for is that the future will be better.” – Rappler.com