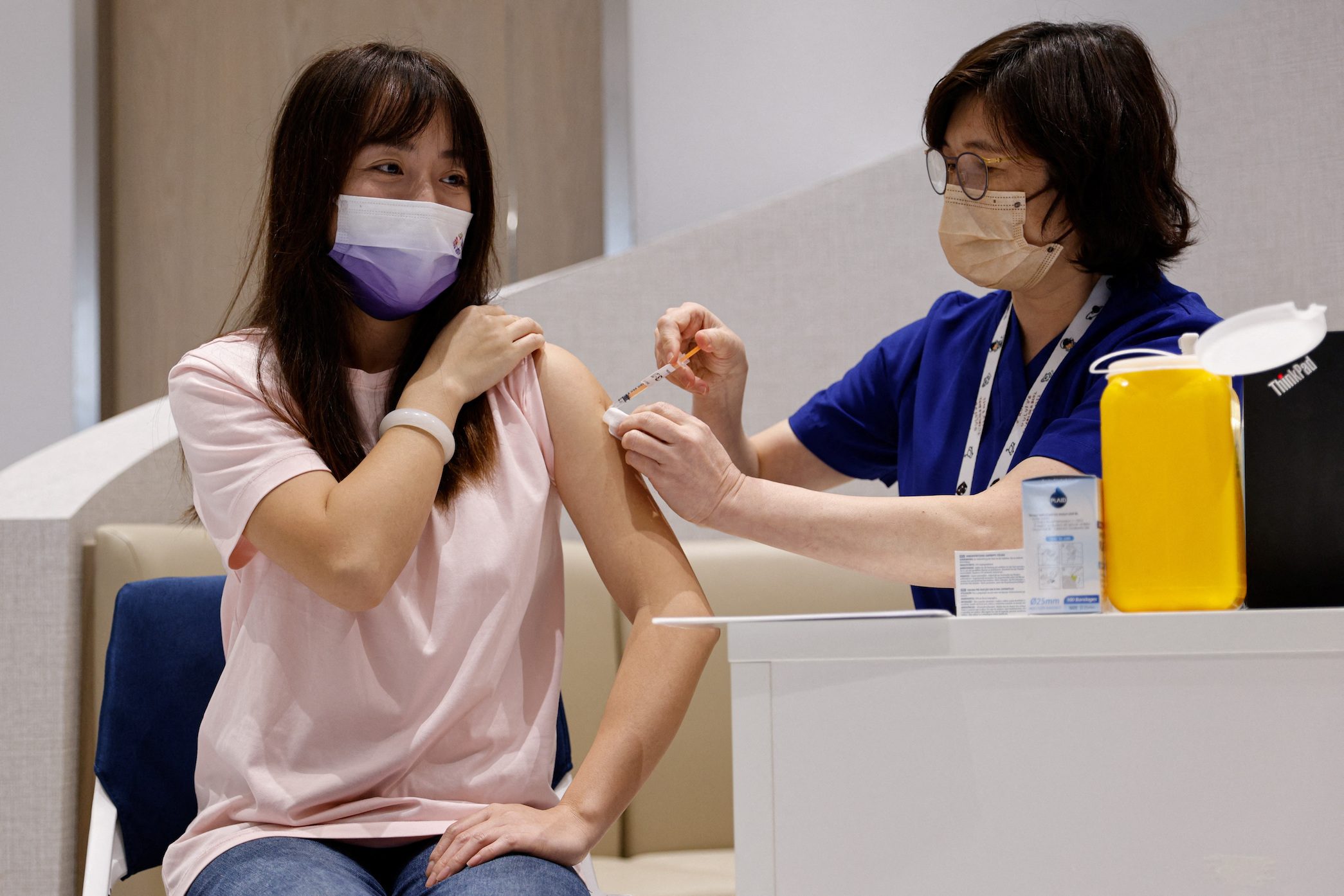 HONG KONG – Scores of mainland Chinese travelers are rushing to Hong Kong to receive mRNA COVID-19 vaccines, which are not available on the Chinese mainland, as the country grapples with a torrent of infections which have overwhelmed its health system.

Yoyo Liang, a 36-year old Beijing resident, was one of the first customers at the Virtus Medical Centre where she paid HK$1,888 ($241) for her first BioNTech COVID-19 vaccine.

Liang had received three domestically developed vaccine doses from China’s Sinovac over the past two years but said she took Pfizer-BioNtech’s bivalent booster vaccine to better protect herself against the virus.

“I was very tempted to get the vaccine because of the border reopening. There is no bivalent vaccine available in mainland Chin,” she explained after she received her jab.

Virtus, which has received more than 300 inquiries so far about the vaccines, is expecting more mainland customers to come to Hong Kong in the coming weeks and months, the company’s chief
medical officer Samuel Kwok told reporters.

However, due to a large number of people already infected, many would wait before taking a booster shot, he said.

“Demand is increasing but we understand that there are a lot of people who got infected recently… they cannot get… a booster dose immediately so they have to wait for at least three months.”

China, home to 1.4 billion people, abruptly abandoned its zero-COVID policy last month and infections are surging across a population with little immunity after being shielded since the virus emerged three years ago in the Chinese city of Wuhan. – Rappler.com