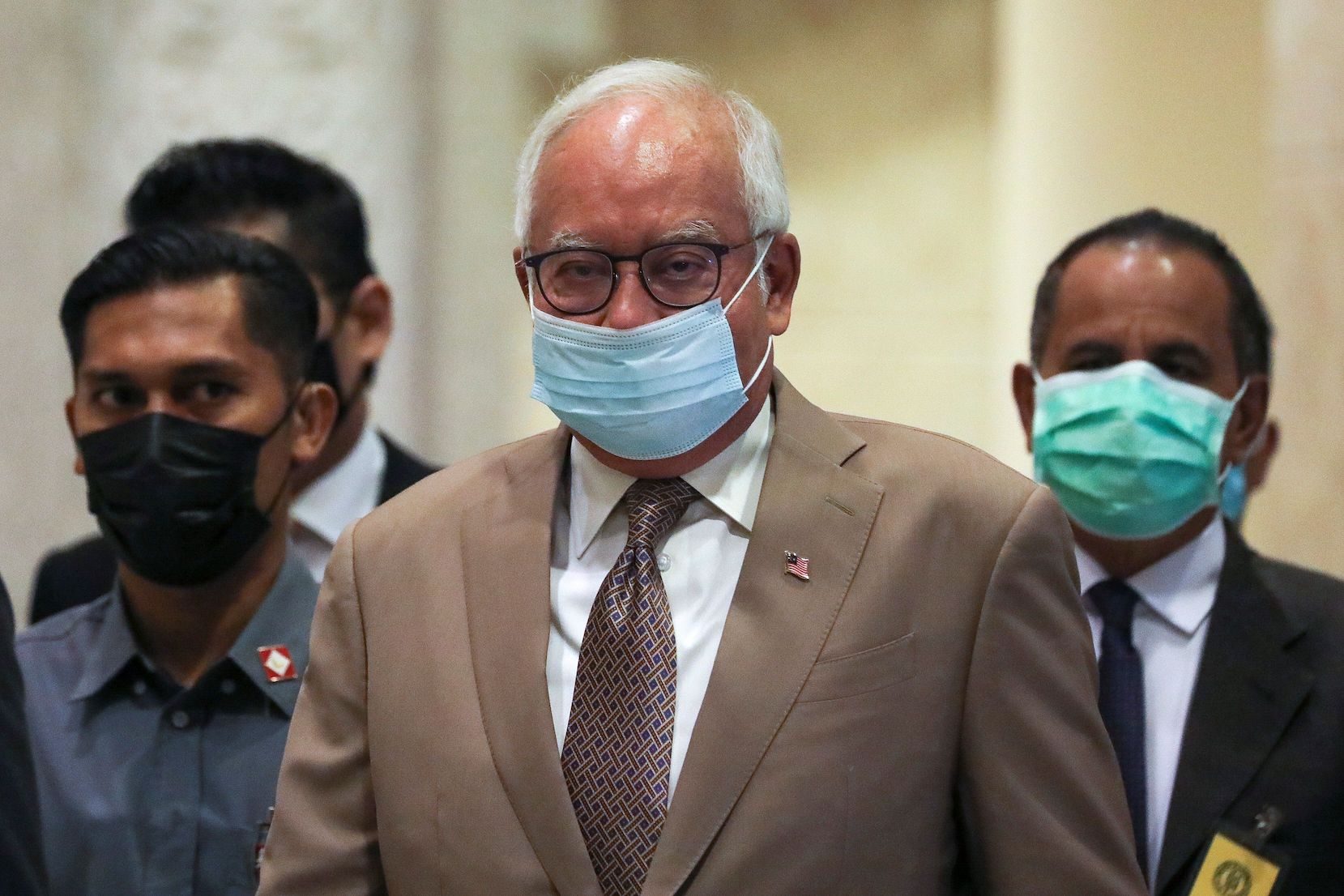 Facebook Twitter Copy URL
Copied
Najib is facing dozens of corruption and money laundering charges over the suspected theft of billions of dollars from 1Malaysia Development Berhad, a state fund he co-founded

Malaysia’s former prime minister Najib Razak has been served with a bankruptcy notice for failing to pay more than $400 million in unpaid taxes, a move that the ex-premier described as an attempt to destroy his political career.

Najib, who lost a historic election in 2018, is facing dozens of corruption and money laundering charges over the suspected theft of billions of dollars from 1Malaysia Development Berhad, a state fund he co-founded.

He has denied wrongdoing and on Monday, April 5, launched a court appeal to set aside his conviction and 12-year jail sentence in a 1MDB-related case.

Last year, a Malaysian court ordered Najib to settle 1.69 billion ringgit ($409.80 million) in unpaid taxes accumulated between 2011 and 2017 while he was still in office, including penalties and interest.

Najib, in a Facebook post late Tuesday, said officials from the Inland Revenue Board had issued a bankruptcy notice to him over the unpaid tax bill on Monday, shortly after his appeal hearing.

Najib said he believed the timing of the notice was linked to last month’s decision by his political party, the United Malays National Organisation (UMNO), to stop cooperating with Prime Minister Muhyiddin Yassin’s government in upcoming elections. If declared bankrupt, Najib said he would lose his seat as a member of parliament and would not be able to stand as an election candidate.

“I will not bow to individuals who abuse the laws of this country to oppress me on the basis of politics and greed to cling to power,” he said, adding that he had asked his lawyers to obtain a stay order on the notice.

Muhyiddin’s office did not immediately respond to a request for comment. A spokesman from the revenue board declined comment.

Despite the charges against him, and though he no longer leads UMNO, Najib has enjoyed a resurgence in popularity and maintains an active social media presence, particularly on Facebook where he has over 4 million followers, more than any other Malaysian politician. – Rappler.com