Marcos, Suharto, and then Thaksin?

BANGKOK, Thailand – First there was the Philippines' dictator Ferdinand Marcos, then Indonesia's Suharto, followed by Thailand's former prime minister Thaksin Shinawatra. Those familiar with Southeast Asia's recent history might scratch their heads and ask what the three ousted leaders have in common, but this is how many here view Thaksin, especially in the wake of the May coup d'etat by the Thai military.

"How people felt after Marcos or Suharto left is how we feel after the coup," explained one professional in his mid-50s. A lawyer in his 60s, who got his law degree from Europe, remarked: "You had your Marcos too, didn't you? And a coup. So we have the same problems."

Many here put the three men in the same basket because they are corrupt leaders who came to or held political power through elections, used this power to rule their countries firmly – to say the least ­­– and were later overthrown.

But Suharto, who was forced to step down in 1998 after 32 years in power, and Marcos, booted out in 1986 after 21 years, were propped up for decades by the military before they were ousted in popular uprisings. While Marcos' ouster involved a military revolt, the anti-Marcos civilian groups had made it clear that a junta was unacceptable and agreed to back the revolt only if civilian opposition leader Corazon Aquino was allowed to become president.

In contrast, Thaksin's forces, including at least three successor governments he supported, were ousted by a military coup. In fact, Thaksin's camp has been the subject of two coups: the government led by his Pheu Thai political party was booted out by the May 22 military, and before that, Thaksin's own government was ousted by a coup when he was prime minister in 2006.

Trying to draw parallelisms among the three leaders is a slippery slope. But this view of Thaksin as the ultimate problem that colors Thai politics is a major factor behind the acceptance, relief and support for the May coup – even though coups are an abnormal means of changing  a country's political leadership of in modern times.

Acceptance of the coup

Giving his insights into why acceptance of a coup is not uncommon, Nirun Pitakwatchara, a commissioner of the Human Rights Commission of Thailand, explained that Thai society "likes to have someone come in (from the outside) and help them". In an interview, he added: "This is a problem of society that must be corrected."

"Well, whatever else, Thaksin is now finally out of the picture," said one employee who had joined the street protests against Thaksin's allies in late 2013. She agrees that is not usual to have soldiers run the government, but "if he (Thaksin) was not so hard-headed, the military would not have been forced to take action".

Thus far, the junta, called the National Council for Peace and Order (NCPO), has spelled out its priorities as being the restoration of security, followed by the setting up of a provisional constitution in July, a legislative assembly the following month, and an appointed interim government likely by September. On June 28, it announced that a national election is expected by October 2015. "You will get a democratically elected government by 2015," junta leader and army chief Gen Prayuth Chan-ocha said in his weekly Friday address.

Surveys reported by the local media show that the NCPO has been enjoying a honeymoon, much like any new political leader. A total of 72.2% of those surveyed in a Suan Dusit University poll said Thailand has "a better atmosphere and is more peaceful" a month into the coup. Gen Prayuth, due to retire in September, was the choice for "preferred prime minister" by 41.3% of those polled in a survey by the National Institute of Development Administration.

But critics say Thailand ought to have learned from past military interventions – and there have been many, as the May coup was the 19th since the end of the absolute monarchy in 1932.

"There have never been good coups in Thailand," Pavin Chavachalpongpun of the Center for Southeast Asian Studies in Kyoto University said. The coup means "democracy going backwards. . .  . It will take a long time before Thailand can get back to become a normal democratic society," added Pavin, who is among the academics summoned by the NCPO.

The NCPO has made clear that it aims to rule this country of more than 66 million people in a tough manner, although its motto is to "return happiness back to the Thai people" after the political turmoil of recent years.

Under martial law, which the military declared two days before the May 22 putsch, the junta has the power to detain people without charges for seven days. The NCPO has also suspended the constitution – promulgated only in 2007 as constitutions are changed often with new governments and coups in Thailand. Criticism of the coup is illegal, along with gatherings of more than five people, and the junta has formed five panels to monitor media reporting.

More than 450 people, mostly individuals, journalists, academics who have been critical of the coup or the anti-Thaksin protests or linked to the redshirts – have been summoned by the NCPO a month after the coup, says Yaowalak Anuphan of the Thai Lawyers for Human Rights. Failure to report to the junta is punishable with two years in prison and a fine of 1,250 US dollars.

Offenses by civilians against the NCPO and its announcements are tried under a military court. The court's decisions cannot be appealed.

"There is a problem with bringing civilians in front of military tribunals and certainly to the extent we have seen in Thailand in the last few weeks. This is unprecedented in Thailand," International Commission of Jurists regional director Saman Zia-Zafiri said at the foreign press club. "It has been decades since we have seen this sort of imposition of military judicial authority in Thailand," he said.

He added that calls for the NCPO to allow the right to appeal and revoke martial law were part of "helpful criticism" because individuals' rights to due process cannot be derogated even in times of war or emergencies.

A chance at reform?

But many Thais are finding respite in some of the junta's early moves, such as stopping some of the Yingluck government's big-ticket infrastructure projects and starting payments to rice farmers who had been shortchanged under a failed rice-purchase program.

Some in the media argue that the junta needs to be given a chance to put things in order.

"Without the coup, the grueling task of ending the color-coded war (between Thaksin's redshirts and the opposing yellowshirts) would have been impossible due to the deep-seated polarization," wrote 'The Nation' editor Thanong Khanthong on June 13.  "Despite the impression overseas that we have been derailed by the coup, Thailand is right on track with the reform agenda. Let's wait and see what results it brings." 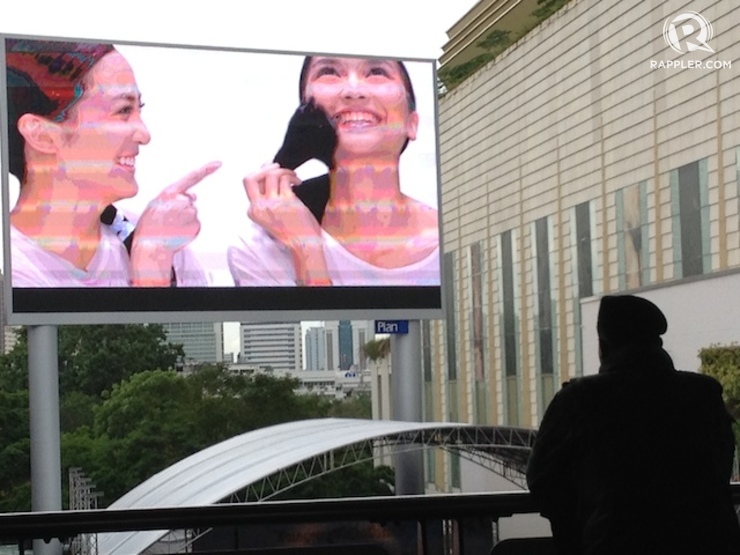 Tulsahit Taptim of The Nation newspaper last week wrote that for Thais, the most important factor may well be how the NCPO addresses corruption, which has been a catchword in Thai politics due to Thaksin.

"There is one huge 'Don't' as far as the junta is concerned. It must never give in to greed and temptation. It must not be corrupt, to be precise," he said. "Ultimately, a corruption case would revive the debate over 'imperfect democracy' and 'absolute power that corrupts absolutely'. The only 'justification' for Prayuth's coup would evaporate into thin air."

Looking back at the first month since the coup, Nirun said many Thais are relieved by the fact that the coup put an end to the violence since November 2013, when the latest round of street protests against the Yingluck government started.

Bangkok residents' fatigue living with this violence was palpable – by the time the coup took place, more than 800 people had been injured and more than 28 killed. The NCPO has been reporting more weapons and arms seized in raids in recent weeks.

"People accept the coup because of that violence," Nirun said. But they are not as accepting of it "when it comes to the use of martial law", he pointed out.

He has said that for genuine national reconciliation to occur, a military and security solution would not address the root causes of Thailand's political divide or help society find its own way of dealing with conflicting opinions. Nirun also said the military should have learned lessons from the campaign to quell the communist movement in the sixties.

This continued even after Thaksin was unseated in the 2006, after his conviction on corruption charges in 2008 and his going into exile subsequently.

Through the years, the redshirts pushed for elections because they believed they would win again given their bastion particularly in the poorer northeast. For its part, the opposition began to campaign against elections, calling them part of a damaged democracy that had given victory – several times – to a corrupt politician and his allies.

By late 2013, the anti-Thaksin group called the People's Democratic Reform Committee (PDRC) was rallying people to oppose any new national vote after the caretaker government of Yingluck Shinwatra called for one after dissolving Parliament in December that year. The PDRC said 'reforms' were needed before any election could be held, because Thaksin had to be prevented from winning again.

'Election' was becoming a bad word to many, and the phrase "elected dictator" is often used to describe Thaksin.

In the post-coup environment, much of the debate about Thailand's political and electoral norms remains unresolved.

"In some ways that's really one of the saddest parts of what's happening in the last month," Zia-Zarifi said in an interview. "Thailand, which maybe 15 years ago was really a regional star, moving ahead in terms of human rights, is now once again discussing such basic things such as participatory government and freedom of expression."

Today, it can become difficult to openly discuss issues like the country's political norms, and what principles should apply regardless of the political personalities involved. That is because a good number believe that keeping Thaksin and his allies out of government and politics is a goal that justifies any method of opposition – including military intervention.

The labeling of people, politicians, academics and journalists alike as necessarily falling into either the 'yellow' or 'red' category continues, even as many are cautious about talking politics in these sensitive times.

Being critical of a coup d' etat as a means of changing governments is often interpreted as siding with Thaksin, a failure to understand the Thai context or culture, or being a western concept.

To that, Pavin said, "The view of democracy and (the) anti-coup attitude as Western is a cheap excuse."

Clearly, having a national conversation around democracy has a long way to go against the backdrop of the Thai political scene.

Explaining why the military stepped in, Col Weerachon Sukhondha-patipak, speaking for the NCPO, told journalists in June: "We had to choose between a flawed democracy and the life of the Thai citizen. What would be your decision if you have to choose between these two choices? You want to have democracy at what cost? At the cost of your people, your country being collapsed? I don't think you would make that decision."

"We are not destroying democracy," added Weereachon, an articulate officer who speaks with a bit of a British accent. "We would like to strengthen democracy. We want a more mature democracy." – Rappler.com