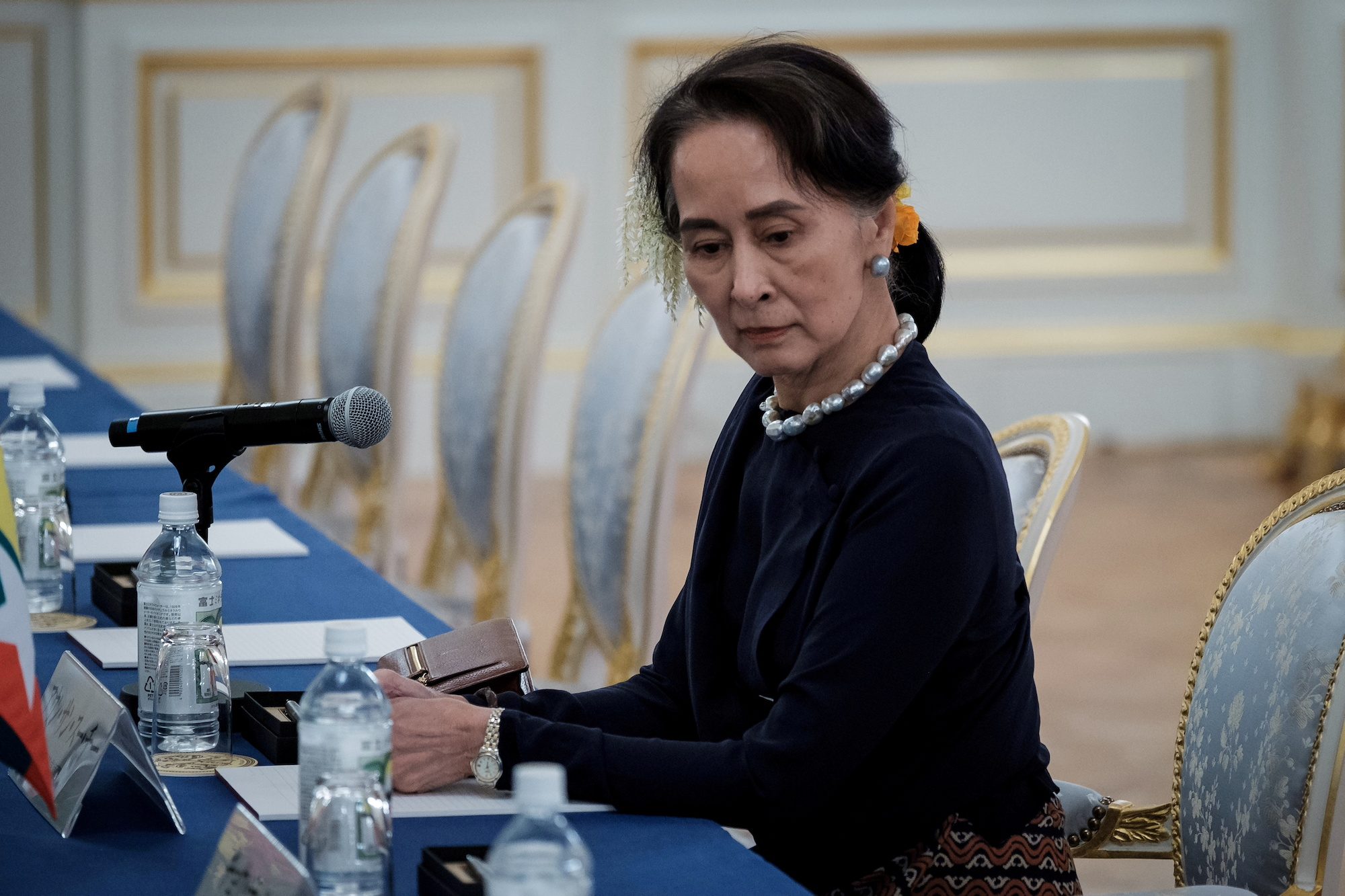 Facebook Twitter Copy URL
Copied
(1st UPDATE) A source with knowledge of proceedings says that while the February 3 hearing was postponed, the one for February 4 was not and Aung San Suu Kyi did attend it

A court in military-run Myanmar postponed a hearing in the trial of Aung San Suu Kyi this week, a source with knowledge of proceedings said on Friday, February 4, after media reported the ousted leader had not been feeling well.

Suu Kyi had been due in court on Thursday and Friday for hearings on corruption charges related to the leasing and purchase of a helicopter while in office.

US-funded RFA (Radio Free Asia) reported that Suu Kyi was allowed to miss the hearings at the request of her doctor because she was suffering from dizziness and nausea.

But the source with knowledge of proceedings, who asked not to be identified due to the sensitivity of the issue, said while Thursday’s hearing was postponed, Friday’s was not and Suu Kyi did attend it.

The source said Suu Kyi’s health was fine on Friday and that the next hearing would be on Feb. 11.

Nobel Peace Prize laureate Suu Kyi, 76, is on trial in more than a dozen cases that carry a combined maximum sentence of more than 150 years in prison.

She has been already been sentenced to a total of six years in detention for other cases, in legal proceedings derided by her supporters, some Western governments, and human rights groups as a sham.

A new bribery charge was also announced against Suu Kyi on Thursday, accusing of her of receiving a $550,000 donation from a businessman, the state broadcaster reported.

Meanwhile, Suu Kyi is also due in court for the beginning of an election fraud trial on Feb. 14, after she was accused of influencing the 2020 vote to win a second term in office.

Suu Kyi has previously denied all the charges. Her lawyers have been barred from speaking about her cases.

A spokesman for the junta, which overthrew Suu Kyi’s government in a coup last February, did not answer a call seeking comment. The military government has previously said Suu Kyi would be afforded due process by an independent court. – Rappler.com