FILE PHOTO: Myanmar soldiers walk along a street during a protest against the military coup in Yangon, Myanmar, February 28, 2021.

Facebook Twitter Copy URL
Copied
A senior US state department official says: 'Everything we've seen, and we're being told from our folks on the ground, is that there is just sort of gross mismanagement of the economy'

Myanmar’s economic turmoil is due to political instability and mismanagement following a February coup, a US official said on Wednesday, October 20, after a junta minister blamed the crisis partly on foreign backers of its opponents.

The military government’s investment minister attributed Myanmar’s economic troubles to sabotage by opponents of the junta and their overseas
backers in an exclusive interview with Reuters on Tuesday.

Asked about those comments during an online briefing on Wednesday, a senior US state department official said: “Everything we’ve seen, and we’re being told from our folks on the ground, is that there is just sort of gross mismanagement of the economy.”

“We have to attribute the dire economic situation to the lack of political stability and all the uncertainty.” The official added that the United States had been targeted in its sanctions against the Myanmar military and was focused on not taking steps that would hurt the economy or its people.

A spokesman for Myanmar’s military government blamed “foreign intervention” for the decision. 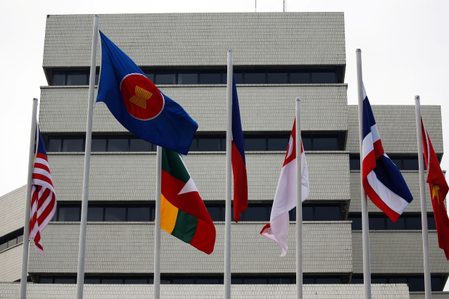 The US official said the decision was appropriate and based on ASEAN’s own consensus, but added that the country will work with its partners to try and influence the junta to reduce violence and restore democracy.

“Clearly, the regime wanted to or desires to be part of these senior level meetings. They clearly care about their assets, and having access to resources,” the official said.