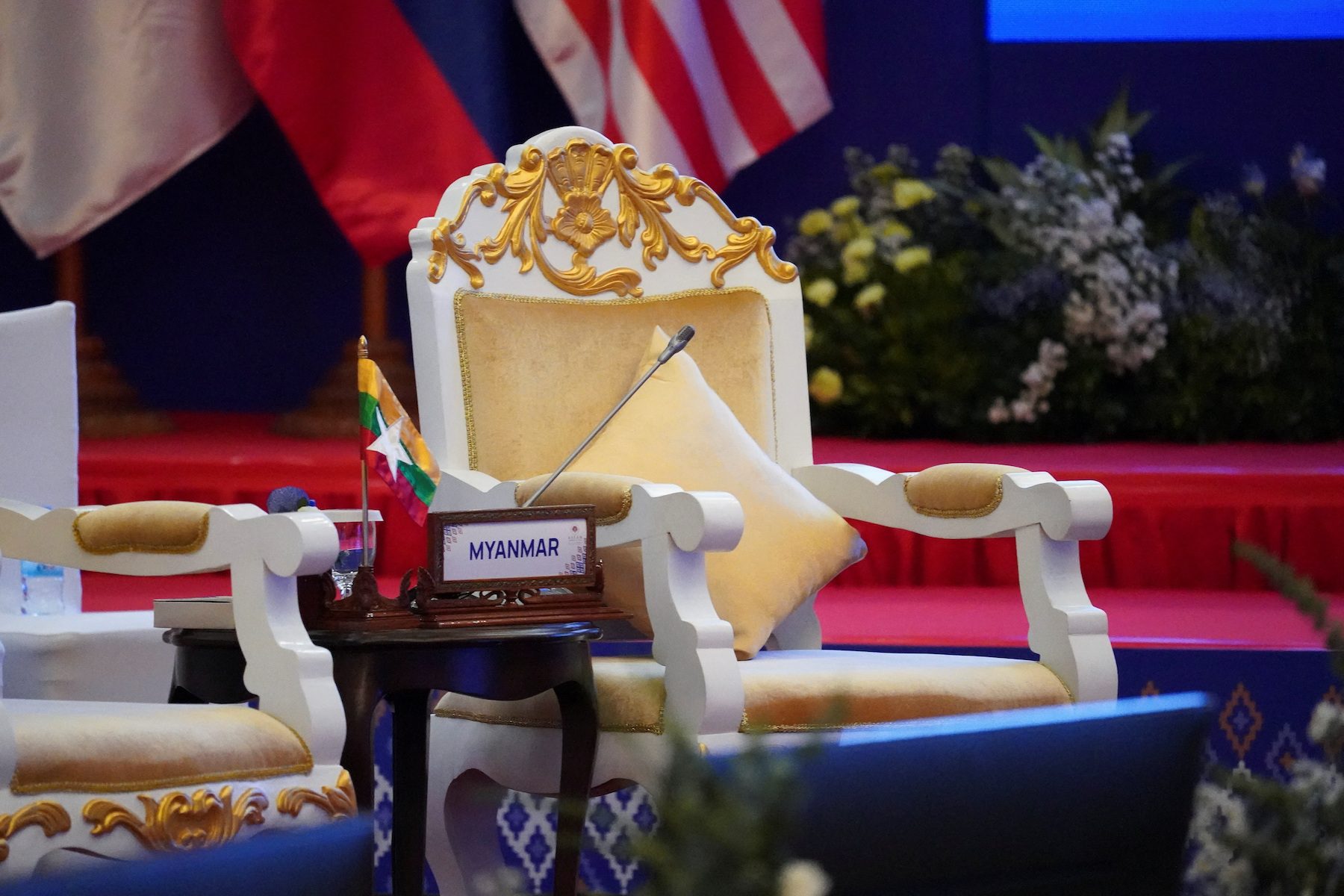 An empty chair for Myanmar delegation is pictured during the ASEAN Summit in Phnom Penh, Cambodia November 10, 2022.

Facebook Twitter Copy URL
Copied
The students, all under 25 years old, are among more than 130 people put on death row since the military seized power in a coup last year

Relatives of some of the seven Myanmar students sentenced to death by a closed court in the military-ruled country called on Tuesday, December 6, for global help, as critics slammed the ruling as a new bid by the junta to stamp out dissent.

The students, all under 25 years old, were sentenced by a military court for their alleged involvement in a shooting in April that killed a former military officer. They are among more than 130 people put on death row since the military seized power in a coup last year, according to the United Nations.

“All the family members are heartbroken. Our kids have an amazing future. I want to request the world to help us,” a sister of one of the students, who asked not to be named, said by telephone.

Last month’s sentencing of the Dagon University students comes after Myanmar’s military was condemned globally for executing four democracy activists in July who had been accused of aiding “terror acts”. They were the country’s first executions in decades.

Rights activists say the junta is now regularly using the death penalty as a “political tool”, and called for a moratorium on capital punishment with the aim of abolishing it altogether

“By resorting to use death sentences as a political tool to crush opposition, the military confirms its disdain for the efforts by ASEAN and the international community at large to end violence,” the UN’s human rights chief Volker Türk said in a statement on Friday.

More than 16,500 people have been arrested and more than 13,000 of them remain in detention since the coup, according to the Assistance Association for Political Prisoners (AAPP), a human rights organization that documents violations by the Myanmar military.

Thein Shwe, the father of another condemned student, was in tears as he called the punishment “unfair”.

“We understand he is in prison but we just want him to be alive,” he said.

A junta spokesperson did not respond to requests for comment. The military has said Myanmar’s courts are independent and those arrested are receiving due process.

It was unclear when the students would be executed. – Rappler.com