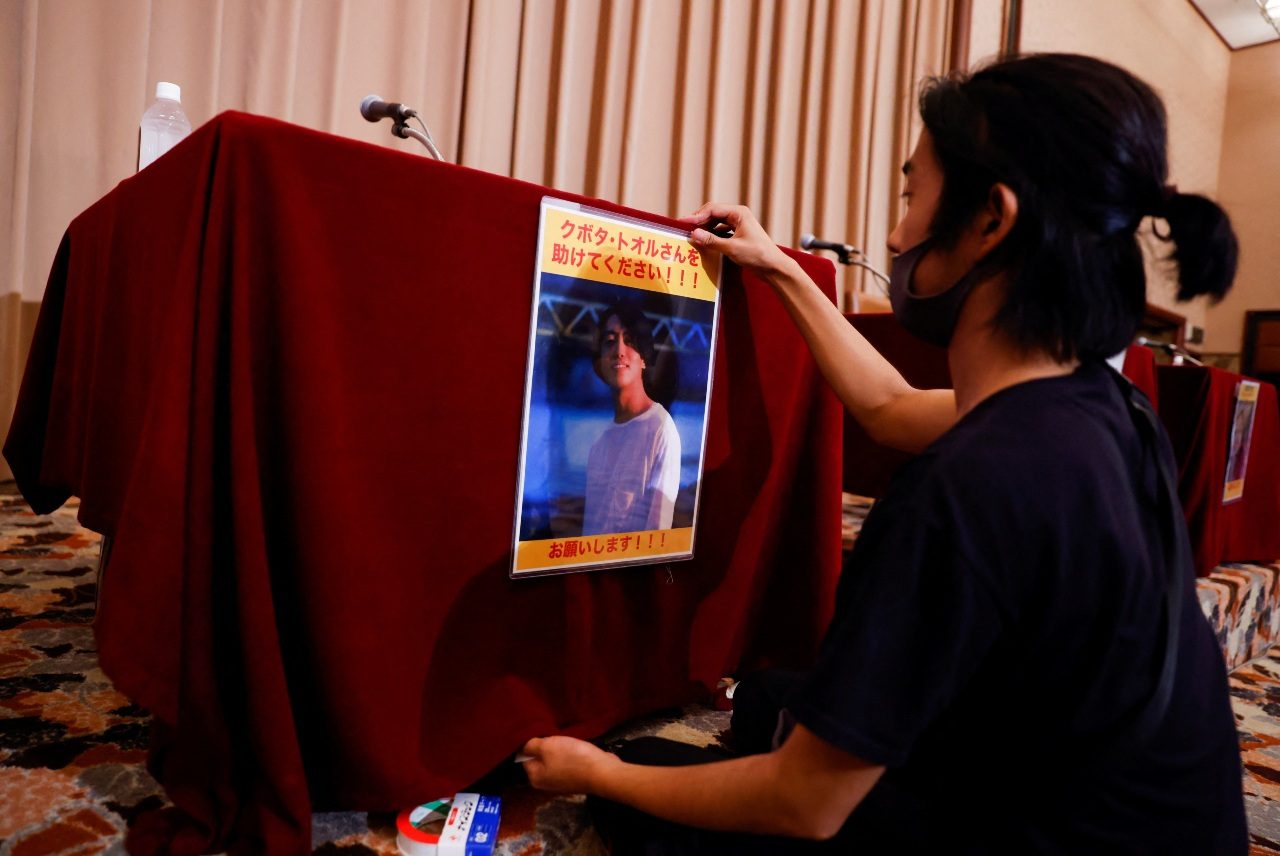 CALL FOR FREEDOM. A staff member prepares to display the portrait photo of Japanese documentary filmmaker Toru Kubota, who has been detained in Myanmar after filming a protest that took place on July 30, 2022, before a news conference by his friends to call for his release at Japan National Press Club in Tokyo, Japan on August 3, 2022.

A court in military-ruled Myanmar has jailed a Japanese documentary filmmaker for 10 years for violating sedition and communications laws, Japan’s Kyodo News reported on Thursday, October 6.

Toru Kubota, 26, was arrested in July at a protest in Myanmar’s main city of Yangon. At the time, it was reported he faced charges of breaking an immigration law and encouraging dissent against ruling military.

On Wednesday, Kubota was sentenced to three years for sedition and seven years for violating a law on electronic communications, Kyodo reported, citing a source familiar with the case.

Reuters was unable to immediately verify the report. Calls to a military spokesperson went unanswered.

Myanmar has been trapped in a spiral of violence since the military overthrew an elected government last year. The junta has arrested thousands including politicians, bureaucrats, students, journalists, and foreigners as it attempts to smother dissent.

The junta insists Myanmar’s courts are independent and those arrested are receiving due process.

Japan has called for Kubota’s release.

A Japanese freelance journalist was arrested last year and charged with spreading false news in his coverage of anti-coup protests. He was later freed with the junta saying his release was in recognition the two countries’ close ties. – Rappler.com