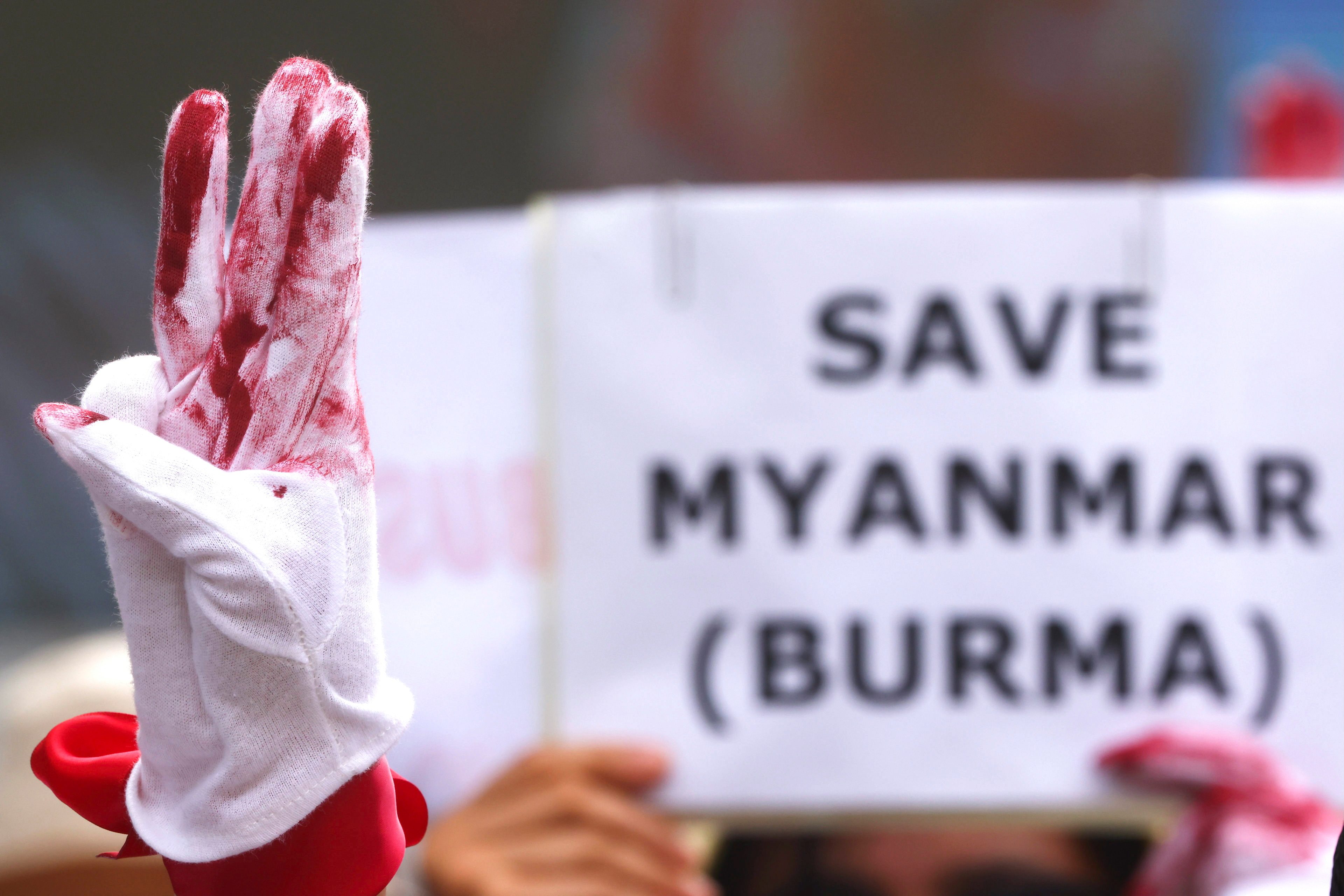 SENTENCED. In this file photo, a protester flashes a three-finger salute during a march to protest against Myanmar military coup, in Taipei, Taiwan, on May 2, 2021.

A Myanmar military tribunal has sentenced 28 people to 20 years in jail with hard labor for arson attacks on two factories, state media reported, after a string of mainly Chinese-financed factories were torched during unrest in Yangon in March.

The army-run Myawady news portal said the offenders had targeted a shoe plant and a garment factory in the industrial Hlaing Tharyar suburb of Myanmar’s biggest city.

Martial law was imposed in the suburb after the blazes, with dozens killed or wounded when security forces opened fire on anti-military protesters, media and an activist group said.

The Chinese embassy in Myanmar said at the time that many Chinese staff were injured and trapped in the arson attacks and called on Myanmar to protect Chinese property and citizens.

China is viewed as being supportive of the military junta that overthrew the elected government of Aung San Suu Kyi on February 1.

No group claimed responsibility for burning the factories.

Myanmar has been in chaos since the army took power and arrested Suu Kyi and other members or her party, with daily protests, marches and strikes against the junta.

Security forces have responded with lethal force, killing more than 800 people, according to the Assistance Association for Political Prisoners activist group. The military disputes this figure and coup leader Min Aung Hlaing recently said about 300 people had been killed in the unrest, including 47 police.

As well as renewed conflict with ethnic forces in border areas, fighting has also escalated between Myanmar’s army and often rag-tag militias opposed to the military in some regions.

In eastern Myanmar near the border of Shan and Kayah states, dozens of security forces and local fighters have been killed in recent fighting, according to residents and media reports.

A resident taking refuge near the town of Demoso reported on Friday, May 28, that power was down and fighting had flared on Thursday night, May 27, with the constant thud of artillery.

“We feared that the bombs will hit us. It made me tremble as they were constantly firing,” said the resident, who asked not to be identified.

She said everyone had fled Demoso and estimated that more than 40,000 people were taking refuge in areas around the town and were in need of food, clothing and shelter. – Rappler.com