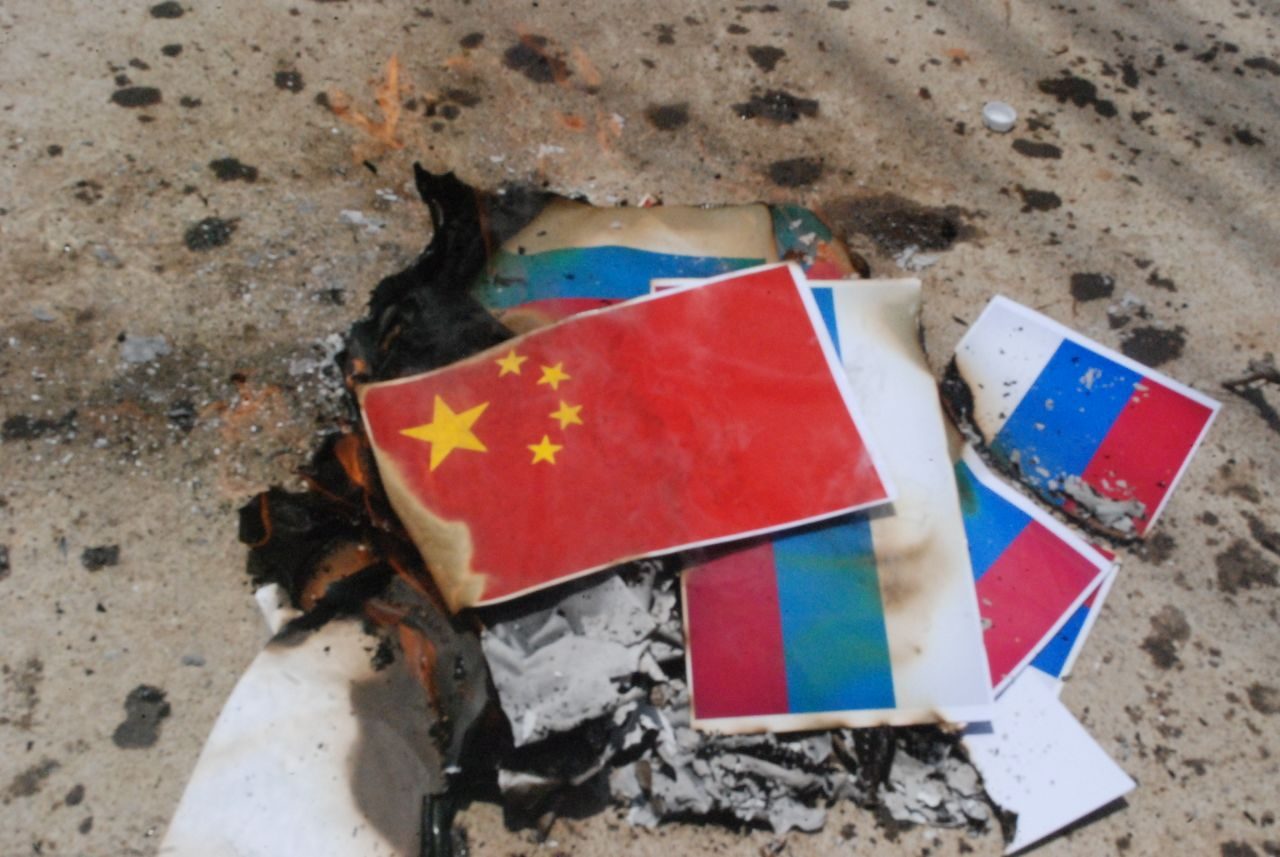 BURNT. Burnt flags of China and Russia are seen during a protest against the military coup, in Launglon township, Myanmar April 8, 2021.

Blasts from at least one parcel bomb in Myanmar have killed 5 people, including an ousted lawmaker and three police officers who had joined a civil disobedience movement opposing military rule, media reported on Tuesday, May 4.

Since the elected government led by Nobel laureate Aung San Suu Kyi was overthrown in a coup on February 1, Myanmar has seen an increasing number of small blasts in residential areas, and sometimes targeting government offices or military facilities.

The latest blasts were in a village in the southern central part of Myanmar in Western Bago and occurred at around 5 pm on Monday, the Myanmar Now news portal reported, citing a resident.

Three blasts were triggered when at least one parcel bomb exploded at a house in the village, killing a regional lawmaker from Suu Kyi’s National League of Democracy (NLD) party, as well as the three police officers and a resident, the report said.

Myanmar’s protest movement riven by suspicions and accusations of betrayal Another police officer involved in the civil disobedience movement was also severely wounded after his arms were blown off by the explosion, the resident was cited as saying. He had been hospitalised and was receiving treatment, it said.

Reuters could not independently verify the reports and a military spokesman did not answer a phone call seeking comment.

Violence has escalated since the coup, with hundreds reported killed by security forces, trying to quell pro-democracy protests in cities and rural towns. Ethnic militias have also backed opposition to the junta, and the military is fighting these groups on the fringes of Myanmar.

On Monday, the Kachin Independence Army, an ethnic rebel group, said it had shot down a military helicopter. 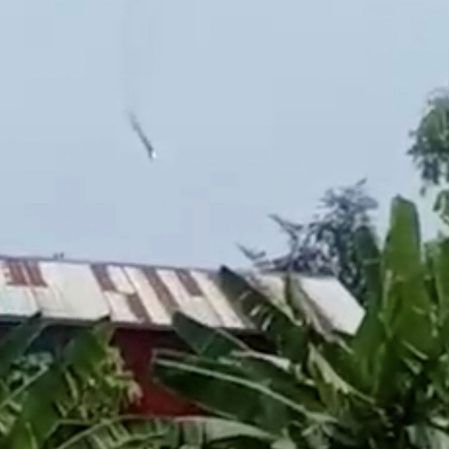 The Chinland Defence Force, a newly formed militia in Chin state bordering India, said on its Facebook page on Tuesday that its forces had killed at least four Myanmar army soldiers and wounded 10 in a clash overnight.

The Myanmar army has not commented on either claim so far.

Pro-democracy supporters held protests on Tuesday in the second-biggest city of Mandalay, including one by education staff calling for a boycott of schools and universities when they reopen in June, Myanmar Now reported.

The Assistance Association for Political Prisoners (AAPP) advocacy group says security forces have killed at least 766 civilians since the coup. The junta disputes the figure and says at least 24 members of security forces have been killed during the protests. Reuters is unable to verify casualties because of the curbs placed on media by the junta. Many journalists are among the thousands of people who have been detained.

The junta has revoked the licences of a string of media groups since the coup including two news outlets in Kachin in recent days, Myitkyina News Journal and The 74 Media.

The junta said it had to seize power because its complaints of fraud in a November election won by Suu Kyi’s party were not addressed by an election commission that deemed the vote fair.