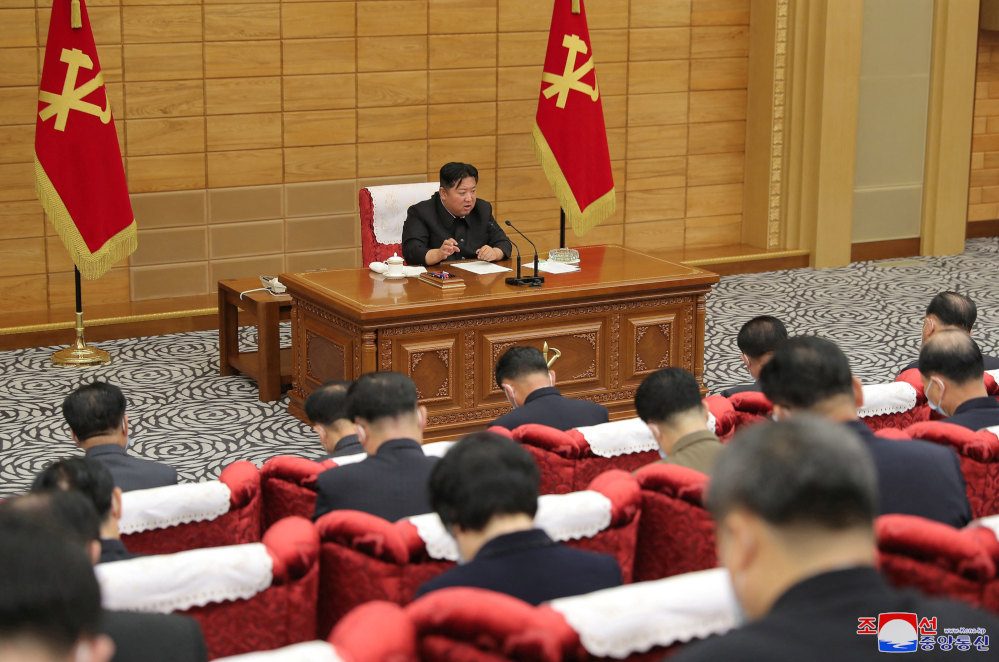 Facebook Twitter Copy URL
Copied
At least 219,030 people newly showed fever symptoms as of May 20, taking the total number of such cases to 2,460,640, the official KCNA news agency reports

SEOUL, South Korea – North Korea on Saturday, May 21, reported more than 200,000 new patients suffering from fever for a fifth consecutive day, as it fought its first confirmed coronavirus outbreak.

The ongoing wave of COVID-19, declared last week, has fueled concerns over a lack of vaccines, inadequate medical infrastructure and a potential food crisis in the country of 25 million, which has refused outside help and kept its borders shut.

At least 219,030 people newly showed fever symptoms as of Friday evening, taking the total number of such cases to 2,460,640, the official KCNA news agency reported, citing data from the state emergency epidemic prevention headquarters. The death toll rose by one to 66.

KCNA did not say how many people had tested positive for the virus.

In a separate report, KCNA said North Korean leader Kim Jong Un had held a meeting of the ruling Workers’ Party’s powerful politburo early on Saturday to check the COVID-19 situation and responses made over the nine days since the outbreak emerged.

Kim praised “positive progress” in the anti-virus campaign but called for consistently adjusting and optimizing policy to “seize the chance of winning the battle against the epidemic.”

KCNA did not elaborate on where Kim saw progress, but state media has lauded “good results” in the country’s COVID fight, citing sustained farming and production in key industrial sectors and construction projects.

With no national vaccination campaign and limited testing capability, the daily data released by state media could be underreported, and it may be difficult to assess the scale of the COVID wave, experts have said.

The UN human rights agency has warned of “devastating” consequences for North Korea’s 25 million people, while the World Health Organization has said unchecked spread could lead to emergence of deadlier new variants. – Rappler.com