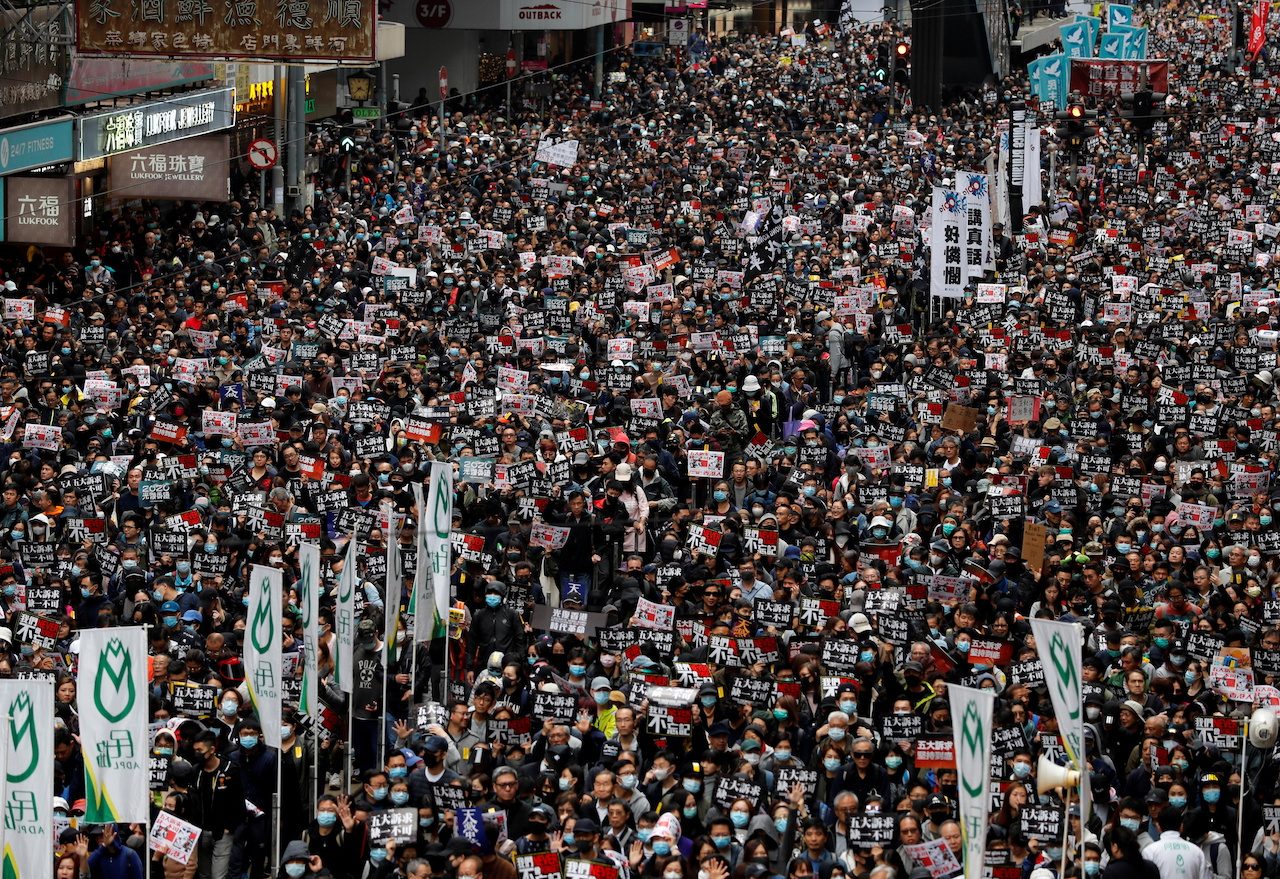 Civil Human Rights Front (CHRF), the pro-democracy group that organizes Hong Kong’s annual July 1 rally and galvanized millions to take part in street protests in 2019, has disbanded, in the latest blow to the opposition movement.

Police in April accused the group of breaching the Societies Ordinance and asked it to submit information regarding its finances and past activities.

CHRF was established in 2002 with an aim to provide a platform for different organizations to promote the development of human rights and civil society in Hong Kong.

It organized the global financial center’s first July 1 rally in 2003 that saw half a million people took to the streets to protest against a draft national security law, known as Article 23, that was later shelved.

CHRF said an annual meeting was held on Friday and the members decided to disband immediately.

“In the past year, the government has continued to use the epidemic as an excuse to reject demonstrations’ applications from CHRF and other groups,” it said in a statement on Sunday.

CHRF said its HK$1.6 million ($205,581) of assets would be donated to other appropriate organizations.

The disbanding comes on the heels of a similar move by the Professional Teachers’ Union after it was criticized by Chinese state media and Hong Kong authorities, deepening concerns over a crackdown on the city’s opposition movement.

The decision also casts a shadow over the future of the July 1 rally that marks the handover of the former British colony to Beijing in 1997 and which traditionally sees thousands taking to the streets to protest against everything from sky-high house prices to dissatisfaction with the government.

Authorities closed off parts of Victoria Park – where the annual rally usually starts – on this year’s anniversary, citing coronavirus restrictions.

Hong Kong’s democracy movement has crumbled since Beijing imposed a national security law on the city a year ago, with mass arrests and jailings of key opposition leaders.

Critics of the law say it is being used to crush dissent, which authorities in Beijing and Hong Kong reject.

The national security law punishes what Beijing regards as subversion, secession, terrorism and collusion with foreign forces with up to life in jail. – Rappler.com