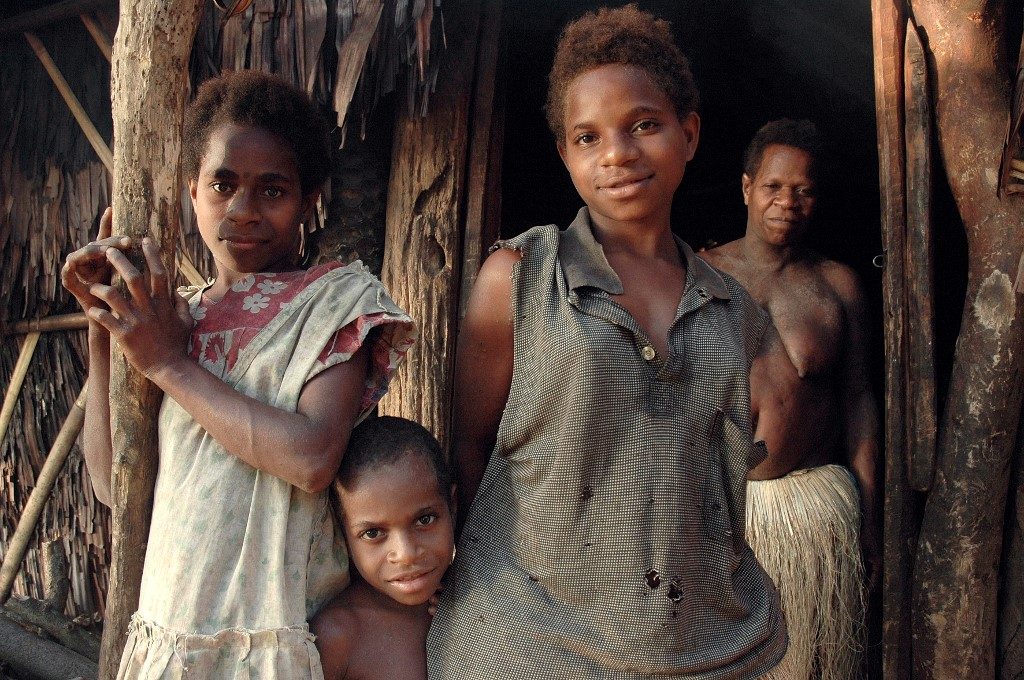 FAMILY. In the jungles of Vanuatu, on the southern island of Pentecost, (L-R) Weans, Watas,Tsibelau, and their mother stand in front of their hut in the village of Retap 14 September 2005.

Facebook Twitter Copy URL
Copied
The remote island nations and territories of Kiribati, Micronesia, Nauru, Palau, Samoa, Tonga, and Tuvalu are believed to still be free of the virus

Vanuatu has recorded its first COVID-19 case, health officials announced Wednesday, November 11, ending the Pacific island nation’s status as one of the few countries in the world to remain virus-free.

The health department said a 23-year-old man who had recently returned from the United States was confirmed to have the virus on Tuesday after being tested while in quarantine.

“A case detected in quarantine is considered a border case and not an outbreak,” the department said in a statement, adding that health protocols were in place to contain the virus.

It said the man, who was asymptomatic, had been isolated from other passengers during his flight to Vanuatu as a precaution because he had been in a high-risk location.

The statement said he had adhered to all social distancing rules upon arrival, and that contract tracing of all the people who had been in his vicinity was under way.

Vanuatu closed its borders in March in a bid to keep the pandemic at bay, only recently allowing in strictly controlled repatriation flights.

Pacific island nations were swift to isolate themselves, despite the economic cost, amid fears their poor health infrastructure made them particularly vulnerable to the pandemic.

As a result, the remote island nations and territories of Kiribati, Micronesia, Nauru, Palau, Samoa, Tonga, and Tuvalu are believed to still be free of the virus.

The Solomon Islands and Marshall Islands lost their virus-free status last month, although, like Vanuatu, they have so far avoided community transmission. – Rappler.com