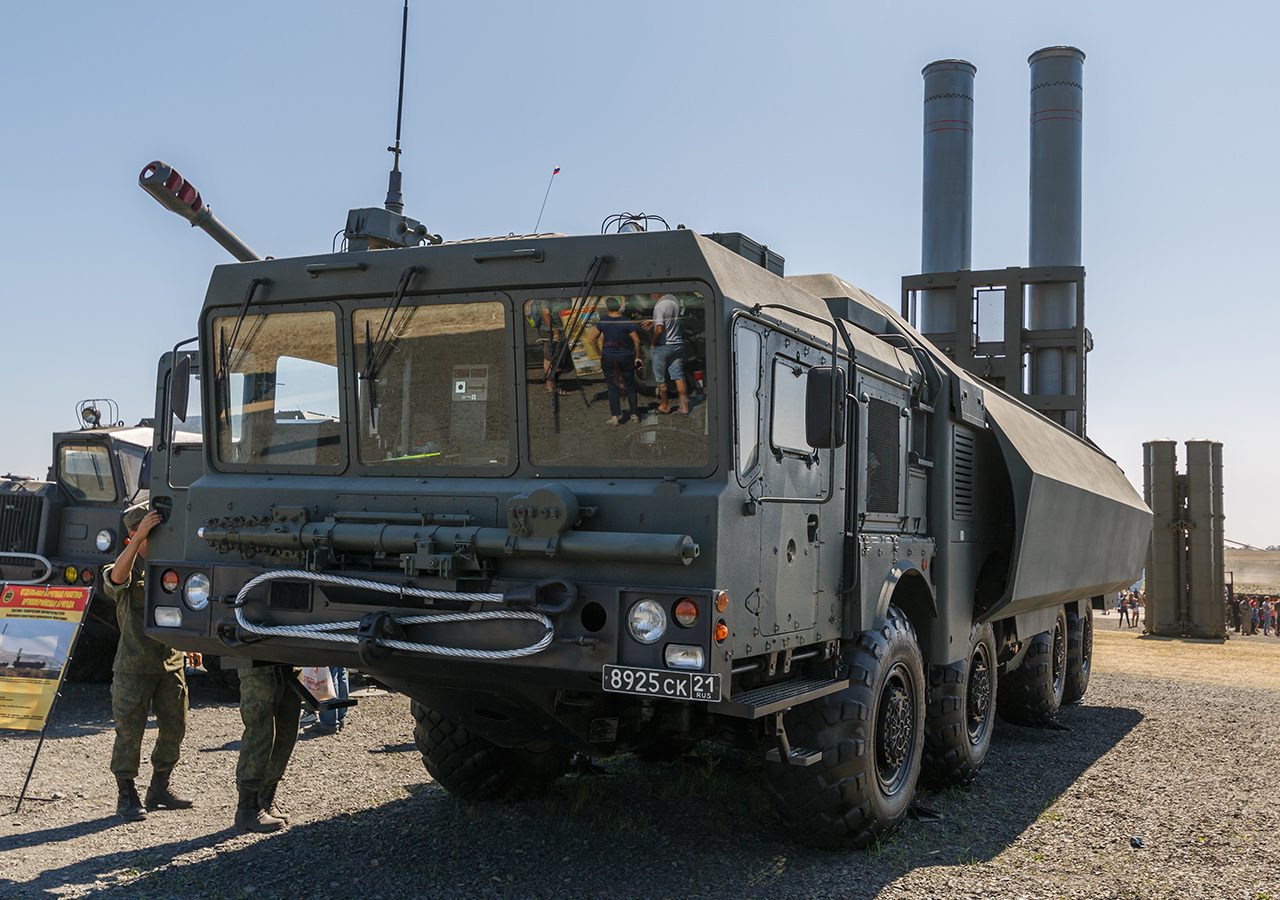 FILE PHOTO. A Bastion coastal missile launcher with Yakhont and P-800 Oniks anti-ship missiles at the Kadamovskiy Training Ground in the Rostov Region of Russia.

Facebook Twitter Copy URL
Copied
Japan lays claim to the Russian-held southern Kuril islands, which Tokyo calls the Northern Territories, a territorial row that dates to the end of World War II, when Soviet troops seized them from Japan

Russia’s defense ministry has said it has deployed mobile coastal defense missile systems on a northern Kuril island, part of a strategically located chain of islands that stretch between Japan and the Russian Kamchatka Peninsula.

Japan lays claim to the Russian-held southern Kuril islands, which Tokyo calls the Northern Territories, a territorial row that dates to the end of World War Two, when Soviet troops seized them from Japan.

The Russian Bastion systems, which have missiles with a flight range of up to 500 km (310 miles), were deployed on the island of Paramushir, the Russian defense ministry said on Monday.

“Coastal servicemen of the Pacific Fleet will keep a round-the-clock watch to control the adjacent water area and strait zones,” it said.

The ministry said that a military camp was set up on Paramushir with facilities allowing for year-round service, accommodation, recreation and food for personnel.

This deployment comes a year after Russia set up the Bastion systems on the island of Matua, in the central part of the Kuril ridge, the ministry said in a statement.

Japan’s Chief Cabinet Secretary Hirokazu Matsuno told a Tuesday news conference that the government will closely monitor the Russian military activity, adding it has been intensifying in the far east regions in tandem with Moscow’s invasion of Ukraine. Russia calls the invasion a “special operation”.

The Washington-based think tank Center for Strategic and International Studies said in a September report that overshadowed by the invasion of Ukraine, Moscow’s militarization of the Kuril Islands “has flown largely under the radar.”

“Russia’s steps to boost its presence suggest that the islands will continue to play a pernicious role in the future of Russo-Japanese relations and that Japan and the United States should deepen consultations regarding Russia’s activities in the region,” according to the report, published on the center’s website.

Japan has joined its Western allies in applying economic sanctions on Russia after it sent tens of thousands of troops into Ukraine in what Moscow calls a “special military operation.” Ukraine and its allies say Russia launched an unprovoked war.

Russia withdrew from peace treaty talks with Japan and froze joint economic projects related to the disputed Kuril Islands because of Japanese sanctions over Russia’s invasion of Ukraine. – Rappler.com