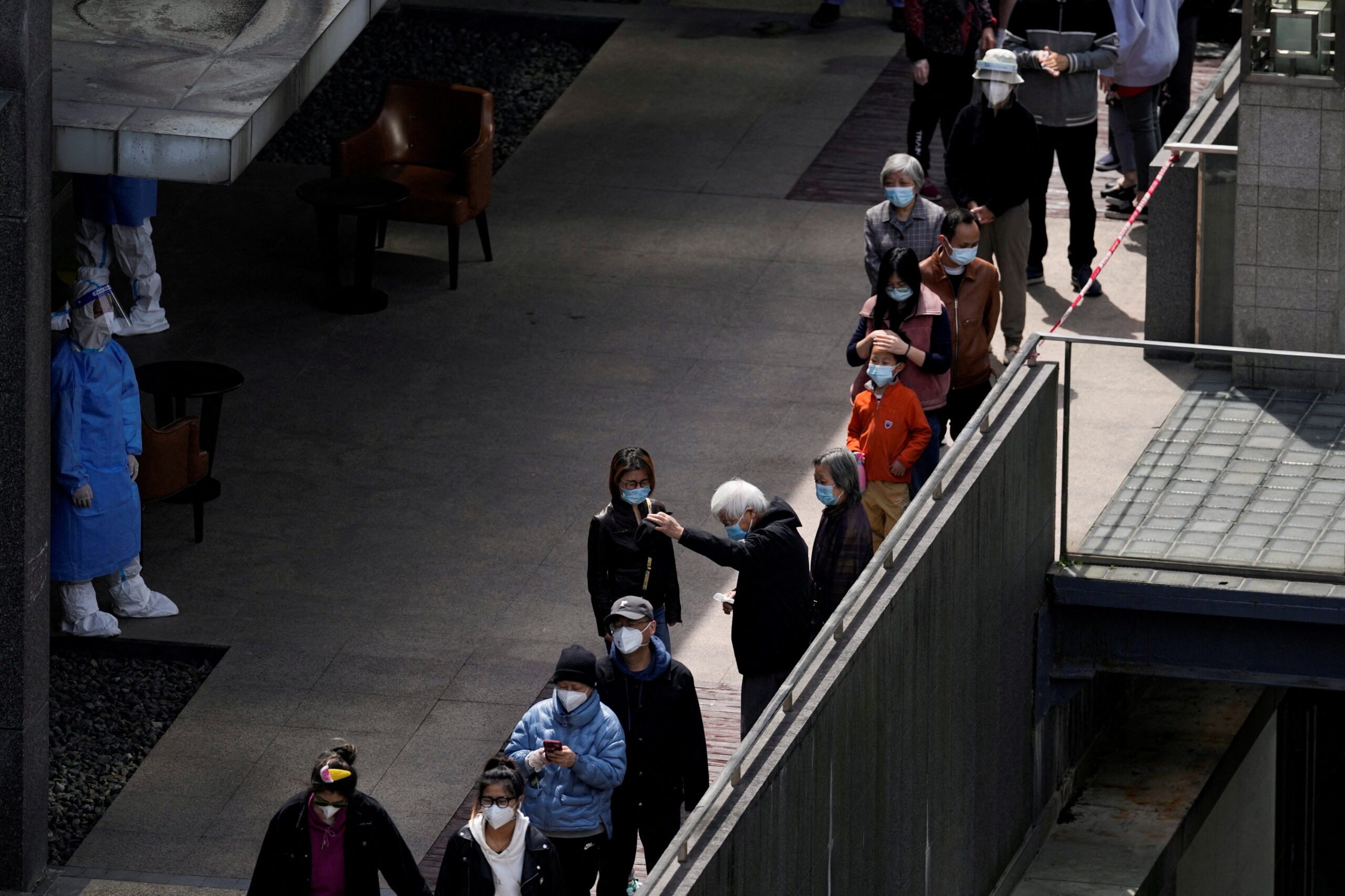 COVID-19. Residents line up for nucleic acid testing at a residential area, during the second stage of a two-stage lockdown to curb the spread of the coronavirus disease (COVID-19), inu00a0Shanghai, China on April 4, 2022.

Facebook Twitter Copy URL
Copied
Shanghai's case numbers are small compared to some cities globally, but it is battling China's worst COVID-19 outbreak since the virus emerged in the central city of Wuhan in 2019

SHANGHAI, China – Shanghai reported nearly 25,000 locally transmitted COVID-19 infections on Sunday, April 10, as residents of China’s most populous city voiced complaints over food and basic supplies and concern spread that more cities may soon be in the same situation.

Streets of the locked-down financial hub of 26 million people remained as curbs under the city’s “zero tolerance” policy allow only healthcare workers, volunteers, delivery personnel or those with special permission to go out.

Shanghai’s case numbers are small compared to some cities globally, but it is battling China’s worst COVID-19 outbreak since the virus emerged in the central city of Wuhan in 2019.

The city has become a test bed for China’s elimination strategy, which seeks to test, trace and centrally quarantine all COVID-positive people to stem the spread of the coronavirus.

The curbs have sharply squeezed supplies of food and other essentials. Many supermarkets have been shut and thousands of couriers locked in. Access to medical care has also been a concern.

Online videos show residents struggling with security personnel and hazmat-suited medical staff at some compounds in recent days, with occupants shouting that they need food.

JD.com vice president Wang Wenbo said he understands concerns about delivery speed and that the company is focussing on basic foodstuffs and baby care items. Ele.me senior vice president Xiao Shuixian said his company had brought 2,800 more delivery workers in over the past week.

Citizens in several cities expressed anxiety in social media groups that their cities might also go into lockdown.

On Saturday, April 9, the southern megacity of Guangzhou, home to more than 18 million people, said it would begin testing across its 11 districts after cases were reported on Friday, April 8.

Guides circulated on social media from someone in Shanghai recommended items for people in other cities to stock up on in case of lockdown, such as basic cooking equipment, seasonings, and staple dried foods like rice and pasta.

Of the local cases Shanghai reported on Sunday, 1,006 were symptomatic while 23,937 were classed as asymptomatic, which China counts separately. – Rappler.com