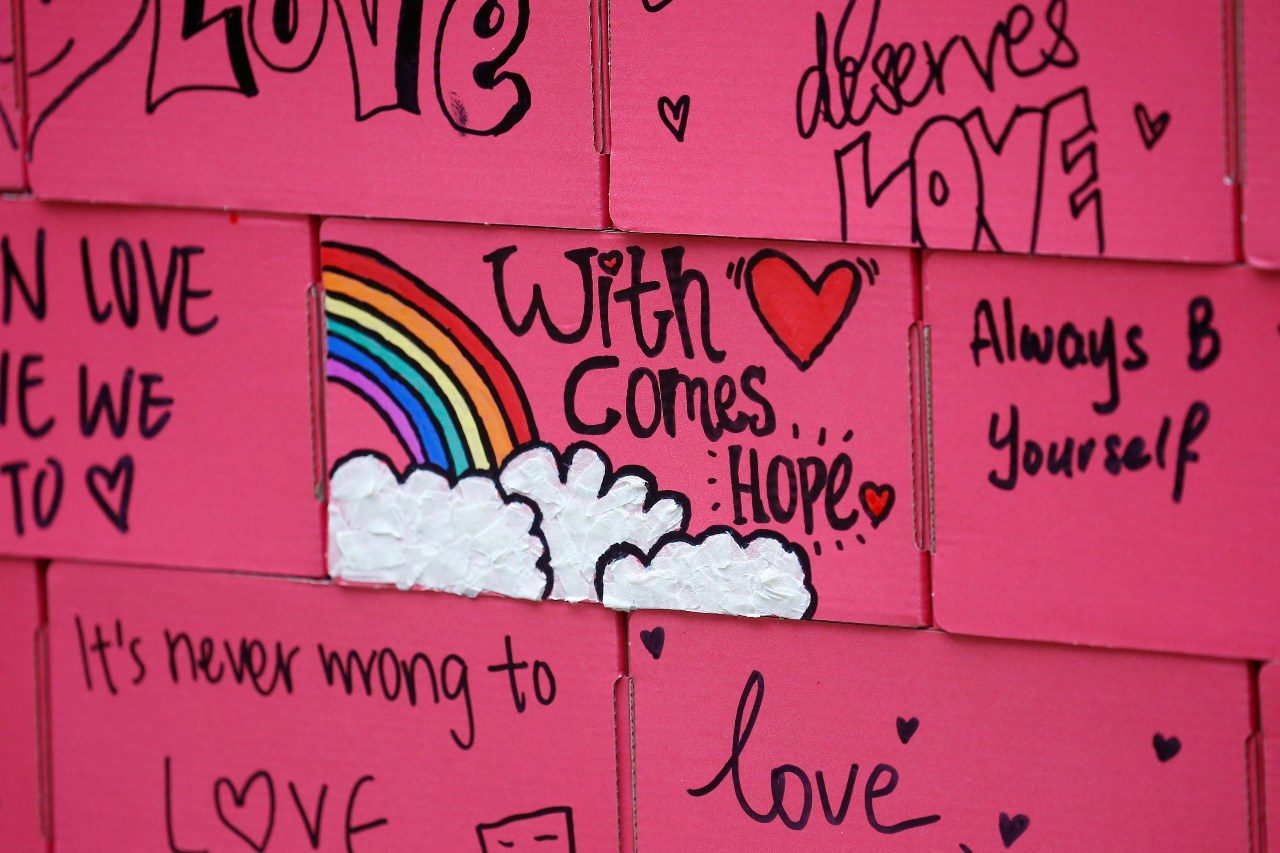 PINK DOT. A message of hope is seen at Pink Dot, an annual event organized in support of the LGBT community, at the Speakers' Corner in Hong Lim Park in Singapore, on June 29, 2019.

Facebook Twitter Copy URL
Copied
Both the repeal and the constitutional amendment are passed with an overwhelming majority, thanks to the ruling People's Action Party's dominance in parliament. There is no timeline yet for when the new laws take effect.

SINGAPORE – Singapore’s parliament on Tuesday, November 29, decriminalized sex between men, but, in a blow to the LGBT community, also amended the constitution to prevent court challenges that in other countries have led to the legalization of same-sex marriage.

The moves come as other parts of Asia, including Taiwan, Thailand and India are recognizing more rights for the lesbian, gay, bisexual and transgender (LGBT) community.

Activists cheered the repeal, but said the amendment to the constitution is disappointing because it means citizens will not be able to mount legal challenges to issues like the definition of marriage, family, and related policies since these will only be decided by the executive and legislature.

The government has defended amending the constitution saying decisions on such issues should not be led by the courts. Prime Minister Lee Hsien Loong and his successor have ruled out any changes to the current legal definition of marriage as being between a man and a woman.

“We will try and maintain a balance…to uphold a stable society with traditional, heterosexual family values, but with space for homosexuals to live their lives and contribute to society,” Home Affairs Minister K. Shanmugam said in parliament this week.

Both the repeal and the constitutional amendment were passed with an overwhelming majority, thanks to the ruling People’s Action Party’s dominance in parliament. There is no timeline yet for when the new laws take effect.

The changes do, however, leave room for a future parliament to expand the definition of marriage to include same-sex relationships.

Bryan Choong, chair of LGBTQ advocacy group Oogachaga, said it was a historical moment for activists who have been campaigning for a repeal of the law known as Section 377A for 15 years. But he added that LGBT couples and families also “have the right to be recognized and protected.”

In Singapore, attitudes towards LGBT issues have shifted towards a more liberal stance in recent years especially among the young, though conservative attitudes remain among religious groups. Of those aged 18-25, about 42% accepted same-sex marriage in 2018, up from 17% just five years prior, according to a survey by the Institute of Policy Studies. – Rappler.com