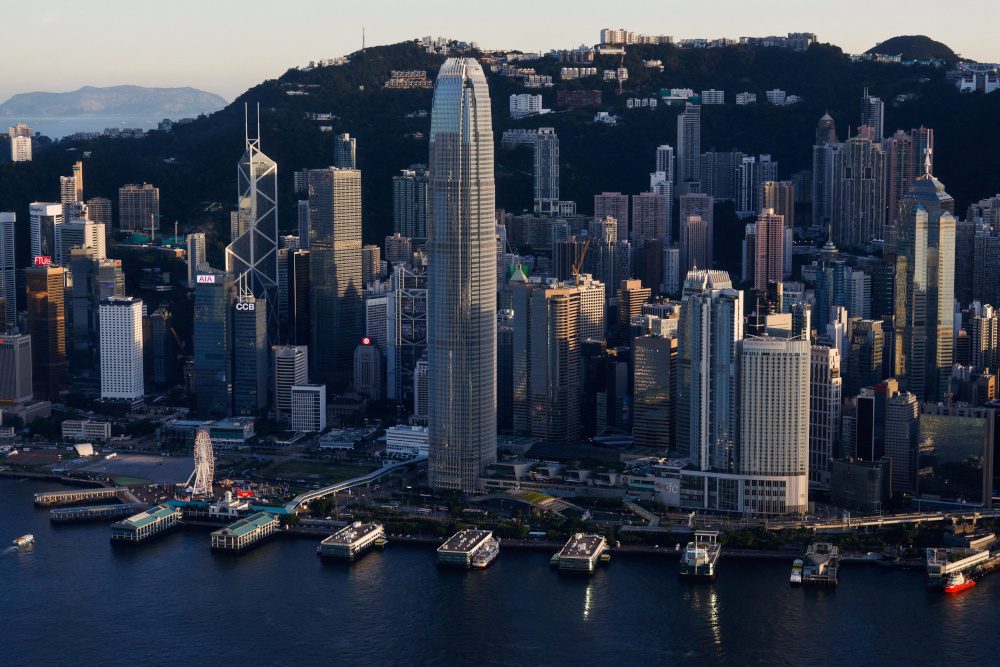 HONG KONG. A general view of Two International Finance Centre, HSBC headquarters, and Bank of China are seen in Hong Kong on July 13, 2021.

Facebook Twitter Copy URL
Copied
Some employees would 'work from home as much as possible,' Hong Kong's government says, adding individual departments might temporarily cut back on some public services as a result

HONG KONG – Hong Kong will take steps from Tuesday, January 25, to cut the number of civil servants working in their offices, as it battles a spate of COVID-19 infections in the run-up to the busy Lunar New Year holiday.

Daily cases hit an 18-month high of 140 on Sunday, as a weekend surge in infections linked to a congested public housing estate sent authorities in the Asian financial hub scrambling to rein in the virus.

Some employees would “work from home as much as possible,” the government said in a statement on Monday, adding that individual departments might temporarily cut back on some public services as a result.

Ahead of next week’s Lunar New Year holiday, Hong Kong has locked down thousands of people in the Kwai Chung estate for five days. About 35,000 face some curbs and must have daily tests, leader Carrie Lam said over the weekend after a visit.

The situation is testing Hong Kong’s “zero-COVID” strategy to eliminate the disease, with schools and gyms already shut, restaurants closing at 6 p.m. and many major air links severed or disrupted.

There was only a “slim chance” that city-wide restrictions could be lifted on February 4 as had been planned, Lam has said.

Last week authorities stirred outrage with an order to cull more than 2,000 hamsters in dozens of pet shops, after tracing an outbreak to a worker in a shop where 11 hamsters tested positive. – Rappler.com