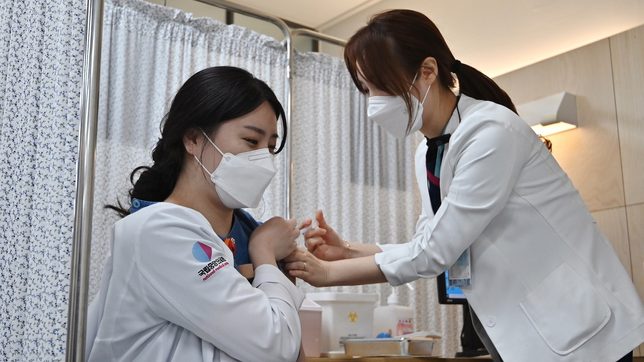 South Korea said on Saturday, October 23, that it has achieved its goal of vaccinating 70% of its 52 million people, paving the way for a planned return to normal next month.

The target, set a month before the country kicked off its inoculation campaign in late February, was reached by 2 pm (0500 GMT), with some 36 million vaccinated, said the Korea Disease Control and Prevention Agency (KDCA).

The goal earlier was met with skepticism as the government grappled with global COVID-19 vaccine shortages and shipment delays. But despite its rough start, South Korea quickly ramped up its vaccination drive, thanks chiefly to expanded supplies and relatively high public acceptance, surpassing the United States and other early starters.

“It’s impossible to put an end to the pandemic by reaching herd immunity due to the spread of highly transmissible Delta variant,” the KDCA said in a statement.

“But meeting the vaccination goal has significant meaning in reducing severe cases and fatality, and as an important precondition for a transition to phased recovery of our daily lives.”

South Korea has largely successfully managed to cope with the pandemic without imposing lockdowns seen in many other parts of the world, on the back of intensive testing and tracing.

But it has struggled to suppress its fourth COVID-19 wave since last summer, with new daily cases topping 3,000 for the first time last month, though they brought fewer critical cases and deaths.