South Korea to expand curbs on private gatherings beyond Seoul 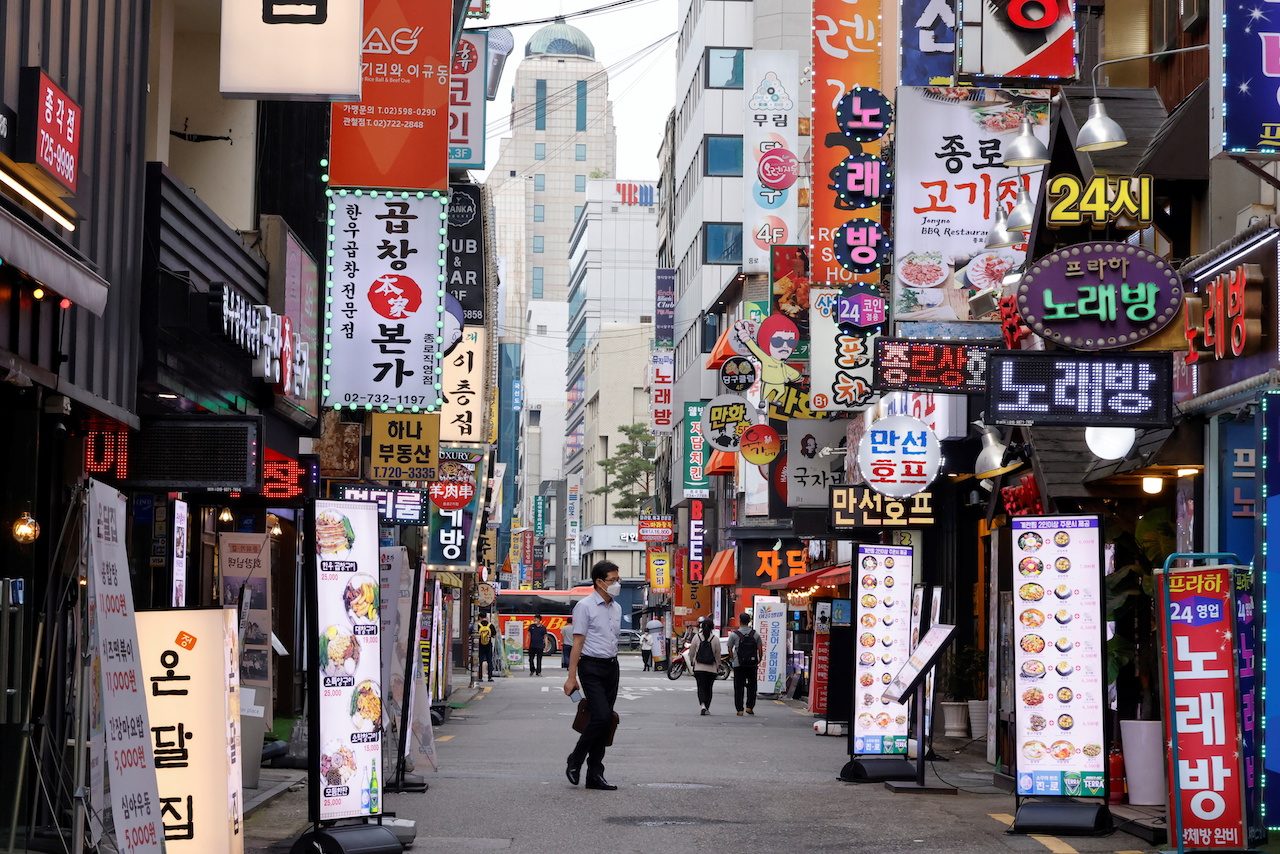 IN SEOUL. A man walks on a nearly empty street amid tightened social distancing rules due to the COVID-19 pandemic in Seoul, South Korea, July 12, 2021.

Facebook Twitter Copy URL
Copied
From July 19 until August 1, current rules in Seoul limiting private gatherings to four people will apply to the rest of the country

South Korea will expand tougher COVID-19 restrictions on private gatherings to outside the Seoul metropolitan area, as the country struggles to contain its worst outbreak, its prime minister said on Sunday, July 18.

“It’s been a week since the toughest level of distancing curbs have been imposed in the metropolitan area but the number of confirmed (virus) cases is rarely decreasing…Pre-emptive measures are needed for now,” Prime Minister Kim Boo-kyum told a meeting with health officials.

From Monday, July 19, until August 1, current rules in Seoul limiting private gatherings to four people will apply to the rest of the country.

South Korea, once cited as a success story for keeping COVID-19 under control, is battling record infections as the more transmissible Delta variant spreads, triggering a semi-lockdown in the Seoul area.

The toughest level of curbs in the greater Seoul area, including a ban on gatherings of more than two people after 6 pm, took effect last week. Gatherings of up to four people are allowed during the daytime.

The country reported 1,454 new coronavirus cases on Saturday, bringing cumulative cases to 177,951 and total deaths to 2,057. Only 30% of South Korea’s 52 million people have received at least one dose of the COVID-19 vaccine.

About 32% of the 1,402 locally acquired cases on Saturday were recorded outside the greater Seoul area, up from 28% a day earlier.

Separately on Sunday, the Ministry of Defense said it will airlift all troops from a ship on anti-piracy patrol in the Middle East after dozens of soldiers on board tested positive for the coronavirus. A replacement crew will steer the vessel back home.

Two aerial tankers departed for the Middle East hours after the ministry confirmed 68 troops on the ship had tested positive for the virus.

The government said on Thursday it would send a medical team to address the outbreak on the vessel.

But there are fears the outbreak could be much worse and require more drastic action. Yonhap News Agency said the Joint Chiefs of Staff had received only 101 results from PCR tests of the more than 300 service members on board, while the rest may be disclosed in coming hours.

On Saturday, an International Olympic Committee member from South Korea tested positive after arriving in Tokyo for the Games and was isolated. – Rappler.com