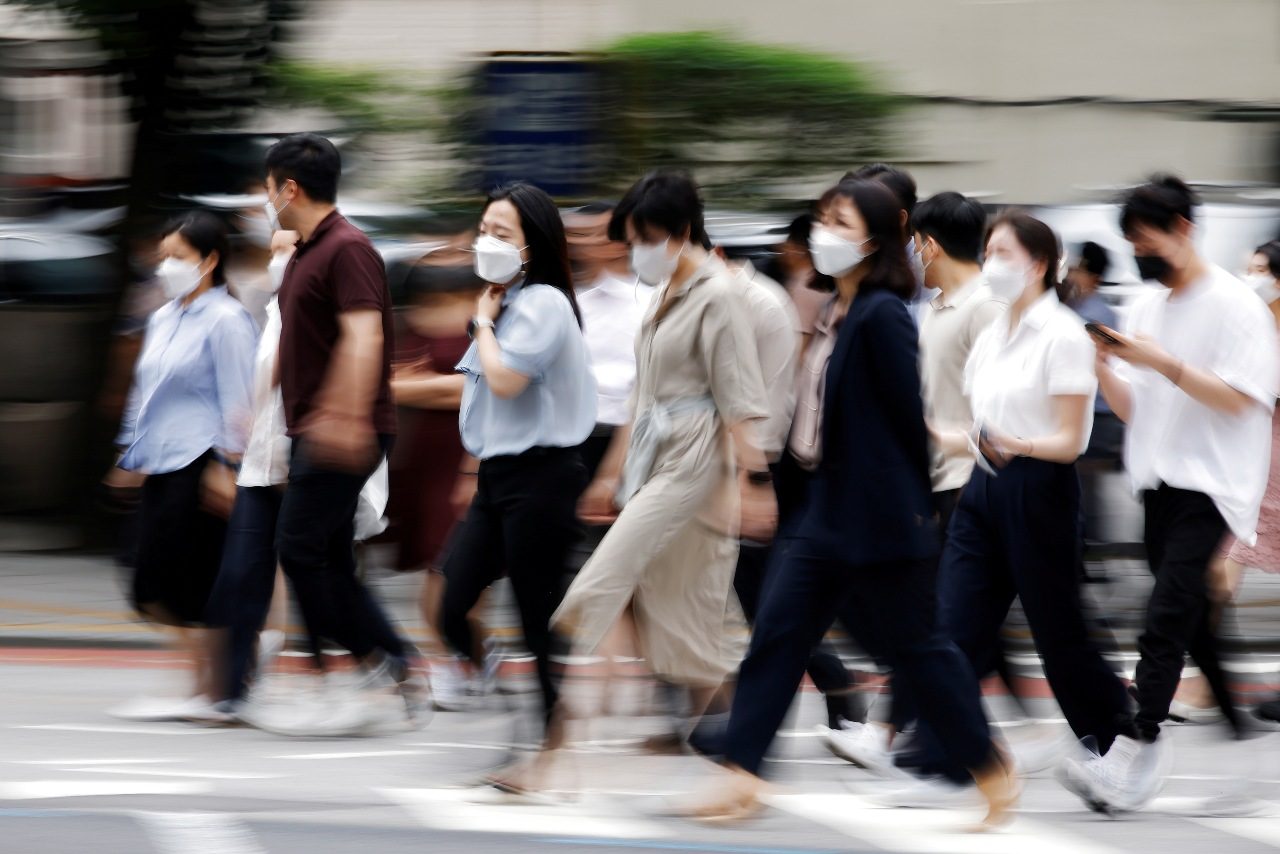 Facebook Twitter Copy URL
Copied
Under the new curbs, people are advised to stay home as much as possible, schools are closed, public meetings are restricted to two people after 6 pm and rallies or other events are banned

South Korea will raise anti-coronavirus restrictions to the highest level in Seoul and some neighboring regions for two weeks from Monday, July 12, Prime Minister Kim Boo-kyum said on Friday, July 9, after new COVID-19 cases climbed to a daily record for the second day running.

The country reported 1,316 new COVID-19 cases as of midnight Thursday, July 8, up from the previous record on Wednesday July 7, of 1,275 a day. On Thursday a top health official warned the numbers may nearly double by the end of July.

Under the new curbs, people are advised to stay home as much as possible, schools are closed, public meetings are restricted to two people after 6 pm and rallies or other events are banned. Nightclubs and bars would be shut, while restaurants and cafes would be allowed limited seating and only take-out services after 10:00 pm.

“Seoul alone saw 500 confirmed cases for the third day,” Kim told a televised government meeting. “Four out of five infections are from the metropolitan Seoul area.”

While the new, ‘Level 4’ restrictions – the toughest of all distancing measures – will be imposed on Monday, Kim also advised the public to refrain from any private gatherings starting Friday.

He also said that during the two-week semi-lockdown the government will suspend a program introduced earlier this year that allowed mask-free outdoor gatherings for citizens vaccinated with at least one COVID-19 shot.

South Korea has only given both shots in the dual vaccination process to just over 10% of its 52 million population, while 30% have received at least one dose, the majority of whom are aged over 60. The country aims to reach herd immunity before November by inoculating 70% of the public with at least one shot by September.