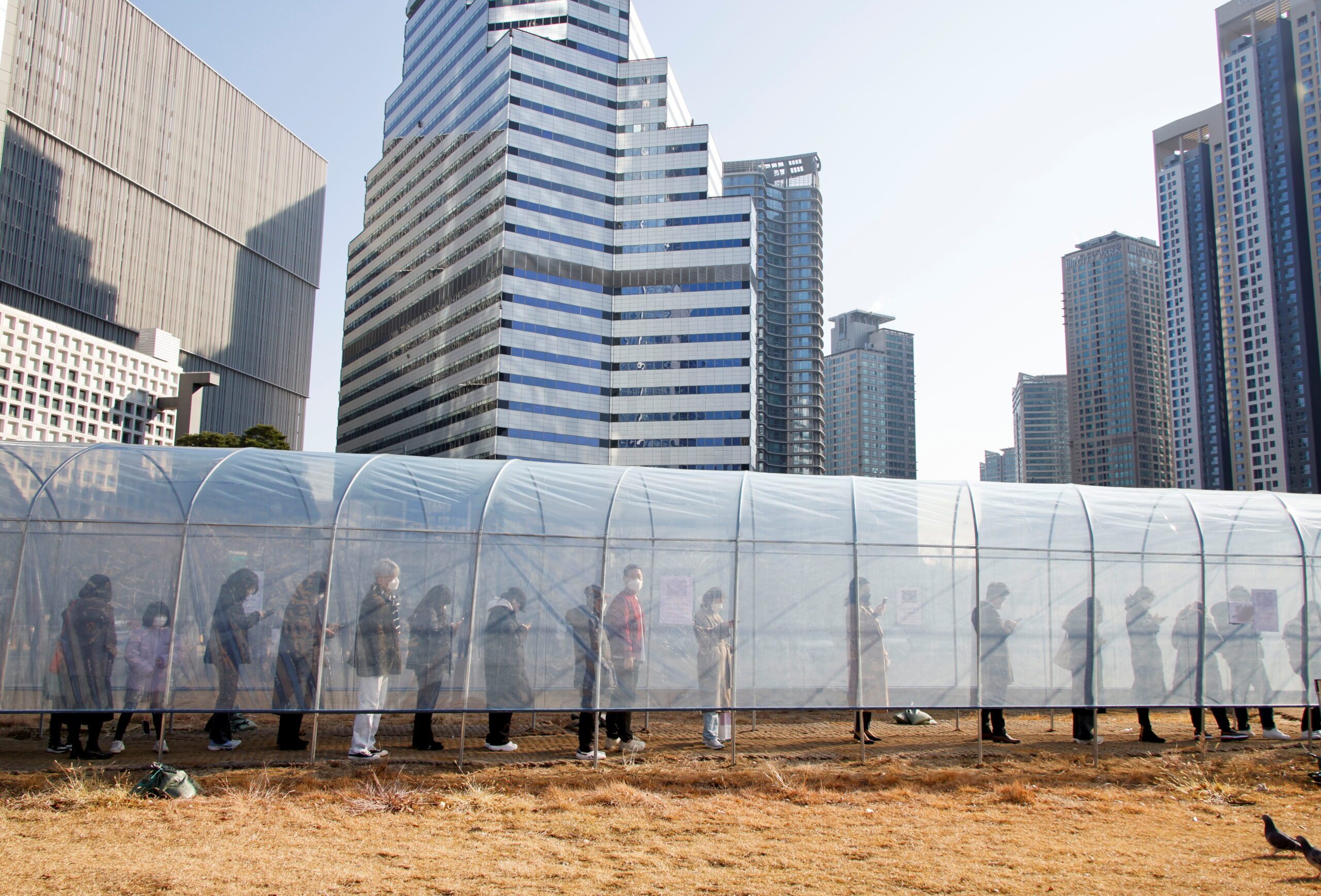 TESTING. People wait in a line to undergo coronavirus disease (COVID-19) testing at a temporary testing site set up at a railway station in Seoul, South Korea, December 8, 2021.

SEOUL, South Korea – South Korea said on Friday, December 31, that it will extend stricter social distancing rules for two weeks amid a persistent surge in serious coronavirus infections and concerns over the spread of the highly contagious Omicron variant.

The government reinstated the curbs on December 18, six weeks after easing them under a “living with COVID-19” scheme, as record-breaking numbers of new infections and serious cases put a huge strain on the country’s medical system.

Daily tallies have since decreased, with 4,875 new cases on Thursday, December 30m after spiralling near 8,000 two weeks ago, but the number of critically ill patients still hovers around their highest level of 1,000, according to the Korea Disease Control and Prevention Agency (KDCA).

The extension is also aimed at bracing for a further spread of Omicron cases by using the time to secure more hospital beds and encourage a booster vaccine shot campaign, Prime Minister Kim Boo-kyum said.

“We should reserve sufficient beds that can cover some 10,000 cases a day, and we should also speed up booster shots and children’s vaccinations,” he told an intra-agency meeting.

The curbs, which will be effective until January 16, ban gatherings of over four fully vaccinated people, and require restaurants, cafes and bars to close by 9 pm (1400 GMT) and movie theatres and internet cafes by 10 p.m.

Unvaccinated people can only dine out alone, or use takeout or delivery services.

Nearly 91% of South Koreans aged 12 or older are fully vaccinated.

Health Minister Kwon Deok-cheol told a briefing the Omicron variant is likely to be dominant in the near future, as seen in the United States and much of Europe.

South Korea has canceled its traditional midnight bell-ringing ceremony for the second straight year, as the coronavirus stifles New Year celebrations and scaled back other festivities around the globe amid efforts to contain rampant transmission. – Rappler.com