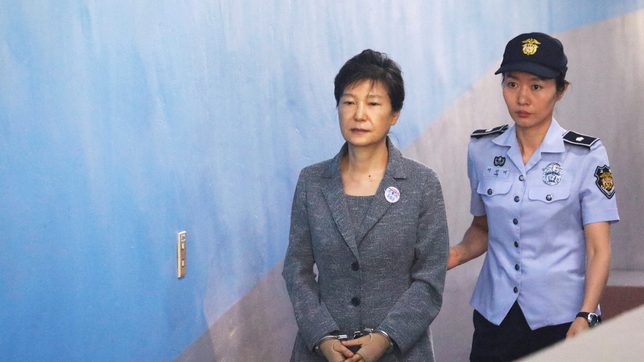 SEOUL, South Korea – South Korea’s President Moon Jae-in granted a pardon to former President Park Geun-hye, who is in prison after being convicted of corruption, the justice ministry said on Friday, December 24, amid a tight presidential race.

Park, 69, became South Korea’s first democratically elected leader to be thrown out of office when the Constitutional Court upheld a parliament vote in 2017 to impeach her over a scandal that also landed the heads of two conglomerates, including Samsung Electronics, in jail.

She was brought down after being found guilty of colluding with a confidante to receive tens of billions of won from major conglomerates to help her family and fund nonprofit foundations she owned.

In January, South Korea’s top court upheld a 20-year prison sentence for Park on the graft charges that finalized her downfall, bringing an end to the legal process and for the first time raising the possibility of a pardon.

But Park’s predecessor Lee Myung-bak, who is also imprisoned on corruption charges, was not pardoned.

The decision came as many supporters and politicians of the conservative main opposition People Power party have been calling for Park’s pardon ahead of the March presidential election.

Opposition lawmakers have said that Park has experienced health problems while in prison, including undergoing shoulder surgery. – Rappler.com