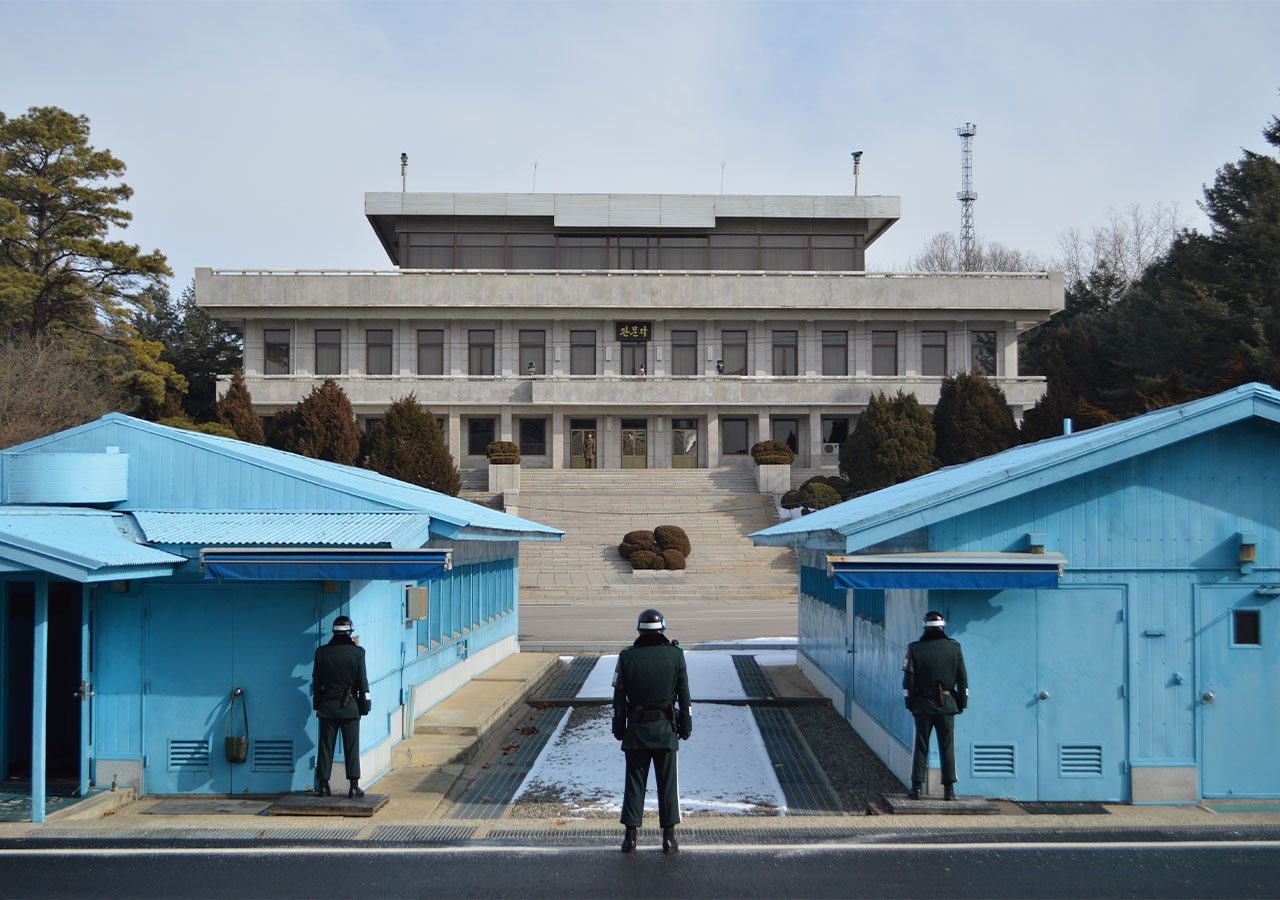 DMZ. Soldiers stand at the truce village of Panmunjom, within the Demilitarized Zone (DMZ) separating North and South Korea.

Facebook Twitter Copy URL
Copied
The surprise proposal came days before the thanksgiving holiday of Chuseok, when the two Koreas have held family reunions before

The surprise proposal came days before the thanksgiving holiday of Chuseok, when the two Koreas have held family reunions before. But prospects remain unpromising, with the North racing to beef up its weapons arsenals and refusing to deal with Yoon’s administration.

Unification Minister Kwon Young-se, who is in charge of inter-Korean affairs, urged a swift, positive response, saying Seoul will consider Pyongyang’s preferences in deciding the date, venue, agenda and format of the talks.

“We hope that responsible officials of the two sides will meet in person as soon as possible for a candid discussion on humanitarian matters including the issue of separated families,” Kwon told a news conference.

The two Koreas have held family reunions around major holidays, mostly under liberal governments in the South, which have sought to reengage the North and provide food and other handouts.

But cross-border ties have soured. The North conducted an unprecedented number of missile tests this year and is seen as ready for its first nuclear test since 2017.

When asked about the possibility of food aid, Kwon said his government was not exploring “special incentives,” but would be willing to “consider positively if the North makes other humanitarian requests” during talks for reunions.

Even if Pyongyang rejects his offer, Seoul will “continuously make proposals,” he said.

Kwon added that his offer would be sent via an inter-Korean hotline to Ri Son-gwon, director of the North’s United Front Department, which handles South Korea issues.

Lim Eul-chul, a professor at the Institute for Far Eastern Studies at Kyungnam University, said chances are extremely low that the North would accept the offer, citing its recent comments on Yoon.

“Family reunions is a basic humanitarian issue but in reality it requires a substantial level of trust between both sides,” he said.

Yoon, who took office in May, has unveiled what he called an “audacious” plan to provide economic aid in return for nuclear disarmament, but said he would respond sternly to the North’s provocations.

Kim Yo Jong, the powerful sister of North Korean leader Kim Jong-un, said last month Yoon should “shut his mouth” and her country would not sit face to face with him, criticizing his plan as “absurd.” Kwon said his proposal was not part of Yoon’s aid-for-denuclearization initiative but a step meant to restart humanitarian exchanges regardless of the political and military situations.

“The audacious plan and humanitarian issues can go in parallel, bringing positive effects to each other,” he said.

Lim said Yoon’s government was unlikely to have high expectations for Pyongyang accepting the offer, but might have seen its value in domestic politics given his low approval ratings and cross-border tensions.

The separated families are victims of a political standoff that has persisted since the 1950-53 war ended in an armistice rather than a peace treaty.

The last round of family reunions took place in 2018, when Yoon’s liberal predecessor held summits with Kim Jong-un and tried to broker a peace agreement between Pyongyang and Washington. – Rappler.com