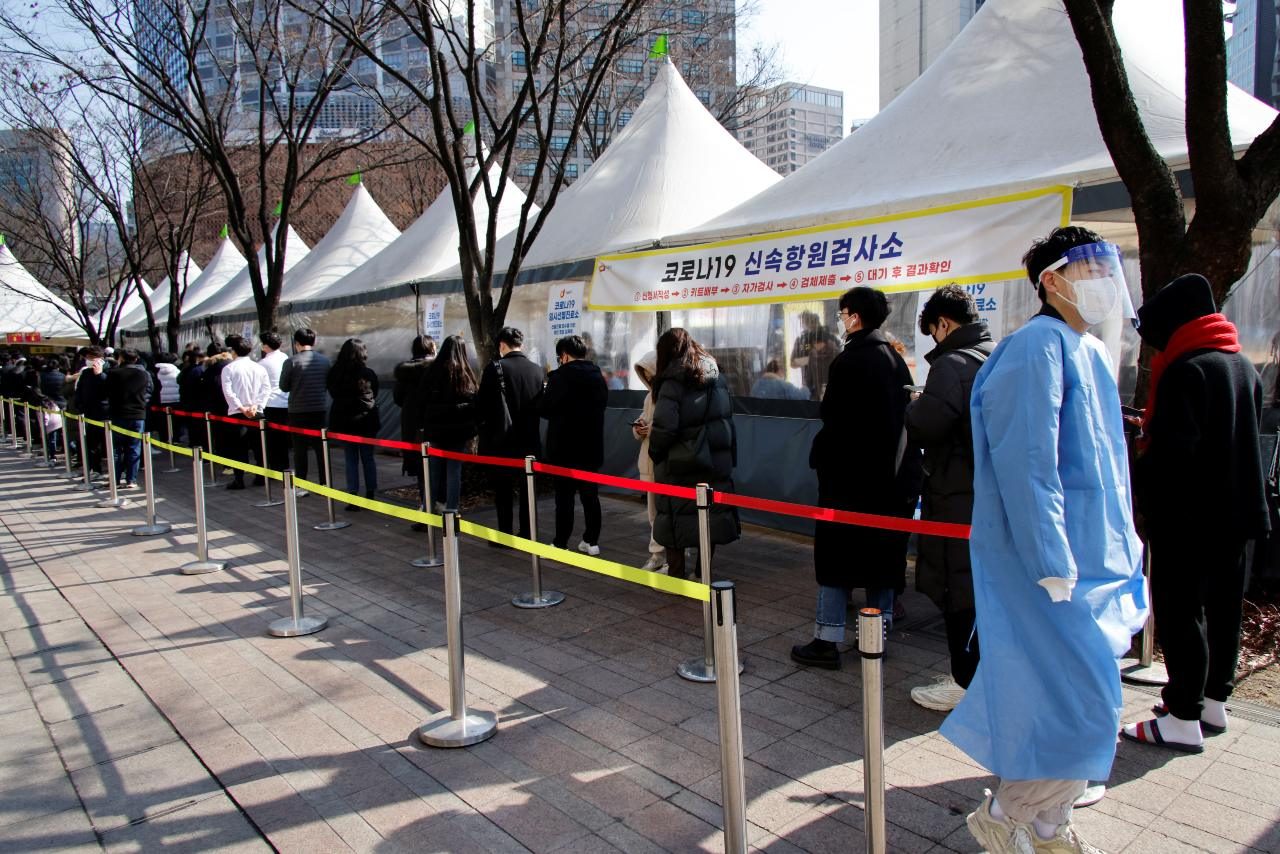 SURGE. In this file photo, people wait in line to undergo the COVID-19 test at a temporary testing site set up at City Hall Plaza in Seoul, South Korea, on February 10, 2022.

“He was coughing a bit this morning but is now only having mild cold symptoms,” an official at his office told Reuters.

He had begun receiving treatment at home and the intra-agency anti-virus meetings would be temporarily led by other officials, his office said in a statement.

The Korea Disease Control and Prevention Agency (KDCA) reported 198,803 new COVID-19 cases as of midnight Wednesday, March 2, a day after the daily tallies hit a record of 219,241.

South Korea has largely been a COVID-19 mitigation success story, with 3,691,488 infections among its 52 million population and a relatively low death rate.

But health officials estimated that the current wave of infections will go on and peak at about 330,000 daily cases by mid-March. – Rappler.com