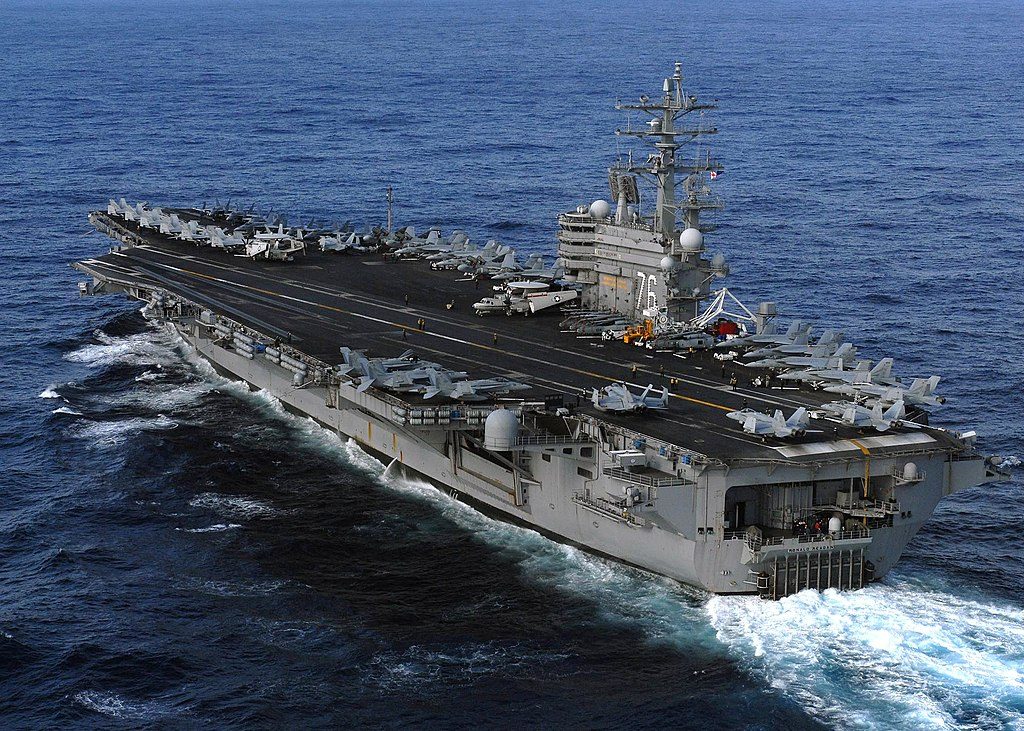 US WARSHIP. A file poto of theUSS Ronald Reagan (CVN 76).

Facebook Twitter Copy URL
Copied
Under the program, the three countries' navies will track down a mock North Korean submarine while exchanging information with each other, a South Korean military official says

SEOUL, South Korea – The naval forces of South Korea, the United States, and Japan will stage their major trilateral anti-submarine exercises for the first time in five years on Friday, September 30, amid tension over North Korea’s recent series of missile tests.

The drills will be held in international waters off the Korean peninsula’s east coast, just a day after North Korea fired two ballistic missiles toward its east coast and US Vice President Kamala Harris visited Seoul and the heavily fortified border between the two Koreas.

“The exercises are designed to improve their capability to respond to increasing North Korean submarine threats, including its submarine-launched ballistic missiles (SLBM) at a time when it consistently poses nuclear and missile threats with a series of ballistic missile tests,” the South Korean navy said in a statement.

The one-day drills are a flagship maritime training that has not been conducted since 2017 because the former progressive South Korean government sought to improve inter-Korean relations and facilitate denuclearization talks between Pyongyang and Washington, which have stalled since 2019.

Under the program, the three countries’ navies will track down a mock North Korean submarine while exchanging information with each other, a South Korean military official said.

The drills came days after a US-based think tank said North Korea may be preparing to launch a new submarine believed to be capable of firing ballistic missiles, citing commercial satellite imagery.

South Korea’s military has also detected signs that the isolated country might be gearing up for an SLBM test, Yonhap news agency reported on Saturday. – Rappler.com