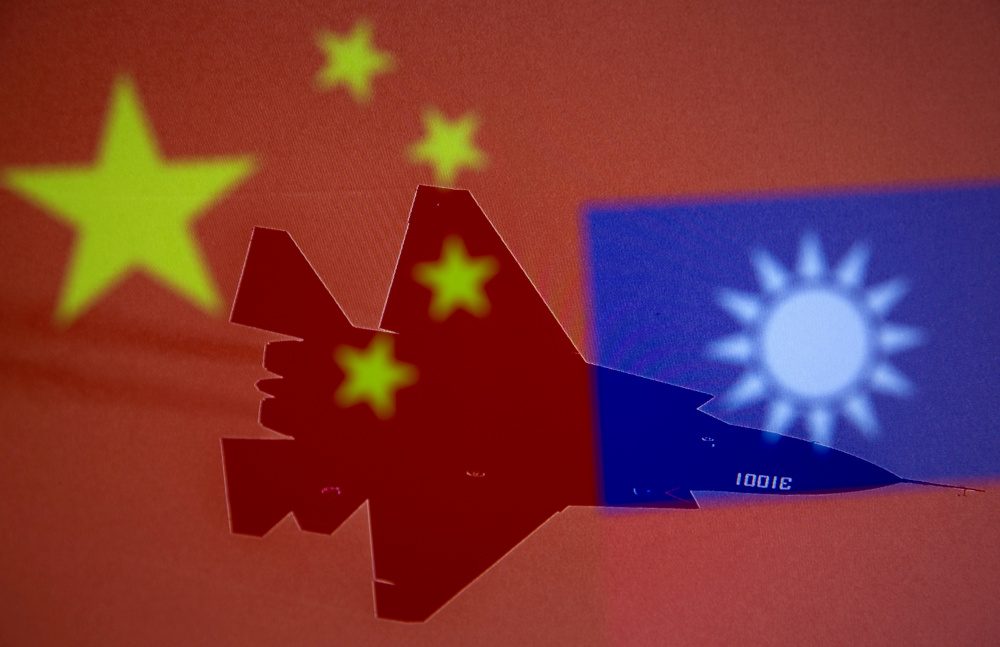 TENSIONS. Chinese and Taiwanese national flags are displayed alongside a military airplane in this illustration taken April 9, 2021.

Facebook Twitter Copy URL
Copied
'I think they have to consider what each individual state can do to deter China from making the decision to use force,’ says Drew Thompson

Southeast Asian countries cannot afford to “opt out of” the rising tension between Taiwan and China and must consider what they can do, individually, to keep the situation from worsening, a Singapore-based expert said.

Drew Thompson, a visiting research fellow at the Lee Kuan Yew School of Public Policy at the National University of Singapore and a former official of the US defense department, said this in a Rappler Talk interview on Thursday, December 2.

“So I don’t think Southeast Asia can stick its head in the sand and simply opt out of the conflict. I think they have to consider what each individual state can do to deter China from making the decision to use force,” Thompson said. 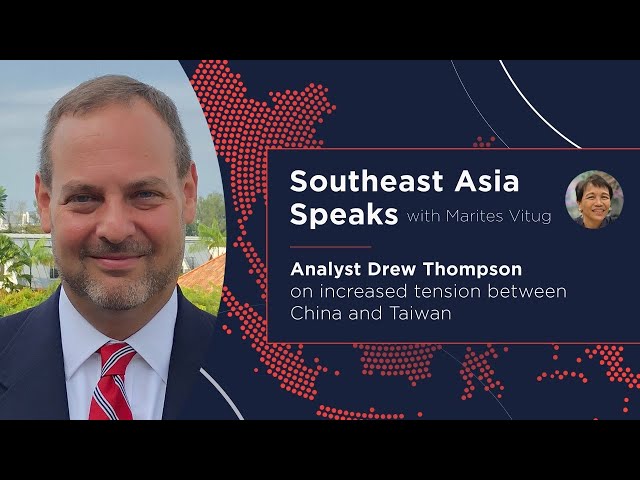 According to Thompson, the prevailing thought in the region was that it would be disadvantageous to “provoke” China.

“I think the prevailing view today is that it’s foolish to provoke China…. Because the risk of China’s retaliation, of economic coercion, of military pressure and coercion is too great. And I think the instinct of most Southeast Asian countries is to stay out of it. We don’t want to choose a side, this is not our problem, this is not our interest,” said Thompson, a former US defense department director for China, Taiwan, and Mongolia.

The Philippines is among the Southeast Asian countries that has taken that position under the administration of Philippine President Rodrigo Duterte, who had chosen not to actively pursue the implementation of the Philippines’ 2016 arbitral victory over China in the South China Sea. (READ: Del Rosario: ‘Chinese aggression may be traced back to wrong Philippine policy’)

In September, at least 10 Chinese aircraft entered Taiwan’s air defense zone a day after Taiwan announced a $9-billion boost in its defense budget. For more than a year, Taiwan has been complaining over China’s repeated air missions within its air defense zone.

Thompson explained that among the ways that Southeast Asian countries can deter China from using force is through the Association of Southeast Asian Nation’s (ASEAN) negotiations with China on the code of conduct in the South China Sea.

“So that could take a couple of forms. That could be using things like the code of conduct negotiations with Beijing to reinforce these principles that force should never be used to solve any conflict in the region, not just Southeast Asia,” Thompson said.

The code of conduct, which has been on the drawing board for 25 years now, is an agreement that would would ensure peace and stability in the region. It would ideally bind China from carrying out acts that would raise tension in the South China Sea or threaten regional stability by defining how aircraft and vessels can pass through disputed areas, among other points. In 2020, Philippine Foreign Secretary Teodoro Locsin Jr. said the government would push for the inclusion of the 2016 Hague ruling – which China has refused t recognize – in the code of conduct.

Retired Philippine Supreme Court justice Antonio Carpio, another South China Sea expert, said earlier that China has rendered any code of conduct in the South China Sea “dead on arrival” through its passage of a law allowing its Coast Guard to use armed force against anyone found in Beijing-claimed waters. – Rappler.com