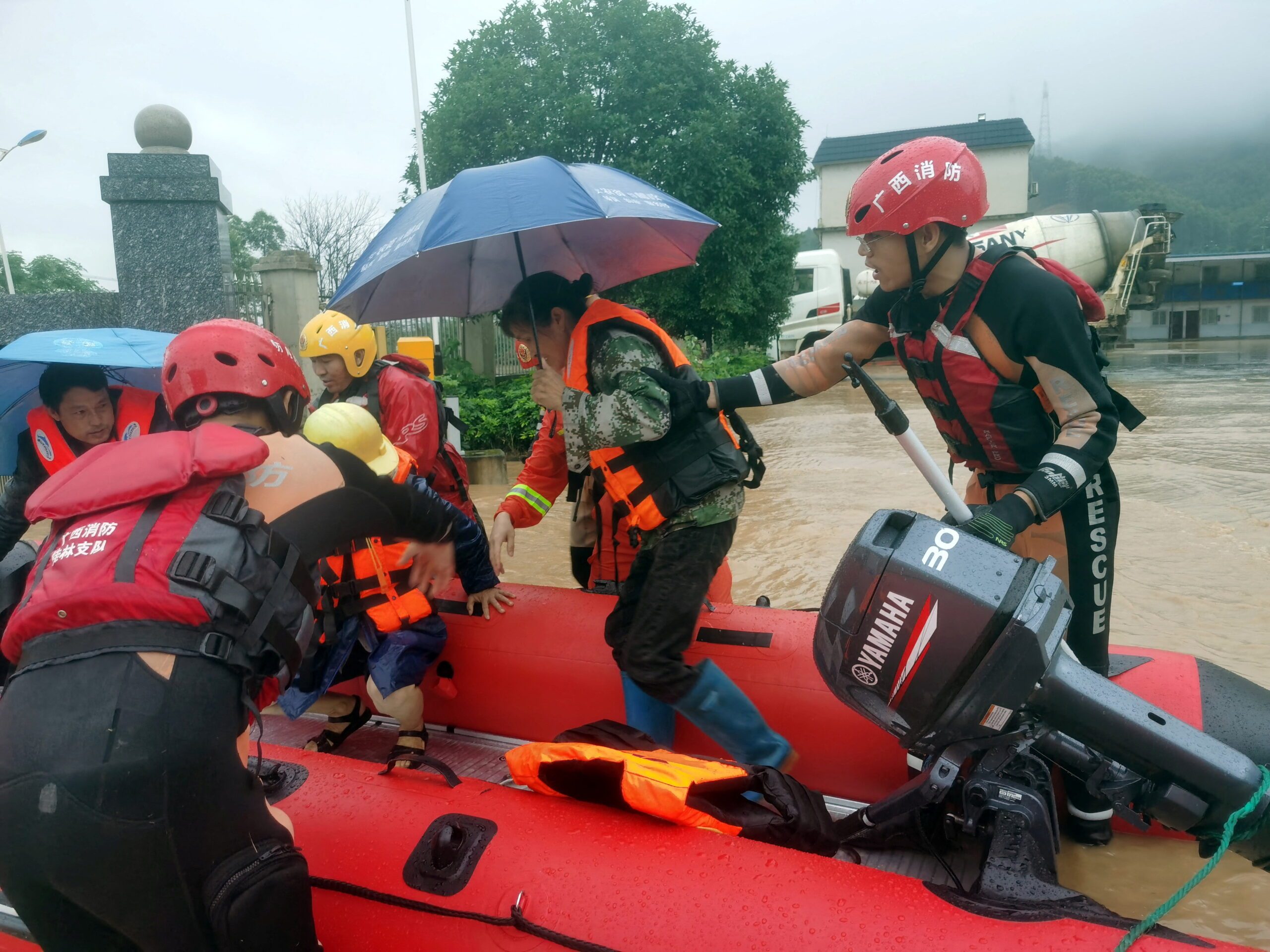 Facebook Twitter Copy URL
Copied
Heavy rainfall will persist in the provinces of Guizhou, Jiangxi, Anhui and Zhejiang, as well as in Guangxi, until early next week, according to state weather forecasts

BEIJING, China – Vast tracts of southern China were pounded by severe storms, triggering flooding in cities and mudslides in rural areas, as the first bout of summer rains reached the peak of their power.

Streets turned to swollen rivers as cars and single-storey houses were swept away in at least two counties in Guizhou province in southwestern China on Saturday, June 18, according to videos circulating on Chinese social media. The rainfall in some areas has been the heaviest in 60 years.

In neighboring autonomous region Guangxi, five villagers were killed when a house built of wood gave way after being lashed by torrential rains, state media said on Saturday.

Heavy rainfall will persist in the provinces of Guizhou, Jiangxi, Anhui, and Zhejiang, as well as in Guangxi, until early next week, according to state weather forecasts on Sunday, as a rainy window known as “dragon boat water” peaks.

In southern China, the weeks preceding and following the Dragon Boat Festival in early June are traditionally marked by unsettled and rainy weather as warm and humid air in the south collides with cooler air masses from the north.

The early summer storms have been greater in intensity and more prolonged than usual this year, with precipitation in Guangxi, Guangdong and Fujian at its highest since 1961, according to local weather bureaus.

“Cold and warm air has converged over southern China, and the two sides have entered into a deadlock and a tug of war,” said Wang Weiyue, an analyst at weather.com.cn, an arm of the China Meteorological Administration.

China is historically prone to summer flooding, but in recent times, it has become more vulnerable due to deforestation, reclamation of wetlands and storage of water for power generation and irrigation. Climate change has also been blamed.

In July 2021, hundreds of people died when extreme flooding struck Zhengzhou, a city of 12 million in central China, some of whom drowned in a submerged subway line.

The ongoing rains in southern China are expected to ease around the summer solstice on Tuesday. – Rappler.com