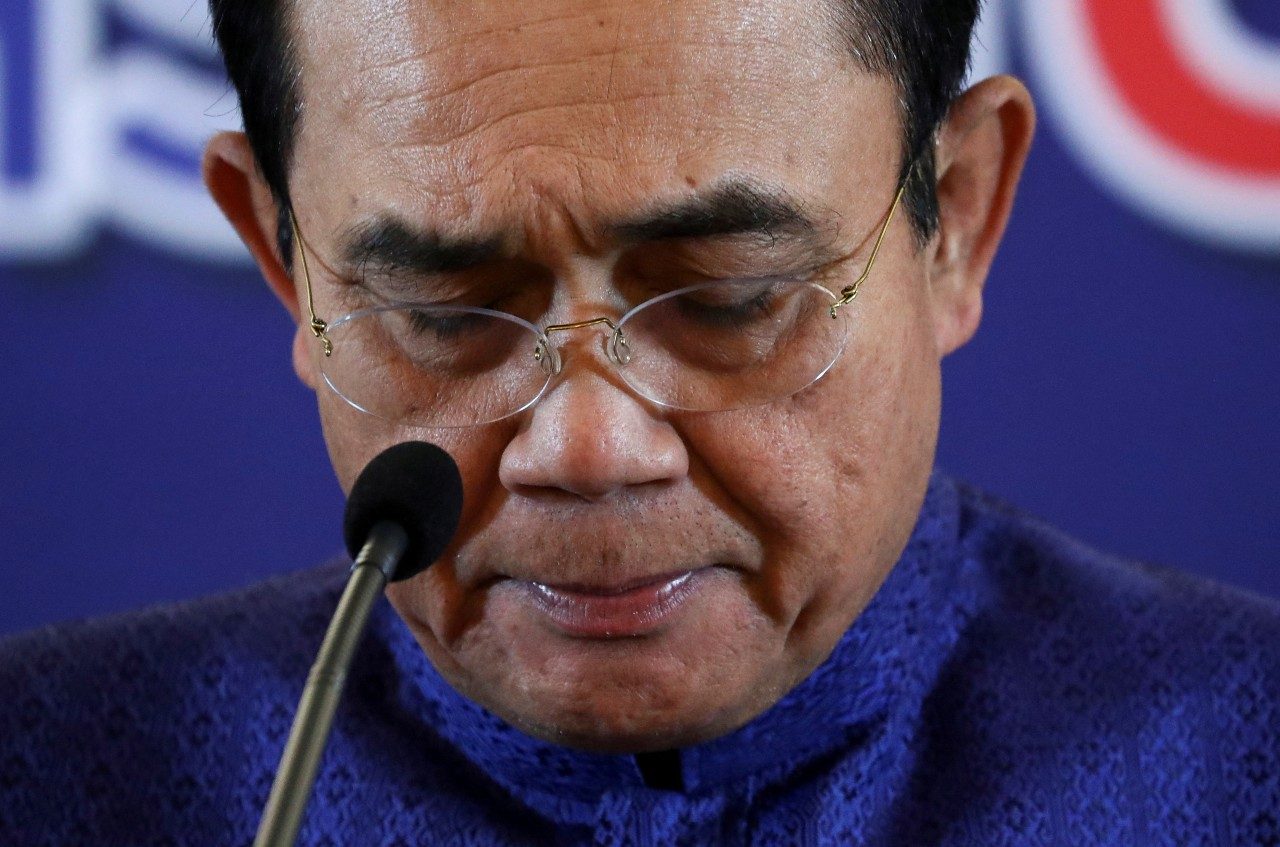 DEFENSE MINISTER. In this file photo, Thailand's Prime Minister Prayuth Chan-ocha speaks during a news conference after a cabinet meeting at the Government House in Bangkok, Thailand, on September 22, 2020.

BANGKOK, Thailand – Suspended Thai leader Prayuth Chan-ocha said on social media he will continue in his role as defense minister, in his first direct address to the public since a court ordered him to cease his duties as prime minister while it reviews his term limit.

“I will continue to do my duty and responsibility as defense minister for the people and Thailand every day,” Prayuth said on his official Twitter account late on Thursday, August 25.

The Constitutional Court on Wednesday, August 24, decided to hear a petition brought by the main opposition party arguing that Prayuth’s years spent as the chief of a military junta after he took power in a 2014 coup, should count toward his overall time in office. The constitution stipulates a term limit of eight years for the prime minister.

It remains unclear when the court will deliver a decision on the review.

The controversy over Prayuth’s term limit is the latest episode in nearly two decades of intermittent political turmoil, including two coups and violent protests, stemming from opposition to military involvement in politics and demands for greater representation as political awareness grows.