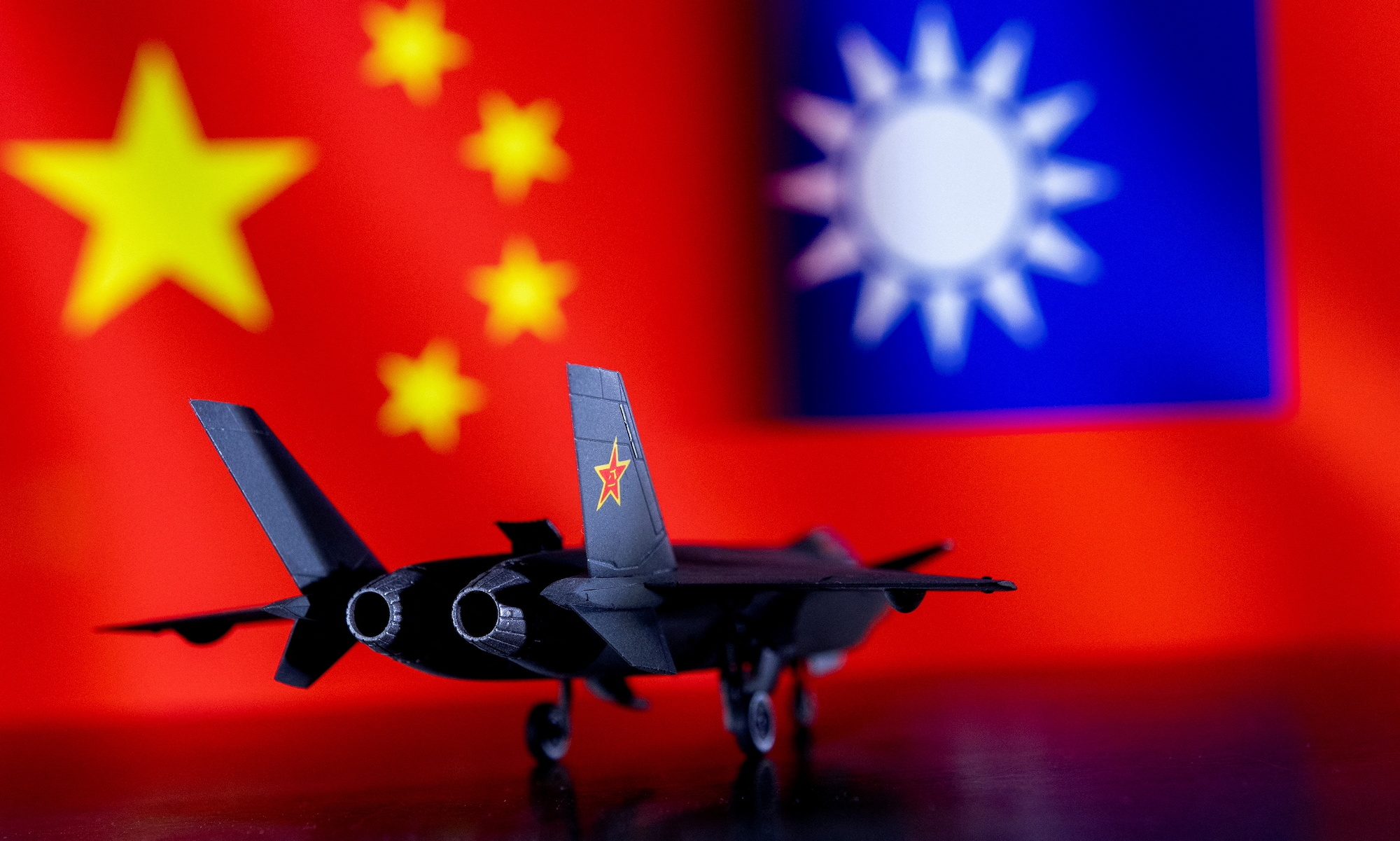 CHINA-TAIWAN TROUBLES. A model of the Chinese Fighter aircraft is seen in front of Chinese and Taiwanese flags in this illustration taken, April 28, 2022.

Facebook Twitter Copy URL
Copied
'China used the exaggerated tricks of cognitive warfare to show how close it was to Penghu – which is not true,' Taiwan Air Force Vice Chief of Staff for Operations Tung Pei-lun says

TAIPEI, Taiwan – Taiwan accused China of exaggeration and “tricks” on Tuesday, August 16, after the Chinese military published footage of the strategically located Penghu islands where there is a major Taiwanese air base.

China, which claims Taiwan as its territory, has carried out military exercises around the island this month after a visit by US House of Representatives Speaker Nancy Pelosi, who was followed by five US lawmakers on Sunday and Monday.

The Chinese military unit responsible for the area adjacent to Taiwan, the People’s Liberation Army’s Eastern Theatre Command, released on Monday video of the Penghu islands, apparently taken by a Chinese air force aircraft close by.

Taiwan Air Force Vice Chief of Staff for Operations Tung Pei-lun told reporters in Taipei that this was Chinese information warfare, though he said he had no comment on who had taken the video.

“China used the exaggerated tricks of cognitive warfare to show how close it was to Penghu – which is not true,” Tung said.

Taiwan’s Defense Ministry on Monday, in an update of Chinese air force activity near Taiwan, showed on a map that the closest Chinese aircraft to Penghu that day were four J-16 fighters.

The fighters crossed the Taiwan Strait median line – normally an unofficial barrier between the two sides – but stayed closer to the Chinese coast than Penghu, the map showed.

Tung said Taiwan had a real-time “grasp” of what was going on in the skies, and that Chinese aircraft have been operating to the north and southwest of Taiwan and across the median line.

“Both the air force and ground air defense forces respond.”

Penghu, a summer tourist destination for its beaches, is close to Taiwan’s southwestern coast, unlike the Taiwan-controlled Kinmen and Matsu islands which are right next to the Chinese coast.

Taiwan’s armed forces are well-equipped but dwarfed by China’s. The island’s president, Tsai Ing-wen, has been overseeing a modernisation programme and has made increasing defence spending a priority.

Defense Ministry spokesman Sun Li-fang said next year’s proposed defense budget had been submitted to the Cabinet for approval.

It is based on the “assessment of the enemy threat”, military development needs, and Taiwan’s overall financial resources, he said, without giving details. – Rappler.com