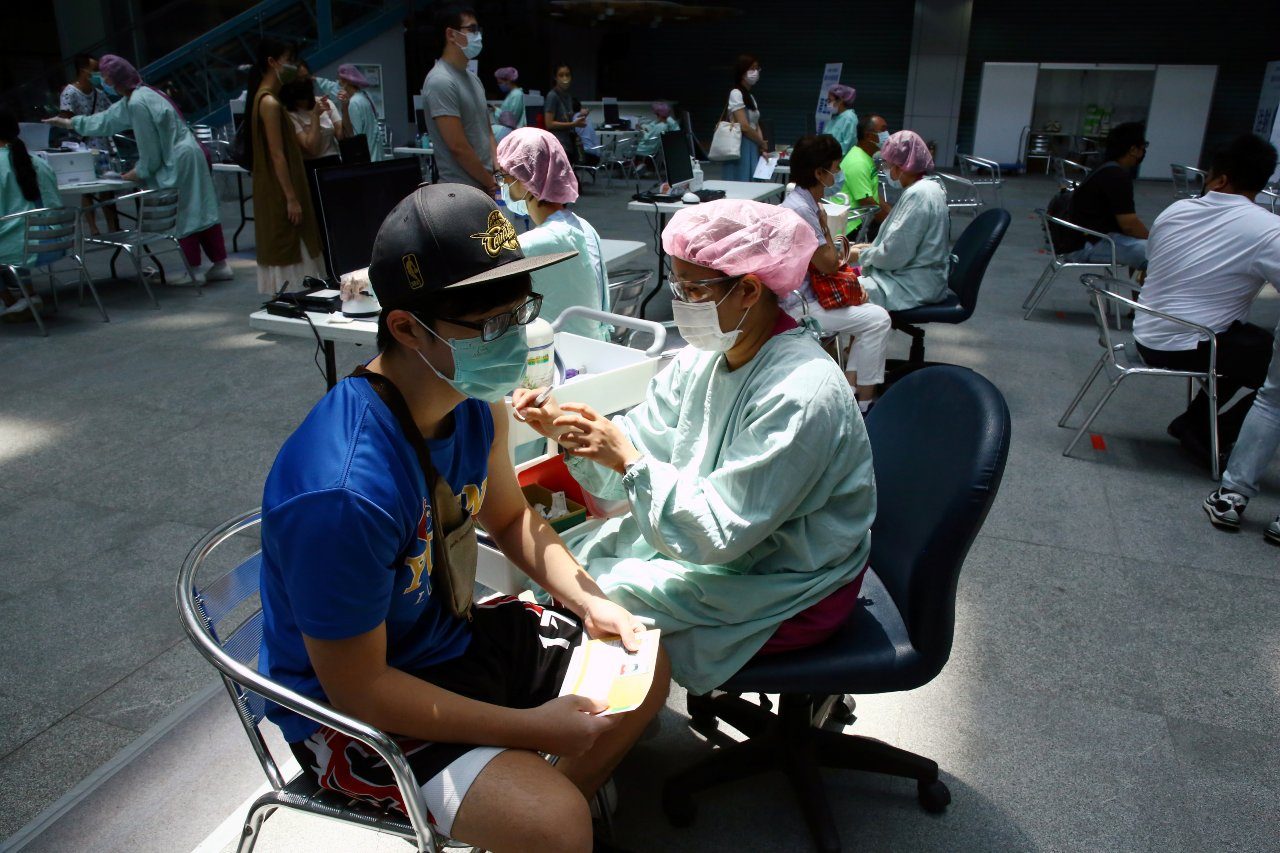 A medical worker administers a dose of the domestically developed Medigen Vaccine Biologics Corp's COVID-19 vaccine at a vaccination site in Taipei, Taiwan, on August 23, 2021.

Facebook Twitter Copy URL
Copied
Taiwan's success stands in stark contrast to many of it neighbors, including Vietnam and Japan, where the virus continues to spread rapidly

Taiwan reported zero new domestic COVID-19 cases on Wednesday, August 25, the first time since May 9 it has logged no community transmissions, with the pandemic on the democratically ruled island now well under control.

The number of COVD-19 cases in Taiwan began climbing in mid-May after months of no or few domestic infections, prompting the government to impose curbs on gatherings, close entertainment venues and stop in-restaurant dining.

With the success of those restrictions, as well as ramped up testing and widespread compliance with the rules including mask wearing, those curbs were eased last month.

Border controls and quarantines for all arrivals have been strengthened.

While Health Minister Chen Shih-chung said he was happy to see no new domestic cases, people should not rest on their laurels and let down their guard.

“These two weeks are a very important observation period. I hope it can be maintained. Everyone, please don’t let up,” he told reporters.

Taiwan’s success stands in stark contrast to many of it neighbors, including Vietnam and Japan, where the virus continues to spread rapidly.

Taiwan has reported 15,939 cases since the pandemic began, including 830 deaths. – Rappler.com