FILE PHOTO: Taiwan President Tsai Ing-wen waves to people while visiting a temple on the first day of the Lunar New Year in Taipei, Taiwan January 22, 2023.

Facebook Twitter Copy URL
Copied
The Vatican is Chinese-claimed Taiwan's sole European diplomatic ally, and Taipei has watched with concern as Pope Francis has moved to improve relations with China

TAIPEI, Taiwan – Taiwan President Tsai Ing-wen has written to Pope Francis to say that war between Taiwan and China is not an option and only by respecting the Taiwanese people’s insistence on sovereignty and freedom can there be healthy ties with Beijing.

The Vatican is Chinese-claimed Taiwan’s sole European diplomatic ally, and Taipei has watched with concern as Pope Francis has moved to improve relations with China. The democratically governed island has formal ties with only 14 countries, largely due to Chinese pressure.

In the letter, sent in response to the Pope’s World Day Of Peace message on January 1, Tsai said war in Ukraine has made the world appreciate the value of peace and that maintaining regional security has become an important consensus.

“In my National Day speech last year, I reiterated that peace and stability in the Taiwan Strait are the foundation for the development of cross-Strait relations and armed confrontation is absolutely not an option,” Tsai said, according to a copy of the letter released by her office on Monday, January 23.

“Only by respecting the commitment of the Taiwanese people to our sovereignty, democracy, and freedom can there be a foundation for resuming constructive interaction across the Taiwan Strait,” she said, referring to the speech she gave on October 10 last year.

China staged war games near Taiwan last August, and Beijing has never renounced the use of force to bring the island under its control. 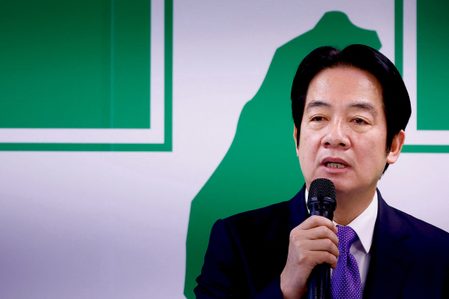 Tsai wrote that Taiwan has sent humanitarian aid to Ukraine, and provided masks and protective equipment to countries during the COVID-19 pandemic, as it “hopes to give the world a better Taiwan”.

“Though we are still excluded from the World Health Organization, we are convinced that taking the lead in making positive contributions will drive a ‘virtuous circle’,” she added.

Taiwan has complained repeatedly that its exclusion from the WHO, due to Chinese pressure, has hampered efforts to fight the COVID-19 pandemic. Both the WHO and China have denied that.