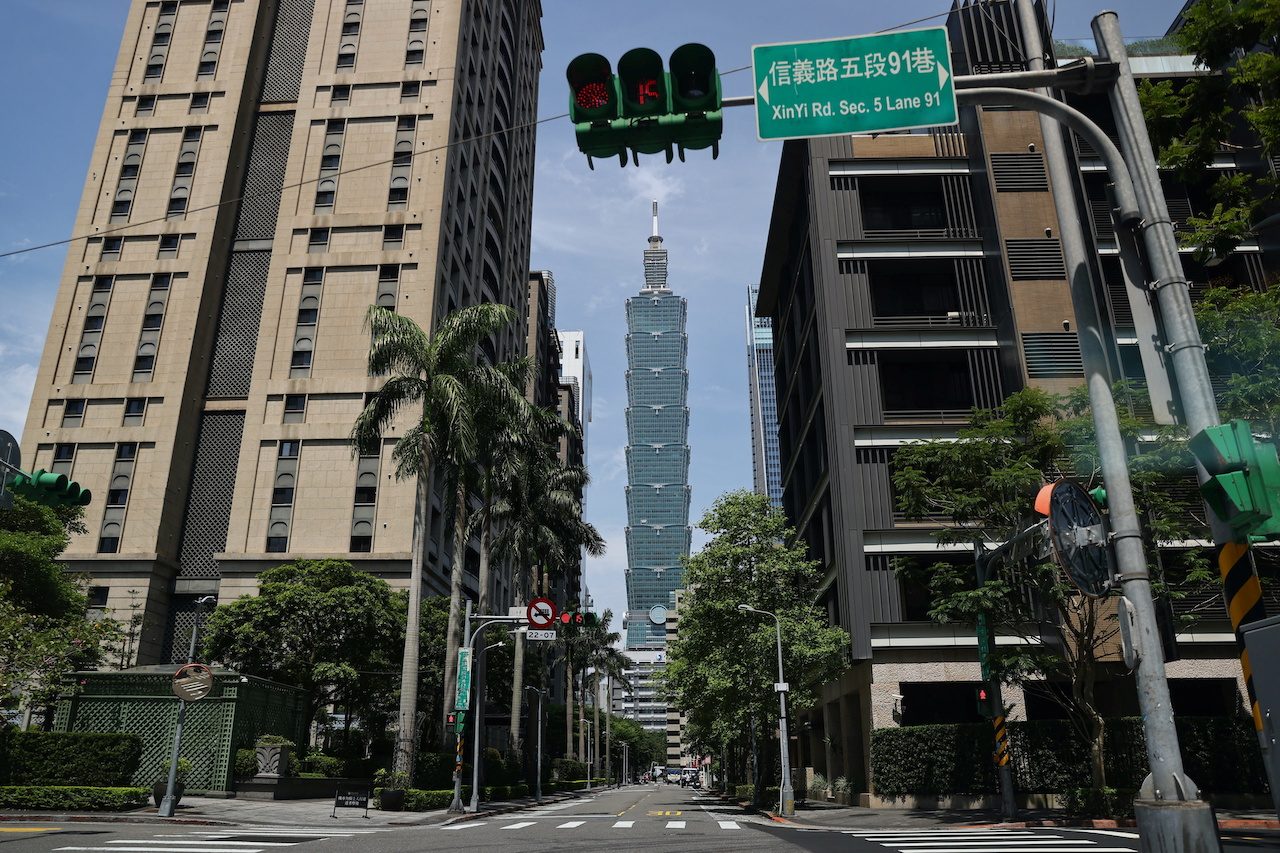 CONTROL INFECTIONS. File photo of an empty street with a view of Taiwan's landmark building Taipei 101 following a surge of coronavirus disease (COVID-19) infections in Taipei, Taiwan May 20, 2021.

All foreign workers at a plant of major Taiwanese chip packager King Yuan Electronics in Taiwan’s northern city of Miaoli will be quarantined as health workers try to stop an outbreak of COVID-19 there, the government said on Sunday, June 6.

While cases had been concentrated in Taipei and neighboring New Taipei, health authorities are now trying to stop an outbreak at two chip packagers in Miaoli, King Yuan and Greatek Electronics, as well as ethernet switch maker Accton Technology Corp.

The government said the quarantine would only apply to King Yuan, where most of the Miaoli infections have happened.

King Yuan did not immediately respond to a request for comment.

Health Minister Chen Shih-chung said 206 workers have so far been confirmed as infected in the Miaoli cluster, mostly migrant workers from abroad.

Taiwan is a major producer of semiconductors for companies like Apple Inc, though the sector has been largely unaffected by the recent rise in COVID-19 numbers.

Case numbers in Taiwan’s main chip hub of Hsinchu have remained low, though the government, working with the military, has set up rapid testing sites there to ensure they can identify any rapid increase.

Hsinchu Mayor Lin Chih-chien said on Sunday companies must ensure their workers are not transferred to work at other factories or in other parts of the island.

Many of the workers at Taiwanese factories come from the Philippines, Indonesia and Vietnam.

Taiwan’s infection numbers have not exploded, the government has said, it is not considering raising the alert level to mandate a full lockdown.

Chen announced 343 new domestic cases on Sunday, down from the 511 domestic infections reported on Saturday.

Taiwan has reported 11,298 cases since the pandemic began, including 260 deaths. – Rappler.com