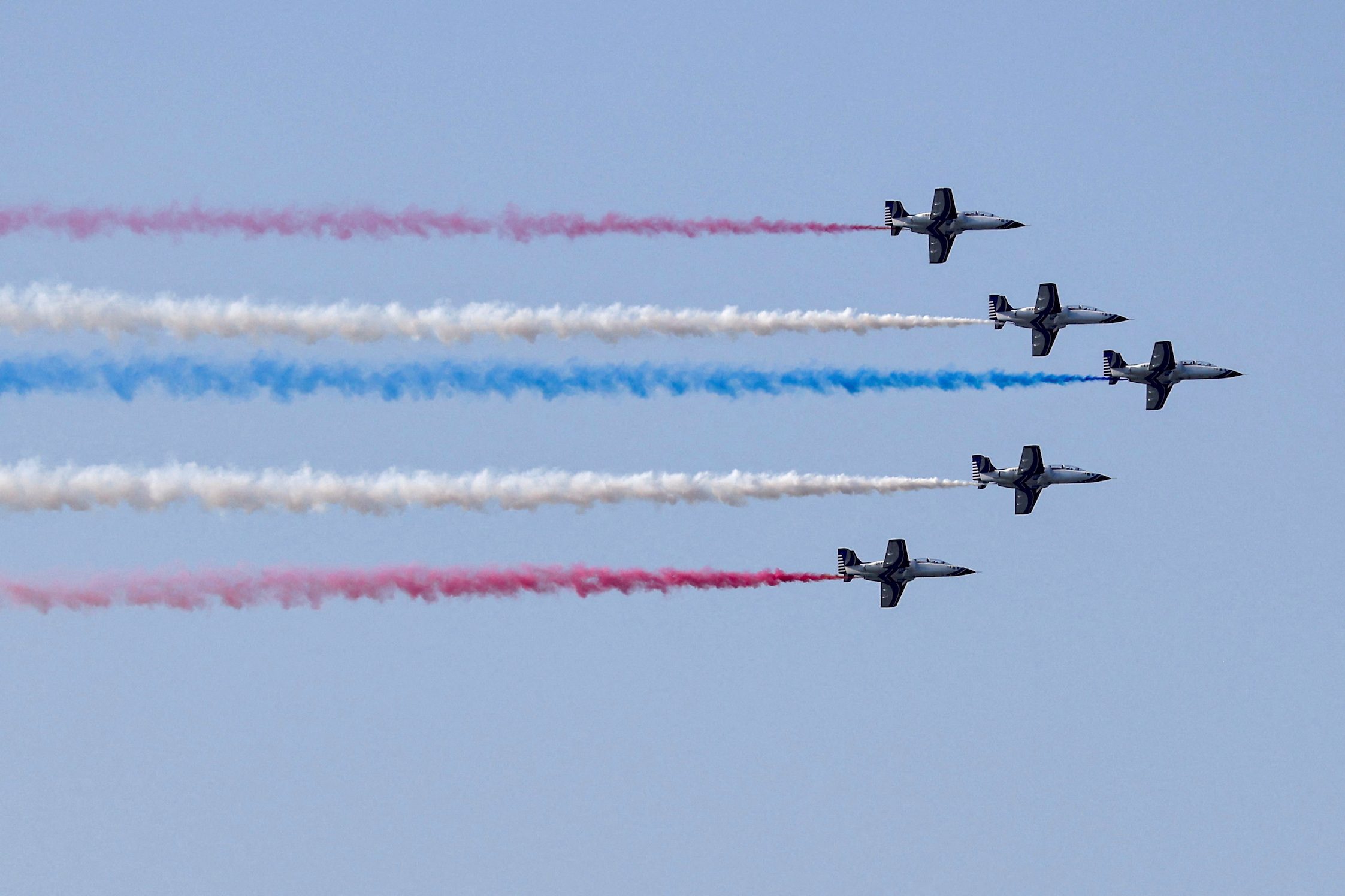 Five AT-3 Advanced Jet trainer fly across the city as rehearsal ahead of Taiwan National Day celebrations in Taipei, Taiwan, September 29, 2022.

Facebook Twitter Copy URL
Copied
Taiwan President Tsai Ing-wen thanks the US for 'upholding the US commitment to Taiwan's security... But we will not depend on others to come to our own defense'

WASHINGTON, USA – Taiwan won’t rely on others for its defense, President Tsai Ing-wen said on Wednesday, October 5, while welcoming a US commitment to the democratically governed island’s security amid what she called Chinese encroachment on its sovereignty.

Tsai’s remarks, pre-recorded and delivered to a US audience at a forum in Washington, come after US President Joe Biden pledged in September to defend Taiwan in the event of any “unprecedented attack” by China.

In her address to the Washington-based Global Taiwan Institute think tank, Tsai thanked the Biden administration and the US Congress for “upholding the US commitment to Taiwan’s security”, and for recent US military arms sales.

“But we will not depend on others to come to our own defense,” Tsai said.

“That is why I want to reiterate that Taiwan is fully committed to protecting our security and maintaining our democratic way of life. We’re also working to adapt our defense strategy to the changing threats we face.”

Though the White House has said Biden’s pledge did not signify a change in US policy, critics argue he may have undercut – intentionally or not – a US stance of not taking a position on Taiwan’s independence.

China, which views Taiwan as its own territory, mounted large-scale military drills to display its anger over an August visit there by US House Speaker Nancy Pelosi.

Chinese military activities have continued since then, though at a much reduced level, and Chinese military aircraft are routinely crossing the median line in the Taiwan Strait, which had for years acted as an unofficial barrier between the two sides.

Taiwan, which strongly objects to China’s claims, reported on Wednesday that eight Chinese fighters flew across the median line.

Tsai said those operations “encroach on Taiwan’s sovereignty and threaten peace and stability in the Indo-Pacific region.”

“We know from history and current events that threats against any one country or region translate directly and indirectly to increasing threats against its neighbors,” she said. – Rappler.com