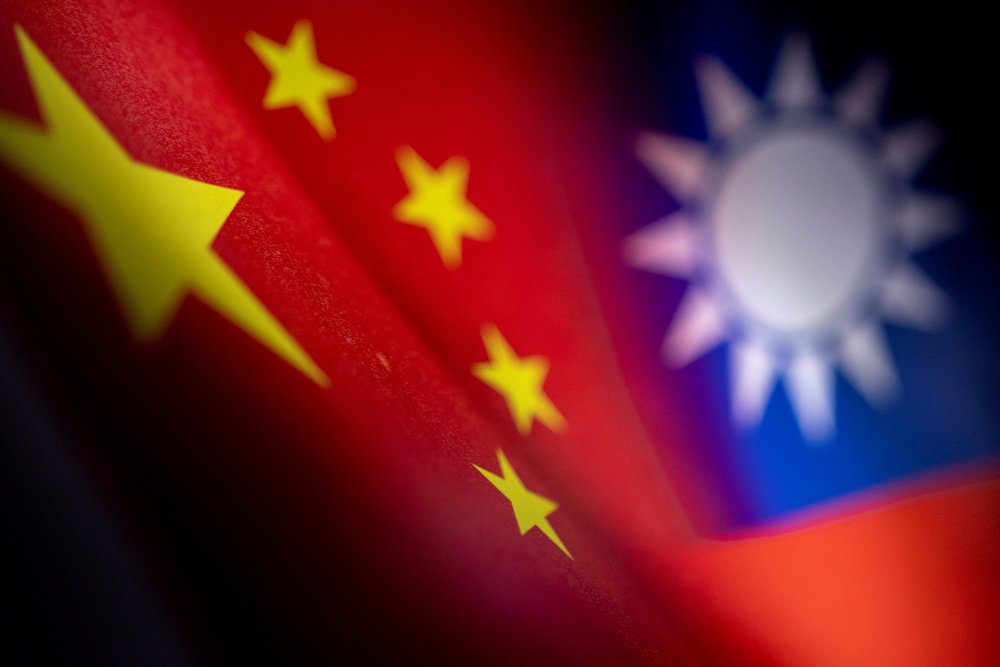 PENGHU, Taiwan – Taiwan fired warning shots at a Chinese drone which buzzed an offshore islet on Tuesday, August 30, shortly after President Tsai Ing-wen said she had ordered Taiwan’s military to take “strong countermeasures” against what she termed Chinese provocations.

It was the first time such warning shots have been fired during a period of heightened tensions between China and Taiwan. Beijing views the island as its own territory, while Taiwan strongly disputes China’s sovereignty claims.

The drone headed back to China after the shots were fired, a military spokesperson said.

Taiwan has complained of Chinese drones repeatedly flying close to small groups of islands it controls near China’s coast as part of military drills by Beijing, most recently by the Kinmen islands.

China has conducted exercises around Taiwan after US House of Representatives Speaker Nancy Pelosi visited the island this month against Beijing’s wishes.

Kinmen defense command spokesman Chang Jung-shun said the live rounds were fired at the drone which had approached Erdan islet just before 6 pm local time (1000 GMT), with flares being used previously. The drone then flew off back to China, he said.

There was no immediate response from China. On Monday, the Chinese Foreign Ministry had dismissed Taiwan’s complaints about the drones as nothing “to make a fuss about.”

US officials, speaking on the condition of anonymity, said it appeared China was using the drones to harass the Taiwanese rather than escalate the situation.

But they added they were monitoring the situation closely and were concerned about accidents in general.

Footage of at least two drone missions showing Taiwanese soldiers at their posts, and in one case throwing rocks at a drone, have circulated widely on Chinese social media.

Speaking earlier on Tuesday while visiting the armed forces on the Penghu islands, Tsai criticised China for its drone and other “grey zone” warfare activity.

She did not elaborate on what countermeasures she had ordered the defence ministry to take.

“I want to tell everyone that the more the enemy provokes, the more calm we must be,” Tsai told naval officers. “We will not provoke disputes, and we will exercise self-restraint, but it does not mean that we will not counter.”

The Kinmen islands are at their closest point just a few hundred metres (yards) from Chinese territory, opposite China’s Xiamen and Quanzhou cities.

Officers told reporters accompanying Tsai that warships and fighter jets based at Penghu – which lies in the Taiwan Strait closer to Taiwan than China – have been going out armed with live ammunition since China began its exercises this month, though they have not opened fire.

“Sometimes near the drill zone communist Chinese fishing boats appear, and they provocatively say ‘hit them, hit them!'” Lee said.

On a Facebook post citing a navy commander in Penghu, Tsai said ships came as close as 500-600 yards to each other and Taiwan ships strictly monitored their Chinese counterparts.

The Chinese military unit responsible for the area adjacent to Taiwan, the People’s Liberation Army’s Eastern Theatre Command, released on Aug. 15 a video of the Penghu islands, apparently taken by China’s air force.

Taiwan’s military termed the video information warfare, accusing China of exaggeration and saying it was not true Chinese forces had come near the islands.

Taiwan’s armed forces are well-equipped but dwarfed by China’s. Tsai has been overseeing a modernization program and has made increasing defense spending a priority.

Asked about the Chinese drone activities earlier on Tuesday, Taiwan Defense Minister Chiu Kuo-cheng could not give details on what they would do to counter the incursions but he said the military would react based on the principle of self-defense.

“Don’t make a fuss then when I set off some firecrackers to scare away some sparrows,” he told reporters in Taipei in a veiled warning to China. – Rappler.com