Taiwan shoots down drone for first time off Chinese coast 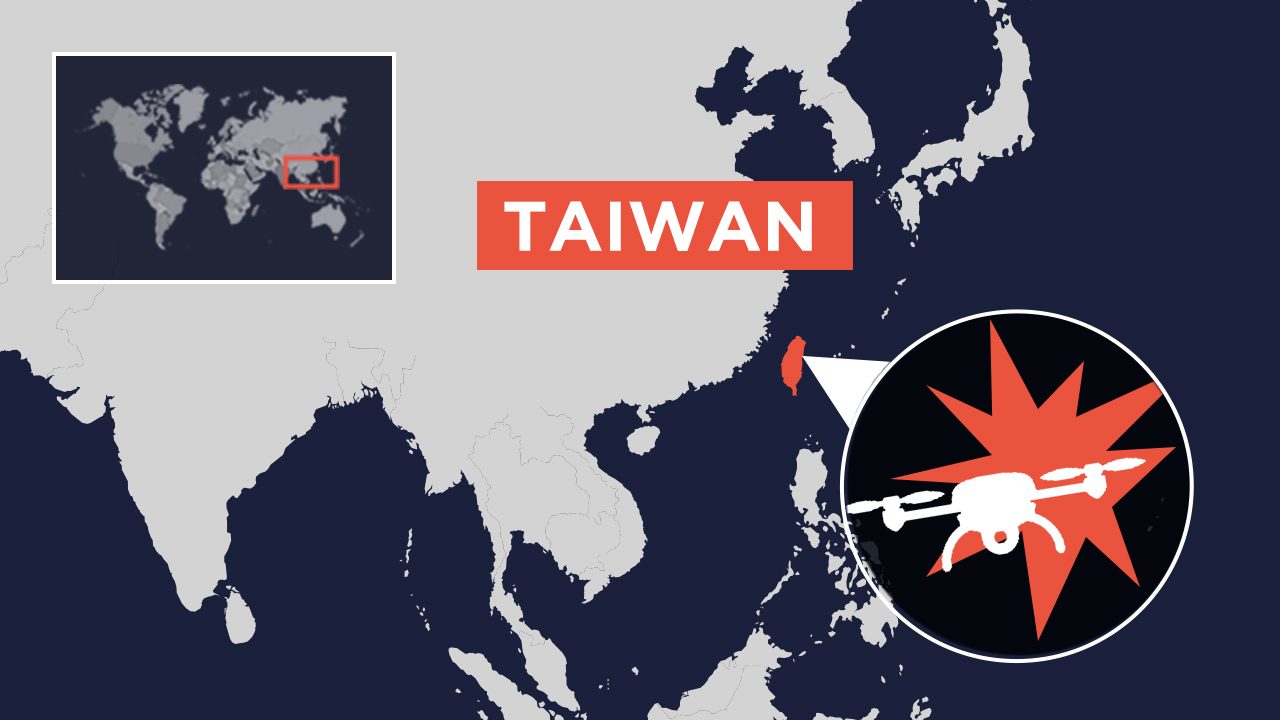 Facebook Twitter Copy URL
Copied
The defense command for Kinmen, a group of Taiwan-controlled islands opposite China's Xiamen and Quanzhou cities, shoot down the civilian drone when it entered restricted airspace over Lion Islet

TAIPEI, Taiwan – Taiwan’s military shot down for the first time an unidentified civilian drone that entered its airspace near an islet off the Chinese coast on Thursday, September 1, after the government vowed to take tough new measures to deal with an increase in such intrusions.

Beijing, which claims Taiwan as its own against the strong objections of the Taipei government, has held military exercises around the island since early last month in reaction to a visit to Taipei by US House of Representatives Speaker Nancy Pelosi.

Taiwan’s government has said it will not provoke or escalate tensions but has been particularly angered recently by repeated cases of Chinese drones buzzing islands controlled by Taiwan close to China’s coast.

The defense command for Kinmen, a group of Taiwan-controlled islands opposite China’s Xiamen and Quanzhou cities, said in a statement released by Taiwan’s defense ministry that the drone entered restricted airspace over Lion Islet just after midday (0400 GMT).

Troops on the islet tried warning it away but to no effect, so shot it down, with the remains landing in the sea, it added.

Taiwan fired warning shots at a drone for the first time on Tuesday shortly after President Tsai Ing-wen ordered the military to take “strong countermeasures” against what she termed Chinese provocations.

Speaking to the armed forces earlier on Thursday, Tsai said China was continuing to use drone intrusions and other “grey zone” tactics to try to intimidate Taiwan, her office cited her as saying in a statement.

Tsai again emphasized that Taiwan would not provoke disputes but that did not mean that it would not take countermeasures, the statement added.

“She has also ordered the Ministry of National Defense to take necessary and strong countermeasures in a timely manner to defend national security,” it said.

“Let the military guard the country without fear and with solid confidence.” – Rappler.com