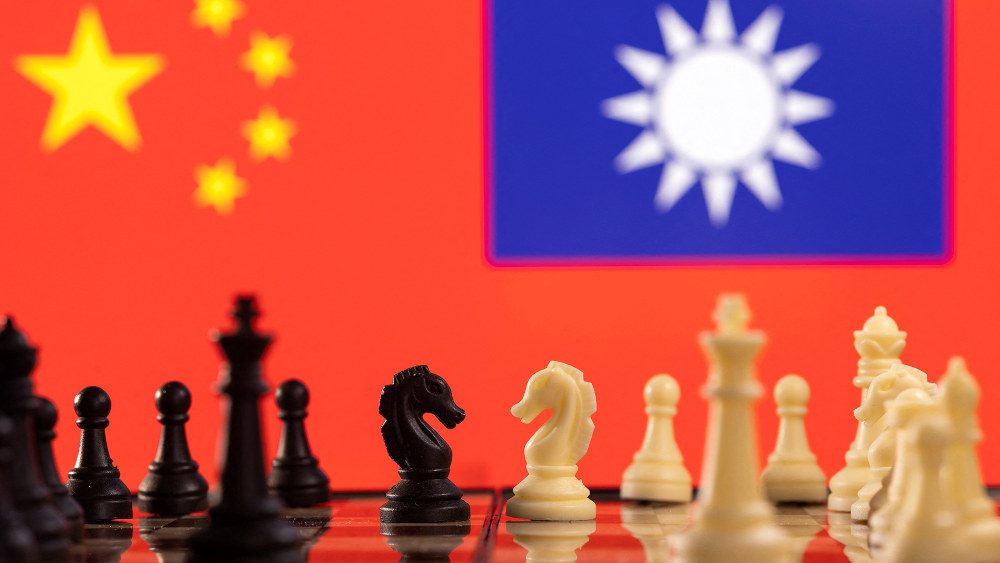 TAIWAN AND CHINA. Chess pieces are seen in front of displayed China and Taiwan's flags in this illustration taken January 25, 2022.

Facebook Twitter Copy URL
Copied
'We want to ensure we have a certain period of stockpiles in Taiwan, including food, including critical supplies, minerals, chemicals and energy of course,' Taiwan Deputy Economy Minister Chen Chern-chyi says

TAIPEI, Taiwan – Taiwan has been taking monthly inventories of critical supplies like food and energy in case of a conflict with China, a government official said on Wednesday, October 5.

China, which claims democratically-ruled Taiwan as its own territory, mounted war games near the island in August following a visit to Taipei by US House Speaker Nancy Pelosi that included firing missiles and steps to mount a blockade.

“With respect to a possible military conflict, we do have preparations for food and for energy and critical supplies including manufacturing supplies. We have a system, we do inventory every month,” Chen said.

“We want to ensure we have a certain period of stockpiles in Taiwan, including food, including critical supplies, minerals, chemicals and energy of course.”

Taiwan’s power mix is made up of liquefied natural gas (LNG), coal, nuclear and renewables, the latter of which the government is trying to scale up.

Resource-poor Taiwan aims to generate more electricity from LNG in the shift away from both coal-powered and nuclear plants, and is building a massive new LNG terminal off its northwestern coast.

“Certainly when it comes to LNG storage, we have previously already had cross-department discussions on this,” Wang said.

Those talks also involved whether to use Taiwan-flagged tankers to import LNG, she added. – Rappler.com